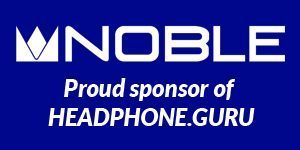 Sometimes a challenge brings a community closer together. The renovations at the Marriott Denver Tech Center were taking longer than expected and CanJam found itself outside the hotel in a large pavilion tent. Naturally this signature event of the CanJam team so ably represented by Jude Mansilla, Joe Cwik and Ethan Opolion had its largest number of participating companies ever for the event. Like the experienced ringmasters they are the CanJam team navigated around the set up day rain, questionable generator power and its largest ever guest list to present a fun and incredibly collegial event. The tent was rocking for a three days and everyone I spoke with seemed to be very pleased at the attendance and avid interest in their products.

The Guru team was there in force with four of us in attendance. I was fortunate to draw “Row #2” for my show coverage.

First up was a visit to perennial show favorite JH Audio. It was great seeing Andy and Sue Regan and the whole JH Team again. Looking at their lineup the new artistic shells and faceplates really jumped out. Woods, Abalone, even glitter was bringing the bling to their lineup. New this year was the updated classic JH16 V2 at $1499 to join the already refreshed JH13 V2 as well as the new entry level JH3X Pro, a three driver two way for $599 that was a great high value sound.

Next was Astell & Kern’s always busy booth. Jimmy Moon and Owen Kwon made sure to point out four major show pieces. First was the new AK XB10 Bluetooth module ($189 USD) which allows cabled headphones to work via bluetooth. It is small and can clip to your pocket with 6-8 hours of battery life. Next was the field recording pieces for the AK3XX series that converts the DAP’s into full high res recorders or vinyl rippers. Tidal streaming is now available as a download for many AK DAP’s with more soon to be supported via the Store option within each units firmware. Finally, the new Michelle from JH Audio joining the rest of the Siren line at an incredible $499!

Atomic Floyd from the UK was showing off their new Hi Def Drums + Remote IEM’s ($175 USD). They offer a Titanium coating on the driver diaphragm with steel to reduce weight. They report a significant sound improvement and greater comfort with the reduced weight. The new design took two years of development. The cable weight is also 30% thinner using oxygen free copper to bring the signal to the dynamic diaphragm. Also on hand were there famous Super Dart Titanium IEM’s at $385 USD.

Cardas Audio was featuring its A8 Ear Speakers ($299 USD). The A8’s are a Dual Magnet Dynamic driver. Also on hand was their EM5813 at $425 USD. No Cardas booth would be complete without custom headphone cables! Cardas offers three levels of cable priced at Cross $210, Clear Light $320 and Clear $600 for 1.5 meter length’s.

I love 1More’s gear. they have no business sounding as good as they do for such an affordable price. Case in point their new iBFree wireless bluetooth iem’s at an astounding $59 USD! Or you could choose their over the ear wireless headphones for $149. As previously reported here at Headphone.Guru, they also have their two driver ($69 USD) and three driver ($99 USD) iem’s available. Terrific value!

Sonoma Audio has partnered with Warwick Audio UK to bring to market a new $5000 Electrostatic headphone and amp system. Martin Roberts the CEO of Warwick Audio showed us the new driver manufacturing process allowing them to lower the cost to nearly half of the cost of comparable systems. Expect to see a review soon of the system here at headphone.Guru!

Zach Mehrbach has been on a tear lately. His newest headphones are completely in house designed and created. The Eikon using biocelluose drivers ($1299 Cherry and $1399 Padauk) and the Atticus using TPE polyethylene driver ($999 Cherry and $1099 Padauk) are dynamic driver cans with a sweet character. Build quality of the wooden cups is bespoke and reflect the exceptional care of their designer. I cannot wait to get a pair in the lab!

Headamp has been a CanJam and Head-Fi staple based on their exceptional Blue Hawaii tube based electrostatic amp ($5800-$6800) and the GS-X MKII Solid State amp ($2999). The big news was the order time for the GS-X MKII is now four to six weeks!! A huge reduction in wait time when ordering in Black, Silver or Red. Peter James other venture with his business associate Michelle in the Bendyhead Headphone stands. Priced at a reasonable $79-89 they have taken the show circuit by storm as a good many of the booths at CanJam had all of their demo cans on bendyhead stands! Peter was also introducing Holo Audio’s new Spring DAC featuring an FPGA controlled and fully balanced ladder DAC for $2399.

Josh Thomas from Rupert Neve Audio was demonstrating the very compact and affordable RNHP Headphone amp taken from the pro audio boards Rupert Neve Audio has been renowned for. At $499 this compact unit delivered a superb sound and still left room on your desktop and money to buy music!

Any fan of personal audio who cannot find what they need at ifi probably doesn’t need it. The array of high performing and affordable gear is incredible. New this year was the iEM Match dongle to match the impedance of the DAP with the headphones ($49) and the iDefender ground loop breaker to stop noisy power ($45). The big news was the new Pro series featuring the Pro iCan amp/Pre-amp ($1700 USD), the Pro DSD DAC with Headphone out ($2000) and the Pro Energizer for electrostatic headphones ($1200) all stackable in a compact rack. Sign me up!

CTM – Clear Tunes Monitors from Orlando has been attending CanJam for a couple of years now. This previously Pro Audio only shop has really stepped it up for the hobbyist. Their new Vintage series has a 50’s style with a today sound vibe. Two, three and four driver models (from $399-599) in very cool Boombox or guitar amp style boxes all offered a solid sound. They also were showing their CT Custom series of six CIEM’s from three to Six driver ($300-$1000) They were also showing Effect Audio Cables from Singapore priced at $150-$350. I brought home a set of the Vintage series fro Guru review. Stay tuned!

Fiio is a great friend to the Head-Fi community. At CanJam their table was full of gear. The two items that really grabbed my attention were the new X1 DAP. A $99 USD entry level player with bluetooth, a micro SD for your tunes and a terrific 11-13 hours of battery life. The big dog was the new X7 DAP pictured in the front…Yes…It is driving the Abyss 1266 Planar Magnetic headphones! Astonishing. Great power and control. It still cannot compete with table top amps for the Abyss but seriously, it had no business sounding this good with them!

Jays from Sweden were attending their first ever CanJam. CEO Rune Torbjornsen and Designer Daniel Andersson came to the show from Stockholm to join US Distributor Stephen Baker. This ten year old Swedish firm was introducing the U-Jay on ear headphone available in both wired and bluetooth models featuring a 40mm driver and a headband of spring steel. The bluetooth model offered 25 hour battery life and bluetooth 4.1. They also brought their Q-Jays in ear monitors featuring dual drivers, offering hi res audio via a metal injected laser cut driver. a custom 1.9mm connector was both secure and robust against connection errors and dropouts. The sound was incisive without being sharp. A very impressive debut!

Wrapping up in the Spill over Evergreen room I finished my show coverage with AudioQuest. They had the NightHawk headphones ($599 and one of my personal reference headhones) paired up with their incredible portable DAC/Amps the DragonFly Red and Black ($99 and $199) as well as their Beetle DAC and JitterBug USB Filter.

really offers terrific value products satisfying many personal audio needs. They also offer high performance at very reasonable prices. I always travel with something from AudioQuest to make my on the road audio experience better.

Once again I left CanJam with great admiration for the continued innovation and passion from everyone showing their gear. A big thumbs up to Jude, Joe and Ethan for being incredible hosts. Everyone was more than impressed at the effort made to make them feel welcome. The camaraderie (and the amazing gear) really demonstrated why people come back year after year.