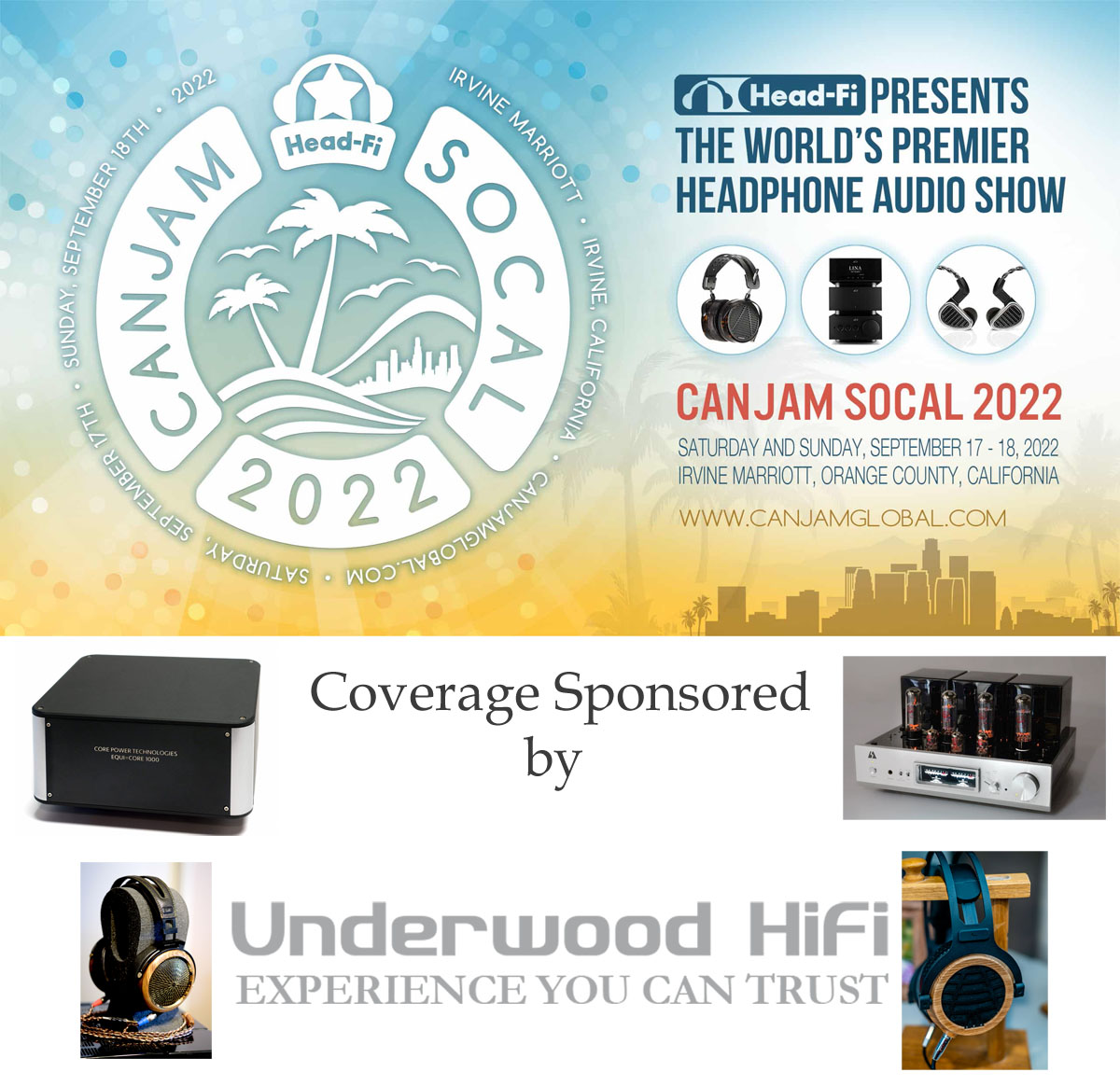 Welcome back to our ongoing coverage of CanJam SoCal 2022 which not only had the largest attendance of any CanJam, but also the most vendors, which means that we will have several more reports before we are done. We would like to extend special thanks to our good friend Walter Liederman of Underwood HiFi, https://www.underwoodhifi.com/, the best place to find high-end audio at affordable prices, for his generous support in sponsoring our show coverage.

Headphones.com was the second retailer I came across who as a dealer dedicated to personal audio represented a host of lines. The first thing to catch my eye other than Syphonium Audio was their gorgeous Pro-Ject Audio Systems George Harrison Recordplayer ($500), though the highlights of the show were of course the fabulous dCS Lina System ($29,150), and the combination of the  HiFi Rose RS150B Reference Network Streamer ($4,995) and the Zähl HM1 Reference Desktop Headphone Amplifier ($7,999) which proved to be an amazing front end for the Dan Clark Audio EXPANSE Planar Magnetic Headphones ($3,999.99). One of the unique features of the HM1 is the ability to turn the negative feedback (“Servo”) on and off, it also offers crossfeed and source mixing.

DUNU was showing off their new DUNU TALOS Planar Mode/Planar + BA Hybrid Mode IEMs ($199.99) which are switchable between Hybrid mode and pure Planar mode via a small switch just below the cable connection to offer different tonal balances for different music. They also had their flagship DUNU Zen Pro IEMs ($899.99) on display along with the rest of the line of stellar IEMs and IEM cables.

Jason Lord of The Source Audio Video Design Group, commonly referred to as The Source AV, was one of the first brick & mortar High-end Audio retailers to fully embrace the Personal Audio Community, going so far as to commit a significant portion of his showroom to Personal Audio, bringing in such leading-edge manufacturers as Questyle, Dan Clark Audio, HeadAmp, Focal, HiFiMan, Audeze, and many, many others, as well as hosting a series of Head-fi meets at his store. In fact, he held a sort of CanJam after party at his store following the show. Not one to go halfway, Jason took up the whole far corner of the room displaying his wares and sharing space with both Sennheiser and ampsandsound. On top of that he had a live-feed video podcast set up interviewing many of the attendant Personal Audio luminaries including Headphone.Guru’s own Frank Iacone which is included below. The highlights of his display were the awesome HeadAmp Blue Hawaii Special Edition Electrostatic Headphone Amplifier ($6,995), the brand new Focal Utopia 2022 Headphones ($4,999), and the Meze Elite Headphones ($4,000).

Chord were showing their new Chord Mojo2 DAC/Headphone Amplifier ($775), and Robb Watts the brains behind Chord Electronics Ltd. was on hand to give a couple of seminars on the design philosophies behind his amazing products.

It is always a pleasure to visit with Denise Martin from Schiit Audio, and they had a host of new products to show at CanJam SoCal 2022, though admittedly I got a preview of them back in July at the Texas Audio Roundup. Top of the bill was their spectacular new 10 tube Schiit Audio Fulvangr Headphone Amplifier ($1,899), though the newest product was their Schiit Audio URD CD Transport (TBA). An exciting find was the Schiit Audio LYR+ Fusion Architecture™ Headphone Amp And Preamp ($699 with tube), a fabulous update to the LYR 3 which can now be used with or without a vacuum tube. And last but certainly not least there was the new Schiit Audio VALI 2++ Tube Hybrid Headphone Amp And Preamp the latest update to one of my all-time favorite amplifiers that I will be reviewing in the near future.