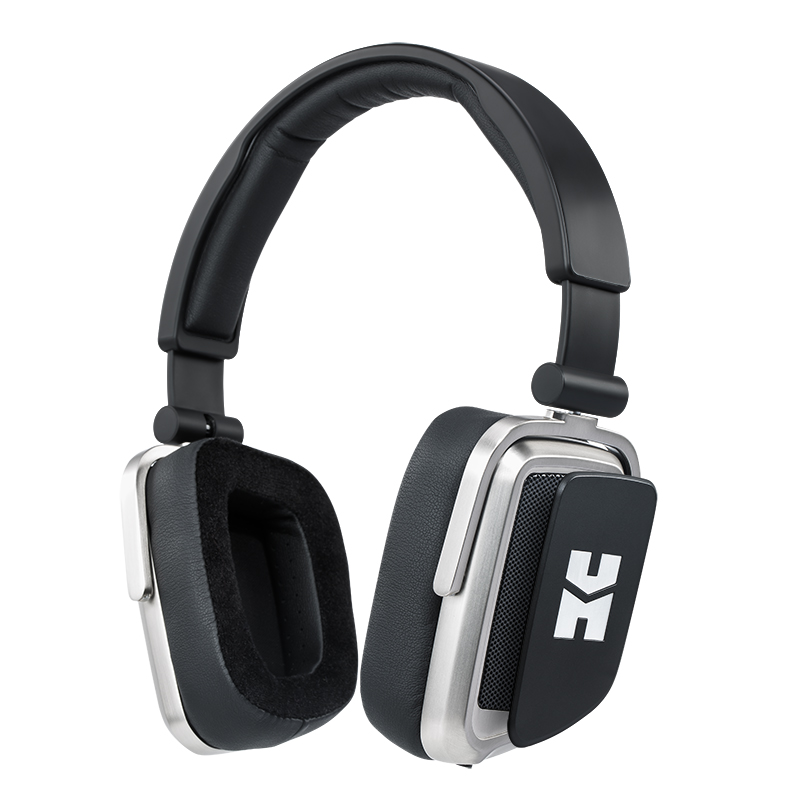 Innovation is a practice reserved for leaders, for it has no time waiting for the status quo to suddenly change. Whereas it seemed an eternity ago that our options were limited to just the HE-400, HE-500, and HE-600, it has now changed as Hifiman’s CEO, Dr. Fang Bian pushes out new ideas regularly.

The company has revamped their entire lineup in the past two years with additions like the HE-1000, HE-400i, HE-400S, and HE-560; all of which were well received  here at Guru. With increasing competition from smaller headphone makers, Hifiman seems to have changed their formula to compete with new inventive creations of their own . It’s paying off for Hifiman as adoption of their products is going well with users on Head-Fi and in the community who have been praising the newer designs being offered.

One of the newest products from the ingenious mind of Dr. Fang Bian are the Hifiman Edition S , an on-ear headphone offered  at $249 MSRP.  Weighing a feathery 248g  it one of the lightest full-size headphones from a major brand on the market and  the comparable AKG Q701 weighs in at 235g and  has a heavier standard cord. The headphone allows  the user  to choose either an open or closed configuration.  The  50mm dynamic drivers has an impedance of 18 ohms and sensitivity of 113dB making it efficient and easy to drive.

The overall build quality of the headphone is solid  despite its competitive and affordable price. The feel of the headphone is quality with a light weight . It’s almost nerve racking to handle at first but after long  hours of usage  it was able to withstand daily abuse with the well-designed frame. Hifiman is pulling out all the stops on their structural capabilities with the Edition S. They are proving that they can create a single frame headphone that is both light and structurally sound even with the housing plate removed for the open-style sound. Comparing to past designs Dr Bian has achieved a structurally sound and affordable design that is durable and designed for long term usage.

A signature part of any Hifiman headphone is with the headphone pads. The Edition S is no exception with its included cushions being like a LAZY-Boy for ears.  The pads are comfortable and feel good on your ears.  While the headphone is marketed as an on-ear and is designed with portability in mind, the size of the pads and ability to convert from closed to open style puts it right at the edge of full-size territory. I found it just a tad too large for public portable use, but that is not to say others won’t feel differently.

The inclusion of a non-proprietary and removable headphone jack on the side is a win for audiophiles and hobbyists . Previous generations of headphones from Hifiman had a removable cable that utilized  a proprietary bayonet for twisting and securing the cable. The Edition S and HE-400S did away with this cable with a more easier and better connector.. It allows for user replace-ability, modifications, and 3rd party audiophile cables to be hooked easily to the headphone . The jack felt sturdy without any abnormal play  given the lightweight included cable. I don’t expect any overbearing stress to be placed on it during normal usage.

If I was to describe the sound of the Edition S in one word, it would be celestial. I’m not referring to it as being reference grade but the sound-stage qualities is outstanding and the music and the musical presentation is excellent. The ability to configure  between a  closed and open back design really helps out with adjusting the sound and makes it one of the first in the world to implement this design.

The sound-stage on the Edition S was wide and produced depth in nearly all musical selections used.  Game users will like the added a layer of realism when the enemy come from behind or when the clashes of your own sword meets the enemies.  When listening to music, it produced a calming effect that had excellent ambience.  Listening to The Eagles “Hotel California” the Edition S created a dreamy atmosphere for me; it was as if I was the protagonist in the song.The soft guitar rhythm in the background is reproduced with a lighter tonality with the added benefit of it also sounding farther away producing a trance like effect when your eyes are closed. The vocals of the singers was the make-it or break-it moment of the song and the Edition S passed this role effectively. It gave leverage to the vocal range and put it in front of the other instrumentals sealing my fate to nod my head with the song and put a big  smile on my face.

Carrying with its “celestial” quality was the airy midrange that brought “Hotel California” to life. The airy vocals are what you would notice right after the spacious sound on first listen. They are characterized in the Edition S by a heightened brightness in the mid to upper vocal range and a drop of tonal warmness.  It produces an effect of a feathery voice that would presumably fly away were it not for the physical housing. This was brought out the most by Adele’s performance of “Set Fire to the Rain” where you could hear  every gasp and intertwining of words.  The perfomance was lifelike and gave credence to the emotional message in the song. The chorus of the song when the title is repeated with Adele unleashing her vocals was breathtaking. The sound of the Edition S vocal presentation was excellent.

The bass  of the Edition S  is balanced and textured but not deep grunting thunderous bass .The dual design of the headphone style is chosen through a removable back-plate which of course would have an effect on the low-range bass response and how well it could be tuned. The headphone is definitely not for bass lovers or those that listen to genres with a prominent bass line but can be satisfying  in most  situations. Tracks used to demo varying levels of low-end performance were “Papaoutai” by Stromae, “Recess” by Skrillex, and “Dirty Vibe” by Skrillex. The results were a little  surprising showing that while the Edition S lacks the deep  bass it is noticeably fast at producing the bass licks in the recordings . The bass heavy song I used being “Recess” had the vibrant vocal areas as expected but failed to make the pronounced oomph during the song’s chorus. This changed when putting on “Papaoutai” which has a medium bass line but a steady beat and “Dirty Vibe” which has the same medium bass with a  fast and clean beat. The Edition S picked this  up wonderfully and hit the quick bass beats and rapping like it was Friday and work just ended.

Overall, the Edition S is really that of a spiritual journey. The sound is full of life and capable of keeping up with fast beats in both music and games. At this price point, it’s a fantastic choice for media jockeys who want a multi-purpose headphone that sounds great, comfortable for long periods, and portable to boot.

*The photos utilized here were provided by Hifiman and are also available on their website.