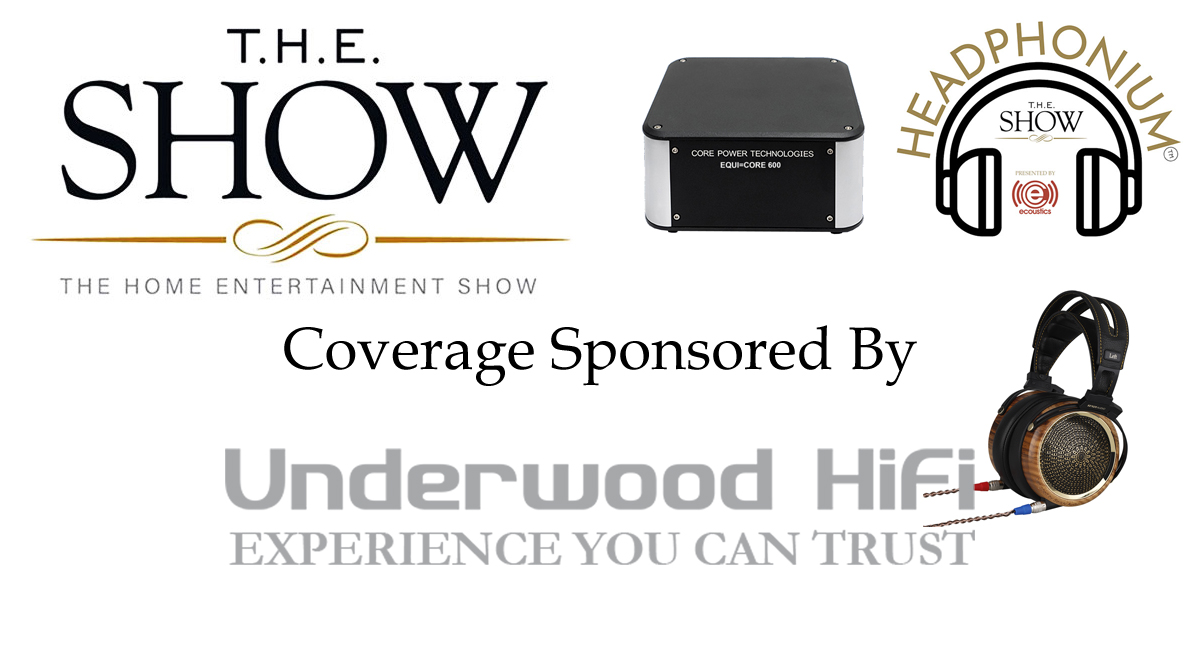 Welcome our multi-part in-depth coverage of The Home Entertainment Show 2022 once again thanks to our good friend Walter Liederman of Underwood HiFi, https://www.underwoodhifi.com/, the best place to find high-end audio at affordable prices, for his magnanimous support in sponsoring our show coverage. As T.H.E. Show caters to the Personal Audio community as well as the two-channel loudspeaker community, we will be running these reports on both Headphone.Guru and HiFiAudio.Guru simultaneously.

One of the most impressive displays was AV Luxury Group International who had one of the large conference halls on the ground floor and a second room dedicated to Margules on the fifth. They had multiple systems active which they would rotate throughout the show highlighting both the fantastic Brodmann Acoustic speakers and legendary Raidho Acoustics speakers with Margules electronics all of which sounded amazing, but the best sound achieved, in fact, the best sound of the show overall went to the Raidho Acoustics TD1.2 Speakers ($25,000/pair) with stands ($3,600) driven by a pair of the magnificent Margules Audio U280-SC 30th Anniversary Limited Edition Class A Tube Amplifiers ($10,000), a Margules Audio SF220 Special Edition Tube Preamplifier ($7,000), sourced from an Esoteric K-01XD SACD Transport ($24,000) run through an Esoteric N-01XD Network DAC ($20,000), with A/C filtration provided by a Shunyata Research Hydra Sigma S12 ($6,500) and RSX power cables.

A Definite Contender was the Margules room with their exquisite Margules TT-10 Turntable playing through their Margules Magenta FZ47DB Phono Stage Preamplifier into their Margules I-240 Stereo Tube Integrated Amplifier driving a pair of Raidho Acoustics TD3.2 speakers.

Ever wonder what the extreme high end of audio was, well Aaudio imports might be able to answer that question, at least when it comes to power sources. Among the many amazing products that Aaudio imports represent is the amazing Isoclean Zero Ohm Gold Plated Power Mains Circuit Breaker Box ($8,750) because performance is all about clean power. The system he was demonstrating consisted of a pair of Wilson Benesch Discovery II Stand Mounted Monitors ($24,500/pair) driven by a Ypsilon Phaethon Silver Edition Integrated (Tube) Hybrid Power Amplifier ($52,000) fed by an Aurender N30SA High Definition Caching Music Server/Streamer running through a Ypsilon DAC1000 Silver Edition Multi-Format Valve DAC ($52,000) using Stage III cables and an HB Cable Design PowerSlave Marble MKII Statement Level Power Distributor ($21,500).

The highlight of the Acora Acoustics room for me was their secondary system with featured a pair of Ampsandsound Zion Monoblocks ($24,000/pair), which I reviewed HERE, driving a pair of their Acora Acoustics SRB Loudspeakers ($15,000/pair + Acora Acoustics SRS-G Stands – $5,000), sourced from an Aurender N30SA Streaming Music Server ($24,000) through a LampizatOr Pacific DAC ($23,500) and a VAC Master Preamplifier ($40,000), with Cardas Cables throughout.

If you want your music to sound like Pink Floyd at the Forum then pbn Audio is for you. Of course, if you listen to a string quartet on this system, it will still sound like Pink Floyd at the Forum. Truth is these are pretty much concert hall P.A. speakers in slightly more presentable clothes. The sound level in this room was measured at 117 dB at one point. The offending system began with the pbn Audio MR!X loudspeaker system ($55,000/pair) with built-in 1000 Watt Class D woofers. Among the other pieces on display were the pbn Audio Groovemaster Vintage Direct Professional turntable ($30,000) with Triplanar U12 tonearm ($9600) and Lyra Lambda Atlas cartridge ($11,500), pbn Audio LXiS line amplifier ($22,000), pbn Audio PXiS phono stage ($22,000), and pbn Audio EB-SA1 450Wpc monoblocks ($34,500/pair).

Next Level HiFi is a by-appointment-only brick-and-mortar high-end audio dealer in Illinois which begs the question of why are they showing at a HiFi show in California, but go figure. Their featured products were Børresen B01 Silver Supreme Edition standmount loudspeaker ($60,500/pair with stands); the Aavik U580 class-D integrated amplifier ($35,000), and the Aavik 5580 Streamer ($25,200).

Alma Music and Audio, a San Diego based retailer, can boast of the second and third best sounding rooms at the show. To begin with, they had an impressive array of Nemesis Decorac Acoustic Panels that not only improved the sound but added a touch of elegance and hominess to their three rooms. Their point source Audio Alto AA R101FR Loudspeakers ($4,000) supported by their Audio Alto AA 1A Stereo Amplifier ($1,990) and Audio Alto Tube Preamplifier ($2,190), with a HiFi Rose RS 150 Streaming DAC ($4,990) was one of my favorite rooms and would have come in second to AV Luxury Group International were it not for their diminutive Boenicke W8 Loudspeaker ($8,500) driven by a pair of Nagra Classic Amp ($19,500/each) and Nagra Classic Preamp ($19,500) with an Innuos Statement Next-Gen Music Server ($21,700) run through an MSB Technologies Premier DAC ($27,950), powered by a Gigawatt PC-4 EVO+ Power Conditioner ($11,700), using Kubala Sosna cables, which just totally blew me away. Their third room featured a Bricasti M25 Stereo Amplifier ($18,000), Briscati M21 Preamplifier ($16,000), an Innuos Statement 1Tb Music Server ($15,100), Wilson Audio Sabrina X Speakers, and Kubala Sosna cables.

Stay tuned for part 3 of our coverage of T.H.E. Show 2022 thanks to Underwood HiFi, https://www.underwoodhifi.com/.