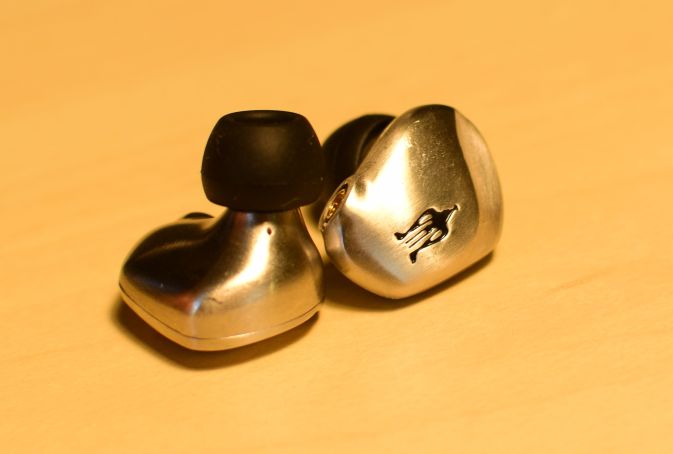 European elegance, a term that has been thrown around for decades and sparks within the viewer’s mind a view of the gilded age of fine goods and beautiful craftsmanship. For the past three or so odd years, my strolls past Meze Audio’s booths always reminded me of that term. “Wow that is beautiful” is commonly the first sentence that comes to my mind when I see the products on the showroom table or when Head-Fi’ers post pictures of their purchases. Guru has long considered products made by Meze Audio as those on the upper scale of ‘refinement’. Our love of the Empyrean clearly shows this. Detail is everything to Meze and they not only talk the talk, they walk the walk too; simply put the headphones on and let them demonstrate.

Introducing the Meze Audio Rai Solo following off the success of their award-winning Rai Penta IEMs. Whereas the Rai Penta is a hybrid driver design, the Rai Solo utilizes a single dynamic driver. Meze is leveraging a technology they call “Unified Pistonic Motion”. A typical dynamic driver has a thin transparent diaphragm membrane that will have two wires attached to it to power the voice coil creating an imbalance in the diaphragm mass and rigidity resulting in waveform distortion. Meze Audio has refined this approach with a new wire-free design by utilizing an electrically conductive membrane which creates an even distribution and accomplishes the idea of a ‘unified’ piston-like motion without bias to one side.

Some benefits that Meze Audio claims from this design are a “low total harmonic distortion, clear mid-range, outstanding reproduction of low frequencies”. This is complemented by a stainless steel shell that Meze Audio utilizes due to its low resonance which allows for minimal interference from vibrations that the driver may produce.

The package and contents for the Rai Solo’s are utilitarian and come with the basics. You’ll receive a nice case, a massive array of tips, and the Rai Solo itself. Upon opening the box, you’ll be immediately drawn to the curvature and metallic shell of the Solo followed quickly by its silver plated copper cables. Have special ear canals? Meze has the hookup; with a wide variety of single and double flange options to choose from. Personally, I rock the single flange tips, I think they work best and offer the most comfort.

The handiwork of the driver units themselves are immediate out of the box; finely machined and perfect on the metal housing. I remember remarking that they were ‘absolute units’, an apt name given their sturdy feel and composition. They are heftier than most in-ears but I did not notice the weight as a con during my time with the Rai Solo; it’s surprisingly agile despite being literally a block of stainless steel. I was particularly enamored with its fine wire guide system and flush outer shell, this made it easy to rest my head on a pillow or to fit inside my helmet when I went out riding. A definite bonus for those that enjoy taking their hobby on the go!

Before you decide on long trips with the Rai Solo, I must mention the cabling and microphonics. These headphone cables can get tangled and will without a doubt need some massaging to unwind the mess. Some headphones can easily be lumped into a handful and stuffed into a pocket, the Rai Solo’s demand your attention; the case is there, use it. The other caveat I’ve found is that running or physically demanding activities with the Rai Solo have yielded some microphonics (sound the cable makes due to physical contact while you wear the earphones) while on the move.

Despite my gripe with the cable, I’ve found the Meze Audio Rai Solo to be an apt companion with me whether at home, work, or on the go. The cables can become a snake nest at times but are surprisingly agile and easy to coil and wind. My trips up into nature on a motorcycle found the Rai Solos as my sole companion into the wilderness. Their low profile and weighted base helped them stay within the confines of my helmet eliminating sound noise while simultaneously providing me with the sweet music in the likes of Fleetwood Mac and Luciano Pavorotti.

For all its worth, the Rai Solo stands out to me due to its edges and contours. There is something mysterious about its exterior composition. Dull reflections and sheen popping from each and every hidden corner. It’s not the typical smooth IEM housing with solid colors and uniform composition. The faceplates of the Solos have multiple molded cuts precisely angled to give it definition without going off the deep end. Opposite the face, we have the inner area meant to fit the contours of your ear. This time, it’s smooth and without the angular cuts to allow for better fitment. Looking in the mirror, the Rai Solos pop against the mundane and add a splash of identity to an otherwise typical landscape that the rest of the competition falls under.

The general sound signature of the Rai Solo is bright, airy, and with an upward shift in frequency dominance towards the upper mid-range. I found it fairly cold and tending towards a balanced accuracy of reproduction than a smothered mid-range to help with being fun and multi-genre friendly. It’s an IEM with a purpose and it knows what it’s targeting.

Listening to “Dreams” by Fleetwood Mac brought out an impressive demonstration of the Rai Solo. Despite its shallow shell and single-driver setup, the Rai Solo’s produce a surprising low end and impressive sound stage. Typically, IEMs made from metal are thought of as being bass light to the point of being anemic. The Rai Solos at the start of “Dreams” produced what I would refer to as the ‘perfect’ amount of bass response to this song. Present with impact and presence (you can definitely feel the sub-bass) without offense.  I do prefer the amount and texturing that full-size headphones like the LCD-2 and Abyss provide but that’s just opinion…or shall I say dreams.

Meze also sought to show off the depth of field the Rai Solos could produce. Fantastic recordings like those from Fleetwood Mac or The Eagles bring out a soundstage with a natural extension to them. Again, contrary to their size and composition, I was floored by how wide the songs were. As a companion on my motorcycle, it was a welcome change for an IEM that added ‘depth’ rather than restricted it. Considering my typical setup is comprised of open-back planar magnetic headphones, the Rai Solo’s felt more at home.

Mid-range balance is a key feature of the Rai Solo’s that I believe deserves recognition. One of the things that differentiates entry-level bright IEMs is how they manage their frequencies and mid-range production. With the former more affordable units, there’s a tendency to expose detail by upping the amplitude of upper mid-range frequencies. Like using software to brighten up an image you took with your smartphone, the background is brighter now, and so too is the rest of the picture; it’s washed out. The Rai Solos are the equivalent of using a DSLR to take a RAW photograph and in post-production, isolating key factors of the background to brighten up. This allows the ability to maintain consistency in photography as it does here. With the Solos, we get a level of instrumental brilliance composited with a flat and stable mid-range. Going back to Fleetwood Mac, the vocals do not bounce around or start producing shrill highs, rather they are kept grounded and consistent.

I will note that the Rai Solos do have specific preferences for genre. Classic rock, funk, jazz, symphonics, and instrumentals are something it absolutely nails. I remember as I was listening to an opera piece that the Rai Solos were on point with the right mid-range balance point. It’s hitting the right notes at this price point in those moments. But moving to more modern tracks which often have low dynamic range and high compression, I found the Rai Solos to be at times sterile. The tuning to the single driver IEM that made it encapsulate techniques and acoustic performance akin to that of a top of the line headphone is also its Achilles heel when you feed it modern pop and say heavy metal.

The Meze Rai Solo is the embodiment of an acoustic engineer chasing near-perfection despite being constrained. As an engineer, your job is never to make something that is perfect, your job is to, with limited resources, produce magic within that budget as close to perfection as you can. The Rai Solo is a love story on the craftsmanship and tuning that its creator gave it; given the type of tracks, genres, and music that audiophiles like, make it perform like an open-back planar magnetic headphone four times its price. And within those constraints, I would say the Rai Solos made it happen. A flat mid-range, a spicy bass that kicks at just the right amounts, a defined soundstage, and vocals packing as little color as they can muster. It has sugar, spice, and everything nice; including its price tag at $249

A bold and refined exterior followed by a carefully crafted acoustic signature. The Meze Rai Solo is an interesting IEM that targets the heart of a true audiophile looking for one thing and one thing only, performance. It is not a ‘fun’ IEM nor does it fit every role and genre under the sun. Instead, it opts to tune itself to perform and produce results geared towards music enjoyment. Other IEMs on the market are like a Subaru Forester, a vehicle geared for a multitude of roles and still decently sporty. The Rai Solo to me is like a Miata MX-5 Club; a surgical weapon on a budget. It’s not that great at carrying groceries or fitting your kids just like how the Rai Solos didn’t work with Kanye West or Babymetal.

Instead, the Rai Solos open up a world of possibilities to the audiophile on a limited budget trying to catch a glimpse of what is up ahead without giving up creature comforts like a comfortable fit or usable cable. The Rai Solos are the answer to a refined sonic experience but at an affordable price.