A Day at the Schiitr – Schiit Launches Three Flavors of Yggy! 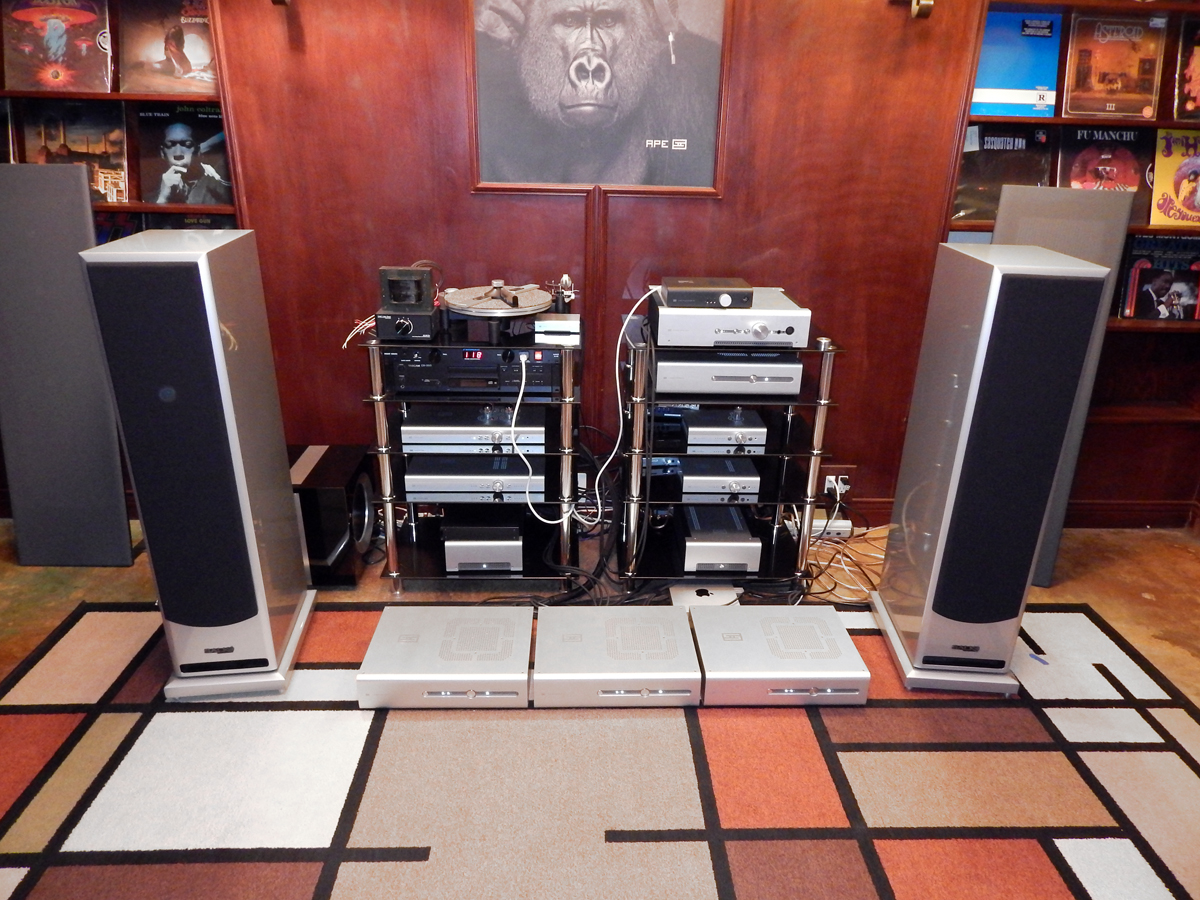 So last week I was invited down to the Schiitr for a secret project event. When I got there I discovered that it was to be a double-blind test (where neither the presenter nor the listener knows which is which) of two new iterations of the Schiit Yggdrasil (the Yggy to those of us who don’t speak Norse) and the current model. Jason has helpfully named the units the Less is More, the More is Less, and the OG (original). Interestingly the reason for the double-blind was not to determine which was best but to verify that different people preferred different iterations. In attendance other than myself were two other reviewers, Brian Hunter and Chris Connaker, as well as Mike Moffat, Jason Stoddard, Denise Martin, Dave Kerstetter, and David Aldrich of Snake Oil Cables playing host. David Aldrich set up the double-blind test using a special cable he had made up that made it impossible to tell which pair going in matched which pair going out, a three-way switcher and three Yggys with secret coded serial numbers. The rest of the system included a Schiit Ragnarok as preamp, a pair of Schiit Aegir amplifiers, and a pair of Salk Tower Speakers with a pair of Magnepan LRSs planar magnetic speakers as alternate.

As I understand the story, they began with nine iterations and pared that down to two, at which point they decided rather than choosing one and cutting out those that would prefer the others that they would in fact offer three variants and appeal to a wider audience, which despite the added expense, makes a certain amount of marketing sense, and is a boon to the consumer.

So I guess you are now wondering how the test turned out, was one superior to the rest, or is it really a question of taste? Well, I picked out the Less is More almost immediately, but on the other hand, got the More is Less and the OG reversed. This was because the More is Less reminded me most of the original Frankenstein produced back in the ‘80s. To be more specific the More is Less was harder, more detailed, less forgiving, (think of the SABRE DAC or a Brickwall filter) when the piano on the recording Chris was demoing with clipped the microphone it was real noticeable. Whereas the Less is More is extremely musical, hence more forgiving (think of the AKM DAC or an Infinite Impulse Response filter). As things would have it, the OG falls directly in the middle.

On the technical side, the Less is More uses four 16-bit DAC chips per channel making it 17-bit due to maths, and the More is Less and OG use two 20-bit DAC chips per channel making them 21-bit. Each of the three use different DAC chips and of course, the attending support system is different. Spec-wise, the More is Less is the best performing DAC that Schiit produces, whereas the OG performs the worst of the three (which is why Schiit doesn’t really care about specs, only sound).

As to the original premise of the test, it fell out pretty evenly with Mike and Chris preferring the Less is More, Brian and myself preferring the OG, and Jason the More is Less.

Which brings us to pricing, which directly corresponds to the cost of production rather than any arbitrary standard. The Less is More will be priced at $2,199, the More is Less will sell for $2,349, and the OG will remain at $2,599

On a side note, one happy benefit of the experience was I got a chance to borrow their Raal|Requisite SR1a (a headphone that I was originally slated to do the review for but got usurped by Frank) and their Schiit Jotunheim R Amplifier/True Multibit DAC (reviewed by Peter) so that I could finally get a chance to evaluate this truly amazing product in my own environment.

The SR1a totally lived up to its promise as a one-of-a-kind headphone experience. The Ribbon panels are adjustable (from flat against your ear to horizontal at a 90º angle to the ear) allowing you to achieve a speaker-like three-dimensional image. While a little awkward at first (nowhere near as bad as the Abyss AB-1266) once you settle in they are quite comfortable and the sound is epic being one of the smoothest ribbon drivers I have heard, while retaining that lightening speed.

Price for the Jotuneheim R with True Multibit DAC card: $999.