A8 Earspeaker and 30th Anniversary Edition by Cardas 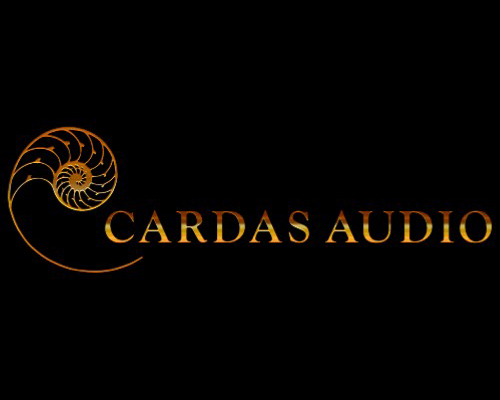 George Cardas has been designing amazing and innovative products for the past 30 years. The company has developed a reputation for building some of the worlds finest cables. Their cables are world known for getting the most fidelity out of your audio gear. George saw the need for an affordable ear speaker and designed their first ear -speaker in 2013 the EM5813, which used the Clear Light Cable, a well-known cable that offered exceptional clarity. The ear speaker had a copper housing and was a single driver design that had exceptional musicality. The feedback from the community said the cable at times could be cumbersome and Cardas through the feedback he was getting decided to make changes to the original design, made changes to the cable and driver and the A8 was born maintaining the single driver but adding a more refined cable and introduced to the market.

The A8 houses a dual magnet driver designed by George Cardas and still maintains the integrity of the EM5813 but the pole piece has been replaced by a contoured field permanent magnet. The new litz designed cable was less cumbersome but still had the trademark Cardas transparency.The A8 offered at $299.00 makes this one of the best values for ear speakers currently available. The 30th Anniversary edition added a longer cable and a different design and is offered at $349.00. Having both on hand it was hard to distinguish sound differences, The cable on the 30th editions is thinner and has the Cardas house sound in addition to being lighter and thinner and has a nice carrying case with a nice selection of in ear tips, which gave me a good seal and were comfortable to wear.

The A8 still uses a single driver similar to the original but much improved over the EM5813. The A8 has outstanding extension in the treble and offers a unique midrange that delivers outstanding tonality and neutral in presentation yet the clarity and transparency is rare to find in ear speakers in this price range The sound is crisp and never masks anything that is in the recording, yet had balanced a musical presentation.

Sinatra 57 In Concert is a rare recording and listening to “It happened in Monterey” delivered Frank’s performance with excellent clarity, focus and musicality. The A8 was able to compete with many ear speakers costing much more. The sound was exceptional with a pristine midrange and delivered tonality of instruments that could only be described as musical and rarely offered in products in this price range. The orchestra was all layered on the soundstage, had excellent air and space between the musicians, and Sinatra’s masterful performance captured the crowd.

Abbey Road by the Beatles is still one of my favorite recordings and may be their best work. Listening to “Something” had the band sounding crisp and musical. The sound coming from the A8 had exceptional clarity while playing this tune on the AK240. The performance showcased the individual voices on the recording and never mushed them together and let the individual voices come through with exceptional clarity. George Harrison’s guitar had excellent inner detail and exceptional clarity. The pristine performance was captured by the A8 and brought the Beatles to life.

Sa Chen’s Chopin Piano Concerto #1 in E Minor on Pentatone further showcased what the A8 was capable of producing in soundstage layering. The piece opens with a full-scale orchestra and the stage had good width and had exceptional front to back depth of the musicians spread out in a realistic and clear window. Her interpretation of Chopin was outstanding. The speed and delicacy of her performance was never omitted and the A8 nailed her performance with musicality and it was if I was seeing the performance through a clear window. Missing was any grunge or harshness and the sound was vivid and transparent.

The A8 30th anniversary edition and stock edition are both exceptional transducers. The only differences are in cable design . Using the 30th Anniversary model mostly during my long sessions I was continuously impressed by the level of transparency. Rare to find, in products in this price range, is balance and neutrality. Out of the box I knew immediately that this was a special ear-speaker. Having reviewed many affordable products in the past, as my time with the A8 started to log long hours of listening, I knew this was a special product and my excitement started to grow.

Many products that are single driver fail to offer the level of transparency that the A8 produces, The neutrality is exceptional and while listening to Antiphone Blues by Arne Domnerus, I was in awe. The saxophones recorded in a Church were soaring to what seemed like endless highs. The pipe organ was all-present, and never in any product previously in this price range, was I able to clearly hear the echo and decay of the church as well as delivered by the A8 . I could feel the pipe organ, and the sound was always musical. Many products with poor bass extension fail miserably with this recording and every time I listened to it on the A8, I was continuously impressed with a product priced this reasonable, that could nail the performance of, especially the decay of, the venue and the pipe organ which is always challenging to get right.

The A8 never embarrassed itself in comparison to ear-speakers costing hundreds and in some instances 8 or 9X more money. The outstanding clarity and transparency the transducer offers is a testament to George Cardas and his team. The A8 offers the music lover a sense of realism rarely found in products priced this reasonably. The sound is neutral, with outstanding clarity, and makes the listener forget they are listening to a $349.00 ear-speaker. The A8 is one of the finest sound products, regardless of price, and always delivers musicality with exceptional dynamics.

Listening to the community and building a product for the personal audio enthusiast is never easy and always challenging. The addition of the 30th anniversary litz cable offered a lighter alternative and offers exemplary clarity and makes the music come alive. The A8 delivered everything I look for in a reference product. The delivery of a balanced and superb midrange along with an outstanding soundstage held my attention for long listening periods. The A8 30th Anniversary Edition offered, at $349, is a shining star in a crowded field of in ear monitors. Musicality in both A8 models will satisfy you with long hours of musical enjoyment and is recommended for any music lover who wants a natural sounding ear-speaker that always delivers the high-fidelity sound we crave. Outstanding product and gets a big thumb up for performance and tonality. Highly Recommended