Are ears no longer needed in music discovery as A&R is changing and what does that mean for you as a listener and lover of great new music? 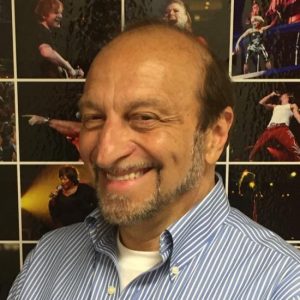 It’s no secret that I love all kinds and types of music as discovery is essential in our business, but I find myself extremely picky and opinionated when it comes to protecting and fighting to maintain a bar of greatness in every area of the process. Making a hit record is many times just sheer luck and timing, but for the most part it can be a very intensive, difficult and passionate endeavor, that takes all one has in them to orchestrate the process for a successful result. It’s like walking a labyrinth that worms its way from the initial signing of an artist to the development, song crafting, preproduction plans and more that culminate in an eventual release to the public.

This is the way it used to happen when you had great song-men and visionaries called Talent Scouts who worked at the labels. It was not a job one gave to an intern, novice or a minimum wage “wanna be”, but a position of great importance, and much responsibility requiring a great ear, which is why it was held in high regard.

Now, if you want to talk accomplishments and a career path worthwhile as a formal position that was indispensable in the music industry, then John was your man and his life and achievements, truly legendary, maybe never be duplicated.

Today we live in a new and different environment and that is perfectly understandable as times change and so must we, especially if one wants to survive and thrive. In all fairness, there are no longer as many clubs and venues to see new and great music as it develops. People don’t interact as much as they once did when it was commonplace to congregate at a club to meet people and enjoy the scene and sounds. The music was not only a backdrop for the social interaction of the individuals who frequented the clubs, but believe it or not, there was a time when people went specifically to see bands and performers as their intended destination and focus of the evening, with the social side effects of meeting others just happening as a happenstance of enjoying a great evening of entertainment.

This is the business that I grew up in and remembered, which formed the basis of the path I took in the music industry and proved to be the way one discovered, created and presented a great song and greater long lasting artists to the world.

So now, let’s jump a few decades into the future where we now reside and see how things have all changed when it comes to the music discovery process and the benefits and pitfalls of using technology and social media/networking to expedite the entire process from discovery to delivery and beyond!

I’m a student of the music industry, always looking beyond where we are and to where it is I believe we may go. That makes for many nights I would go to sleep feeling as if I knew everything only to awaken the next morning to say, “Huh! What’s going on in this business”. It is a great humbling experience if you work hard and focused at your job and have the desire to delve into what you don’t know or yet understand. Taking the leap and hoping the net will appear! Today we have new tools of discovering, stemming from social networking where everything you do is intertwined into our everyday lives, with no boundaries allowing for the very young, old and everything in between to be exposed to ones thoughts without any, or few, filters. It was not more than 13 years ago that Facebook was not here as something most adults knew of or understood, and today it has been taking over, outrunning all media while making the teens, young men and women who it was designed for flee to look for other options for interaction such as Instagram, Snapchat, Whatapp and Tumblr, as they attempt to distance themselves from their totally uncool parents who are now using what was once only theirs and now belongs to everyone.

Our world, of what we are impacted by and exposed to, has changed and become affected and held hostage to Likes, the number of “Friends” one has, the Groups they belong to, Views & Clicks your assets receive, the number of Followers you have and exposure you get on the other music outreach platforms such as Reverb Nation and Band Camp all vying for the attention of the consumer.

What was once only used and thought of as a sidebar to daily life for seeking information, took over with a force and intensity never before seen, changing everything we knew and how we communicated with one another. Going out to discover new things and meet people was replaced by sitting at home entering your personal information and waiting to see what the outcome was once it was all populated into a computer profile. The profile then tells you where you could go to have food, how to meet a companion suited to you, enter into a gaming match or discovering what you like in goods and even music. Was this really progress or the beginning of desensitizing us, to get us used to thinking less and lose control over our hearts, emotions, desires and some of the carefree inquisitive actions we sometimes took that made us unique and open to the surprise of the undiscovered unproven things that make the world a place of WONDER! A world of predictable outcomes is a horrible boring place where the mind dies.

Today’s A&R people for the majority of their job duties and activities, do not need ears, heart, sensitivity, gut or even that leap of faith that set them apart. NO, you see today the A&R person is really a boring follower, who could be an accountant of sorts, as their job is to read NUMBERS, in an effort to decide whose best at what they do and worthy to be brought to our attention! Absurd!

They are not talent scouts, merely statisticians reading the views on YouTube, the Followers a band or Singer has on Facebook, what’s going on with Twitter, the comments on Instagram, number of plays on Reverb Nation or the millions of votes on a TV music reality talent show, all of which remove the vision of one believer who had an instinct regardless of what the conventional wisdom was.

Sure, this is a really good way for labels to limit their exposure to cash outlays, that may not produce a good return on their investment, but what does it mean for the future of music and can any of these “click counters” really truly come up with the next great artist or band that will be here long after they and the current environment on the Internet is gone? I certainly don’t think so. I am not one who says his music is superior to everything today and all we did was better, as it is just not the case. Things change and the music and artists that are developed are a reflection of the current day or environment and should reflect current trends times and topics relatable to their audience, but how they are found, developed and cultivated should not always be subject to the popularity contests or the marketers who work to make their inferior product better or more palatable. “You cannot polish a turd” was the slogan I grew up with, but damn the Internet can surely do some photoshopping, auto-tuning and pitch shifts to make crap look appetizing, at least from afar, on the first glance or listen.

My point here is to say if we look only to the current accepted ways of judging talent, by seeing who has the MOST of everything and sign them on that alone, we may be fooling ourselves and cheating the people we want to serve, who deserve better than that and don’t deserve to be taken or scammed by us. People do not actually know what they want until they hear it and giving them the same old thing you know is a staple in their diets, is like serving up only a menu of junk food which you continue to do as long as you hook them and can get them to come back. You don’t really care about their overall health and nutrition because you figure you made your money and be gone by the time the study comes out to tell them why they are sick, poisoned and were treated so poorly. That is how the music business got to the horrible place we’re in, by serving up inferior crap mixed in with a few great entrees as long as no one complained and they kept making money off of suckers who did not know better. That changed and so will this trend in A&Ring as reading graphs and figures that can easily be manipulated and produced garbage releases such as the former Dr. Phil troubled 13-year-old guest, Bhad Bhabie a.k.a Danielle Bregoli, doing a mindless train of thoughtless rap and was signed to the once great Atlantic Records (b). There will be no follow up because there is no UP to follow on this and it really makes one think that the future of great music will be challenged with the clutter from some of the impulsive inept A&R people who now report to the labels. Not all are bad but the dominance of the inferior ones is clearly visible to those of us with ears! Music and times change but should we ever lose the ability of one individual to pursue an artist that does not fit the mold and does something great even if it does not have the burdensome qualifications of a hit of the day to be in the game, the only losers are us! We and future generations of music lovers who want to be challenged and have their taste broadened will never know what we were not able to hear only because it did not have the PR, hyperbole and hype that a trend or a abnormal situation can attract. After all, the appetite for the absurd is insatiable with some videos of people fails getting 43 Million views (c) while another of an older couple trying to figure out how to use a computer to take a photo can get over 12 Million Views on YouTube (d) so is this a reliable model to assess talent? If so, our fate is uncertain at best unless we wake the hell up and fast! Use your ears as they are the channel to your heart and mind!

As always, be sure to show your love for the music and respect the artists who create it!