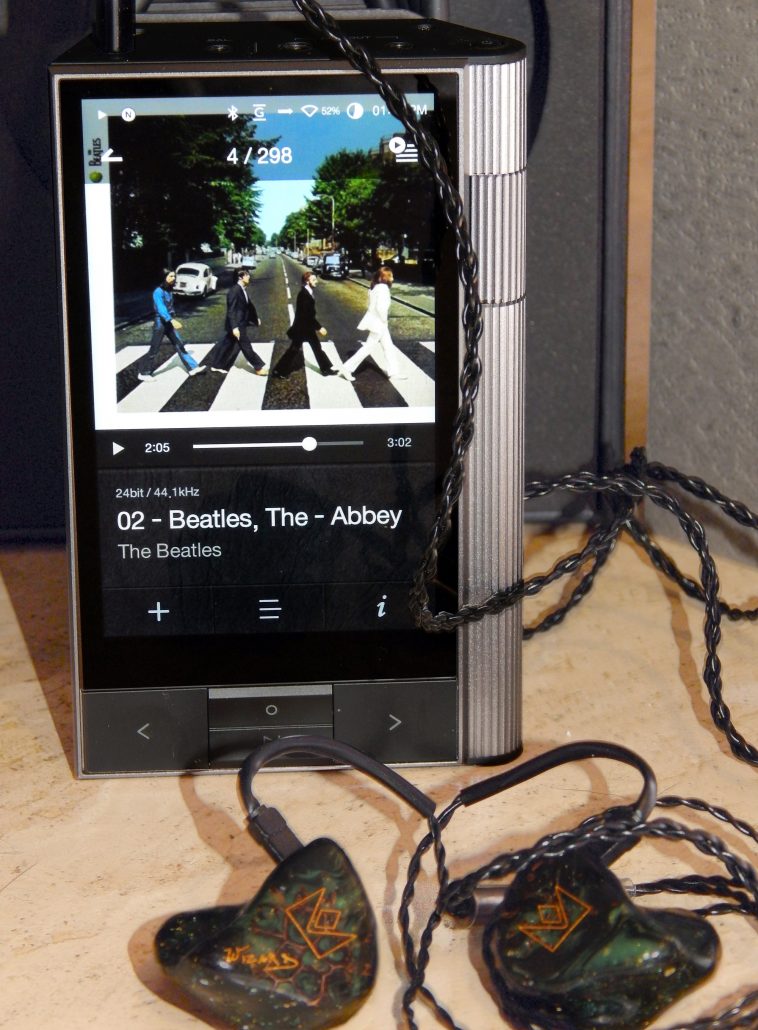 Astell&Kern has worked hard to put themselves at the top of Digital Audio Player market. They incorporate unquestionable build quality, modern styling, state of the art components and solid software into what is admittedly not a budget product. Their latest offering is the KANN, which, apart from being their first DAP to have a name as opposed to a designation (model number), is a departure from their previous products in that it is designed to drive headphones (rather than IEMs) without the aid of an external amplifier.

While it rings in at the lower end of the Astell&Kern family price wise, the KANN can in no way be considered inexpensive or even mid priced, falling in line with the cost of the high end models of most of the competition, in fact, it is priced to compete with mid priced desktop units. Which begs the question, or questions really, does it achieve its goal, does it give good sound for the money, and does it stand up to the competition?

The KANN came in a simple black clamshell box with a grey stone textured outer sleeve. For accessories it came with a USB C cable, a couple of screen protectors and replacement dummy SD and MicroSD cards (I assume these are to protect the contacts when you don’t have an SD and MicroSD card installed, and spares are provided in case you lose the originals).

The aluminum chassis (which comes in Astro Silver or Eos Blue) is thicker than most players in my experience, about the size of a standard player with an amplifier, but it does give them the real estate to provide an SD card slot along with the MicroSD card slot (512 GB SD cards are readily available, giving the equivalent storage of two MicroSD cards). On the bottom of the unit, besides the SD card slot, the MicroSD card slot and the USB C port (for charging and data transfer) there is a microUSB B port for use with digital audio, whether outputting to an external DAC or connecting to a computer so that the KANN can act as an USB DAC. On the top of the unit there is a 3.5mm single ended and a 2.5mm balanced output for headphones along with a 3.5mm single ended and a 2.5mm balanced line output (bypassing the volume control), as well as a small button for power. The volume control is set into the molding on the right side of the unit making accidental manipulation unlikely. On the face there is a 2″ x 3.5″ touch screen display and four tactile buttons (Home, Previous/Rewind, Play/Pause, and Next/Fast-Forward).

Astell&Kern’s KANN is incredibly feature rich. It is designed to be source or player in a variety of configurations. On the surface you have a touch screen DAP with 832 GB of storage potential (64 GB internal, 256 GB microSD and 512 GB SD), with both single ended and balanced output for IEMs, Headphones and external audio systems, that can stream music via WiFi or Bluetooth from a computer, NAS (network attached storage) or handheld device (iPad, smart phone, etc.). It can also work as a USB DAC or a music server for an external DAC, or Bluetooth device or network player (IE Smart TV or other DLNA receiver). For streaming services the KANN supports TIDAL, MOOV, and Groovers+, for other services you would need to stream to the KANN from another device. For equalization the KANN has a programmable 20 band parametric (also has a graphic setting) equalizer with a single preprogrammed preset and an unlimited number of user presets. There is also a left right balance control, something not always available for Personal Audio products. It should also be noted that there is a 9V quick charger available that will charge the battery in significantly less time. As to the DAC chip, the KANN uses a single AKM AK4490 supporting up to 32/384 kHz PCM and DSD 11.2 MHz.

I performed my initial listening using the Focal Spark IEMs, which were in for review at the time I was burning in the KANN. While not the most resolute IEMs at my fingertips, there was a certain amount synergy involved with the Spark’s slight bump in the bottom end compensating a bit for the KANN’s slight lack of bass extension.

For those not inclined to use an SD card, I was able to use a microSD card in an SD card adaptor without any issue.

Switching to my preferred budget IEM the 1MORE Dual Driver I pulled up Neil Merryweather’s “Hollywood Boulevarde” (Space Rangers – 16/44.1 kHz). I was treated to great rock and roll, with a gentle musical midrange for both guitar and voice and a decent soundstage.

Moving up to the Echobox Nomad I traded a forgiving midrange for a larger soundstage. Nicky Hopkin’s piano on “The Song is Over” (The Who – Who’s Next – 16/44.1 kHz) had a Steinway feel to it, delicate and fast, not a lot of bottom end. The cymbals had a bit of spit to them but the attack on the drums was crisp.

A DAP in this price range deserves the best in playback devices so I popped in the Noble Katanas, using the balanced output and cued up “The Firebird Suite” (Eiji Oue – Minnesota Orchestra – Stravinsky – DSD) and my first impression was of a bright hall, there was a bit of a whistle to the breath across the flutes and the rustling of the pages of music seemed a tad pronounced. The presentation was a little thinner than I’m used to with my reference player, and the dynamics seemed a touch compressed, though the impact of the tympanis was definitely there, almost to the exclusion of everything else. The soundstage was of good size if a bit distant, say back Orchestra or front Terrace at the Disney Hall.

The most enjoyable experience I had so far was listening to “Non Mi Lasciare” (Dario Baldan Bembo – 70 Italia – 16/44.1 kHz). The piano had a rich Yamaha sound to it with an ethereal pervasive soundstage. While the bass pedals didn’t have that deep resonance I normally get, the operatic tenor’s voice was rendered very lifelike.

Before moving on to headphones, I did try the Katanas single ended and I can state categorically the balanced output is a definite improvement even with what I believe to be the most efficient IEMs out there.

The good news is that using the balanced output the KANN easily drove my MrSpeakers ETHER C Flows, even in the “Normal” amplifier setting, though to get full dynamic range I switched the KANN to “High”. Electronic Jazz appeared to be the KANN niche as was evident listening to Weather Report’s “Birdland” (Heavy Weather – DSD). There was no sweat reproducing Jaco’s trebly fretless bass leads, while the tambourine and high hat rang clear throughout the track. The keyboards took center stage while percussion, horns and bass created an aura in the background.

For a touch of the modern I put on “Better” by Regina Spektor (Begin to Hope – 16/44.1 kHz), though the mids were a tad glary, the KANN handled the material well.

I think Astell&Kern have a winner on their hands with the KANN. It is the most feature rich DAP I have seen to date that isn’t running a full blown version of Android, though it does have its quirks. Its size for one, though not the largest by far, it is still quite a brick. It also runs a bit warm, though that is not all that unusual either. While I had a little difficulty, at first, with the GUI, once I realized the touch-screen was meant to be used with the tactile buttons, it was simple and easy to operate. Those who prefer touch-screen interfaces will love working with the KANN.

Admittedly the KANN doesn’t have the deep bass extension and control of my reference unit, and I prefer a little more musical midrange, but those who enjoy the Astell&Kern sound, as well as, lovers of pop music will truly appreciate the KANN’s ability to drive full sized headphones, while tube amp fans will most likely want to stick to using an external amp.

So back to my original questions; Did Astell&Kern achieve their goal of making a high performance DAP that can drive over the ear headphones? Absolutely, the KANN will drive most headphones without issue, though if you plan on using the EQ to compensate for sonic deficiencies in your headphone, EQs suck up a lot of power (double the power requirements for every 3 dB of change). Does it sound good for the money, ties in with, how does it stack up against the competition? And the answer is one of application, it certainly sounds better than an equivalently priced phone, and can stand toe to toe with mass market offerings in the same price range, on the other hand, specialty items, designed strictly for sound, without the luxuries do have a slight advantage, so once again the answer is yes.