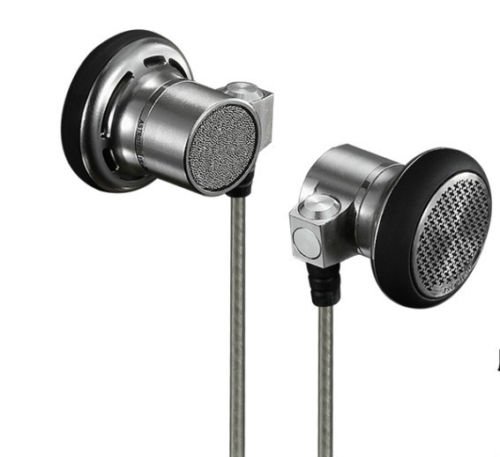 Astrotec. Is this some rising dragon? Perhaps. But the Astrotec we are concerned with here is a China-based company manufacturing affordable audio products. This review concerns one of their newest offerings, the $165 Astrotec Lyra Open-Back IEM.

Situated in China, the details of the company are quite murky. It’s hard to nail down who actually makes the decisions or even official product specifications. Basically, finding a valid source is difficult. Despite the mystery behind the company, there is a readily available stock of product and the company is renown on Head-Fi.org. It’s surprising that they are able to sustain this without a website.

The company is able to traverse all the issues with its brand, through the brand itself. That is, they get past the discomfort of not having as many marketing materials by creating quality products that market themselves. Their previous AX series was widely popular and now they are bringing open-back IEMs back into the mix. It seems like they wish to re-define the IEM industry from the ground up by working on various sonic designs. You can forget the gimmicks, colorful advertising, tongue-twisting acronyms, and consumer designs with Astrotec – they are doing it their way.

The Astrotec design – they one they are known for – is a mix between industrial and post-modern. The industrial look of the Lyra comes from the rough edges it features and the rocky texture that comes off the CNC metal all the way through to the gray wrap on the cable. The post-modernism attaches itself to the rest of the product with a functional build and sleek landscape that “all too often” finds itself returning to the blocky industrial base. But what really strikes me is that it also includes remnants of early audio design, commonly called “retro”. The Lyra packs an ultrafine grill mesh on the main rear-facing driver housing and the porting holes on the earpiece itself conjure days long past. Considering Astrotec’s track record with their ultra-modern designs, keeping the ports this way is not a coincidence. I rather enjoy the mixed yet smooth transitioning design they have accomplished.

The open-back build of the IEM poses a lot of questions on how it sounds, but it equally reveals how comfortable it is. The diameter of the driver is enormous coming in at 15.3mm; the average IEM driver is 5mm to 8mm. This means that the size of the ‘earbud’ is quite large. In fact, it’s even larger than the driver as it includes the housing and then the foam overlay (speaking of which, attracts dust bunnies like no tomorrow). However, for me, the Lyra just barely fits in my ears. It actually uses the size and pushing force to fit snugly within the antitragus and concha (the little ‘circular’ area just outside of the ‘ear hole’) of the ear. I’ve found, after quite a few tests of multiple durations with the Lyra, that the unit can actually start to hurt the antitragus (or upper earflap) after long use. I have fairly large ears, but a medium sized ear canal and outer area, so I believe I represent the median of users. I can stand the Lyra for about 3+ hours before it becomes a serious issue. This is pretty average when you take into account that for me, this number is about the same for most other IEMs that are insert based. I believe that every type of headphone type has a comfort issue, and with the Lyras, the issue was just shifted onto the earbuds. This is important to note as some may overly blame the Lyra’s comfort over long hours, but its imperative to put this into context with how general IEMs also have such issues as well. With that consideration, I can only say that the Lyra is but mediocre at its comfort sector.

The large driver size and smooth cable allow for easy untangling. The Lyra is perhaps one of the easiest headphones to store and untangle (it doesn’t have any active functions to make it so). Rather, it uses a clean TPE cable design that is straight and simple. It’s not novel by any means, but it works well for the Lyras, and the carrying case that accompanies the unit fits the job.

The Astrotec Lyra sports an impedance of 32 Ohms with a sensitivity of 106dB/1mW. For those that wish to know if these ‘need’ an amp, the answer would be no. In terms of volume and loudness purposes, there is absolutely no need for one since these are extremely easy to drive as is. A general Android phone can push it to levels that are above my comfort level. That alone is good enough as a test, no need to damage hearing any further. The materials that come with the Lyra are pretty basic, but they are essentially what you need. They include a little manual/warranty card, two sets of ear foam covers, and one set of ear guides all stored in a metal tin. The quality and materials are standard with nothing too outlandish.

The Astrotec Lyra features a wide soundstage, a decent bass kick, and more importantly, a present mid-range. However, the way you listen to it is a bit different. The Lyra is not meant to have its driver flush with the ear canal, but rather there’s meant to be just a bit of space separating the two. This means that you aren’t pushing and holding the driver into the ear, rather letting it rest naturally after insertion. This creates a unique sound signature that takes a general sonic problem and turns it into a massive pro. With insertion IEMs, if you don’t put the tip all the way into your ear, and correctly at that, you get a reverb-laden sound with lots of airiness to it (the bad kind). The Lyra uses a bit of this through the space the driver creates just between the outer ear and the ear canal, however, it’s spaced in a way just enough that it aids in the natural creation of a dynamic soundstage. It’s like virtual soundstage DSPs, but accomplished through design and physical engineering alone.

Needless to say, the soundstage of this unit is impressive. No matter what the song, the spread you get from it will be a bit farther and spacious than normal, but despite this, the vocals still come in admirably. In the album soundtrack of the live-recording of the French play, Notre Damme de Paris, the track “Lune (Gringoire)” was stunning on the Lyra. To set the backdrop, in the scene that plays out, our titular character is crying out to the moon after a scene of battle. The sheer emotion that is transmitted is great on the Lyra thanks to the physical soundspace. It adds a feel of realism to the vocals that are delivered, rather than a bland 2-D picture of the scene. The instruments in the background flow in waves of bells, harps, percussion, and others of the string profession. The Lyra’s soundstage has the unique ability of being able to produce these sounds without the problem of ‘unplugged’ airiness and reverb that an ordinary IEM will. It pretty much has the ‘in your face’ characteristics of a insertion based IEM, but with the emotion and physical space that its adding.

The vocal presentation from the Lyra is the strong point yet it does have some drawbacks in its playback. The physical space that the soundstage creates doesn’t have as much of an effect on the primary vocals with the Lyra. Hell, they are strong. The problem lay in the non-uniform fullness of the vocal, the slight backwards reverb, and the instrumental production.

The unit is thus top heavy in vocal production and is slightly lacking in low-end fullness. It’s a natural and clear sounding IEM, don’t get me wrong, but in terms of fullness, it just misses the boat. It’s not a glaring miss, but it’s enough for it to be noticeable in vocal heavy tracks. In Alan’s album Moon Light on the track “My Moonlight”, the beautiful Chinese pronunciation of individual characters is marred only slightly by how it just couldn’t get the deeper tonal pronunciations that the words hold. The overall timbre is just so close, that it almost hurts at times when the peak of the track is coming, and it is only fractions away from what I want. I believe that this is important to note as it brings into account perception of issue here. It’s like an Olympic team that didn’t believe they just won the Bronze medal and celebrates massively for it, and the other team that won Silver but expresses deep sadness and turmoil. Where in this example, the former didn’t expect to even get the medal, while in the later, they were so close to victory. On vocals, the Lyra is the latter of the two. It’s knee buckling how close it gets, especially for a sub-$200 IEM.

A dash of reverb and instrumental dullness mars the secondary mid-range of the Astrotec Lyra. In the vocals, there is a slight ‘ballroom’ reverb to the vocal. The track “Raisonne (version cordes)” by Astonvilla had this effect. It’s not a strong effect, but it is slightly noticeable when you listen to the rear end of the singers’ voice. The biggest issue that I have heard in the entire unit though, would be the slight dullness in secondary instruments. The song “aLIEz” by Sawano Hiroyuki off the album Aldnoah Zero OST had this problem with the Lyra. The sub-instruments were practically drowned out and blurred. This is something that is highly track specific, but due to the physical soundstage of the Lyra, some tracks, while benefiting from a boost of natural sound processing, also get a dose of blurred and airy instruments without any real heft to them. I’ve noticed this is more prevalent in tracks that don’t necessarily have much dynamic range. Overall, the Lyra’s vocal section is just one step away from being something truly amazing.

Lastly, the bass of the Lyra was quite surprising with presence. Due to the open-back design and the physical space separation from my ear canal, I was expecting a light bass response. I was wrong, it has quite a present bass response. It is by no means a heavy one, but it delivers the kick and rumble that a high-end audio listener is looking for in a headphone. On Eminem’s album The Eminem Show, the track “Hailie’s Song” features a continuous and strong bass line and the Astrotec kept up fairly well with the slow and dulled beat as it produced just enough kick to satisfy my cravings. It’s by no means a bass monster, but it’s able to perform at levels I thought it could not.

The Astrotec Lyra brings back the ‘earbud’ to headphone audio and then it gives us the soundstage quality. The Lyra pushes the bounds of what a large size dynamic driver combo can do and while it isn’t without its quirks, it passes my tests without an issue. The USA regional price of $165 gives the Lyra a competitive place in the market as the niche “bud” design, one that has a lot of interest from those wanting a unit that is open back without much leakage and providing good sound.