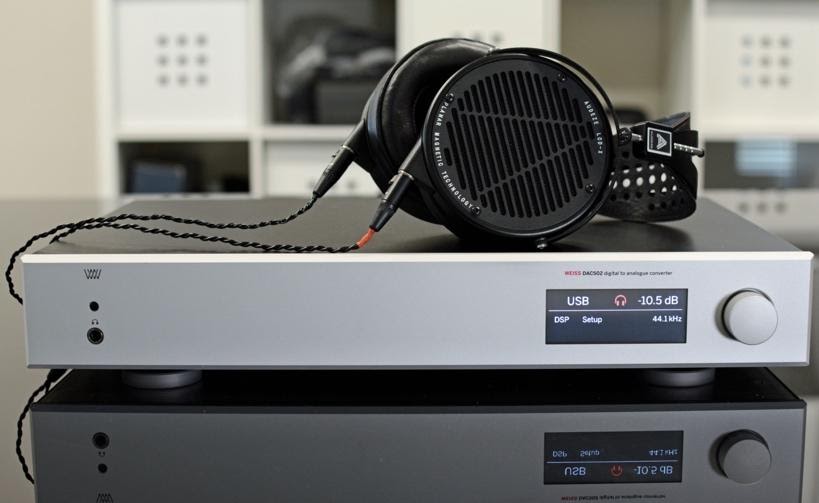 This new update means that when working on a track that was recorded with one Audeze headset, but now being worked on with another Audeze headset – it can be heard exactly as that track was originally recorded – regardless of the Audeze headset used. The powerful DSP system in the Weiss 502 also includes many additional features like Room Equalization, De-essing, Vinyl emulation, Crosstalk cancellation, Loudness control, Cross-feed, ROON ready, and many others. In case you missed it, Weiss received a 2021 Technical Grammy Award!

The 502’s impeccable build quality and fidelity when combined with Audeze headphones, makes it the perfect mastering engineer’s and/or producer’s solution. This new firmware also works on the Weiss DAC501, DSP501, and DSP502 models.

Founded in 1985 and led by Founder and President Daniel Weiss, Weiss Engineering initially focused upon design and manufacture of digital audio products for mastering studios. Today, Weiss products can be found in mastering and recording studios worldwide, and since 2000, the company has produced cutting-edge digital products for the consumer audio market. In recognition of his 35 years of pioneering work in digital audio, Daniel Weiss was presented with the Technical Grammy Award for 2021.