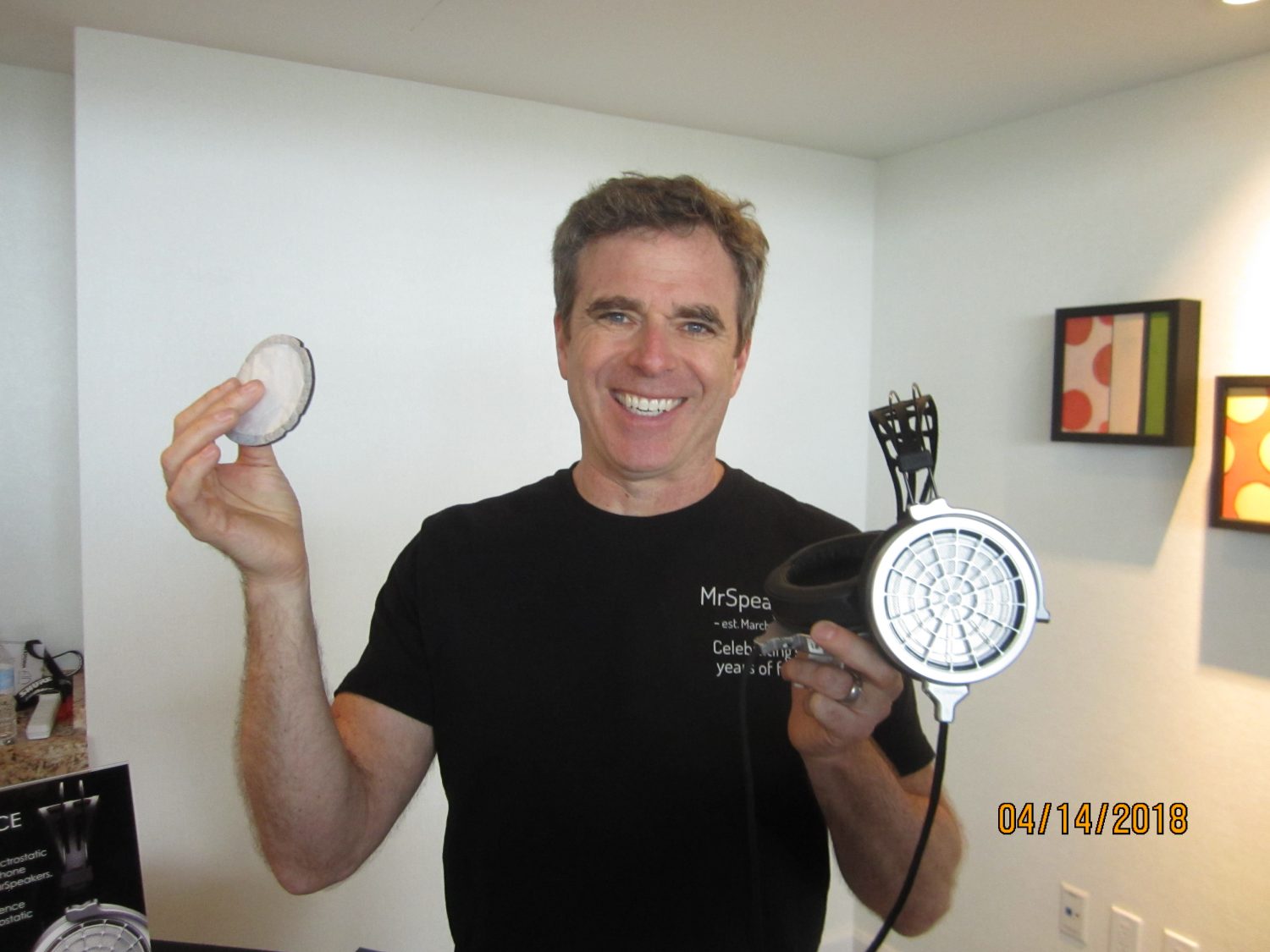 The USA is home to several outstanding audio shows. Over the last few years Axpona in Chicago has taken the lead as the premier show in the country. Relocating from the Westin hotel near O’Hare International Airport, Axpona is now housed at the Renaissance Hotel and Convention Center in nearby Schaumberg, IL. This new venue is considerably larger than the Westin and the show management and exhibitors did their best to fill the larger space. It was by far the largest show in the USA with nearly 170 rooms to visit as well as the huge Expo Hall and Ear Gear areas. As the only Guru in attendance I had to work quickly and cover as many highlights as I could for our readers.

Audeze was first up on the list with their usual booth full of world class headphones. The new iSINE LX was there bringing the terrific in ear planar technology to the lowest price point so far. At $199 it offers amazing performance. Also, a favorite of mine is the LCD-MX4 at $2,995 which brings flagship LCD performance at a lower weight for longer listening sessions without sonic compromise. The LCD2 Classic at $795 is the best price yet on their LCD line for reference Planar performance.

AudioQuest has cut the price on its NightHawk headphones to $399. A terrific deal! The Dragonfly Red and Black portable DAC/Amps were on display at $199 and $99 respectively. BTW, a new firmware is out for current owners to download that improves volume control function. They also were showing their new power cables and power management gear for delivering the best power to your headphone amps and DAC’s.

Auris from Serbia had their incredible flagship Headonia 2A3 amp ($9,600). It is gorgeous with wood and leather case work. The sound is also world class. A true reference piece. They also had their HA2 SE amp along with the D2D flagship DAC. The build quality is top notch and each unit was gorgeous in looks and sound.

PSB/NAD was showing off the PSB M4U 8 Bluetooth headphones. They can receive 24/48 signal via APTx HD for $399. NAD’s HP70 is an assault on the noise cancelling market also at $399. Build quality was excellent and they were both very comfortable. The HP70 nicely eliminated the crowd noise from the busy Ear Gear and Expo areas.

Caprice Audio was presenting their new MOSAIC with Wave Stream Hybrid technology. Gary Alan Barker reviewed the MOSAIC ( https://headphone.guru/caprice-audio-mosaic-review/) and really enjoyed its noise suppression abilities. Inventor Luis Alberto explained to me that the system is the solution to the elevated noise floor inherent in all electronics. This passive system lets more of the pure signal through, so you can enjoy a better sound. If you have a high-end rig it is worth a listen at $2500 to see if it can improve your sound.

Cardas was all over the show with many exhibitors using their cables and power cords. Cardas is a favorite of mine for the quality and effectiveness of their cables.

Cleer audio was also in evidence throughout the show as a sponsor for the Media’s Press room as well as showing off their Next headphone ($699) and their Flow Bluetooth headphone ($279) Build quality and performance were outstanding with both. Saying they were a great value does not do them justice. You could easily use the Next headphones as a reference pair and pocket big bucks for other gear or music. They are a must hear brand.

Another of my favorite cable brands, Dana Cables, had their new Lazuli Ultra reference cables ($1995) in action with Focal’s Flagship Utopia headphones at a couple of booths. They were also showing off their interconnects with Wells Audio and Triode Corporation in the Gingko Audio room. I use the Lazuli Ultra’s with my Utopia’s and they are a favorite in my system.

Exogal was showing their Comet DAC together with their Ion Power DAC that provides 100 wpc to a speaker system. The Comet is an exceptional performer. The Comet is $2500 or $3000 with an upgraded power supply. The Ion PowerDac runs $3850 if you want to take off your headphones for some speaker time.

Fiio continues to tweak the high end personal audio guys with their outstanding yet affordable gear. Their new flagship DAC/Amp is the Q5 coming in at $349. It offers DSD and Bluetooth support. You can input almost any signal type you can think of. PCM up to 32/384 and DSD to DSD256. It is utilizing the AKM 4490 DAC’s which are a personal favorite of mine. The X7 Mk II DAP was also on display ($649). Another example of flagship performance without the typical four-digit flagship price.

Peter James and Headamp were featuring the Blue Hawaii SE Electrostatic amp ($5799-$6799), the GSX-mk2 Amp ($2999 – $3199) and the Gilmore Lite Mk2 amp ($499). As usual there was an array of flagship headphones to try all resting on BendyHead headphone stands. The two larger amps are top notch aspirational flagships and the Gilmore Lite brings great sound but keeps the budget in order.

Ray Kimber and his Kimber Cables were a sponsor for the high end listening lounge on the 15th floor. His Axios cable line was being used at most of the listening stations. The Axios CU Copper cables start at $698, the Axios HB Silver/Copper start at $1974 and the Axios AG Silver start at $3000

Meze had their wonderful Meze 99‘s ($299) in the booth but the big news was the new flagship Empyrean’s (Price TBD around $3500) Aesthetically gorgeous, sonically excellent, they were paired with a Wells Audio Milo solid state amp, it was as fine a coming out party for a new flagship as I have heard in a while.

The MrSpeakers booth featured all of the truly outstanding MrSpeakers lineup including the Aeon open and closed ($799), the Ether and Ether C ($1499) and the Ether Flow’s (Open and closed $1799). The big news was the release of their new electrostatic flagship the Voce’. Paired with the new Woo Audio 3ES Flagship Electrostatic amp ($7649 stock) or the Headamp Blue Hawaii ($6799 as configured) they were stunningly detailed. I want a pair….Now….

Jeff Wells was featuring his upgraded Milo SE ($5000) the Headtrip ($7500) and the Headtrip SE ($15000). These beautiful amps have brought many top end headphones to their best ever presentation in my listening experience. They are my favorite pairing with the Abyss 1266 Phi headphones. Top end and very expensive hand-picked parts and a short clean signal path along with Jeff’s design skills make these a must listen at every show.

The Ear Gear exhibit has grown significantly in the last 4 years. It is a show you have to catch while you are attending Axpona. Many people I spoke with came just for the headphones. Ear Gear was a true highlight for Axpona.