Being a Musician in 2020 and Dealing with a Pandemic 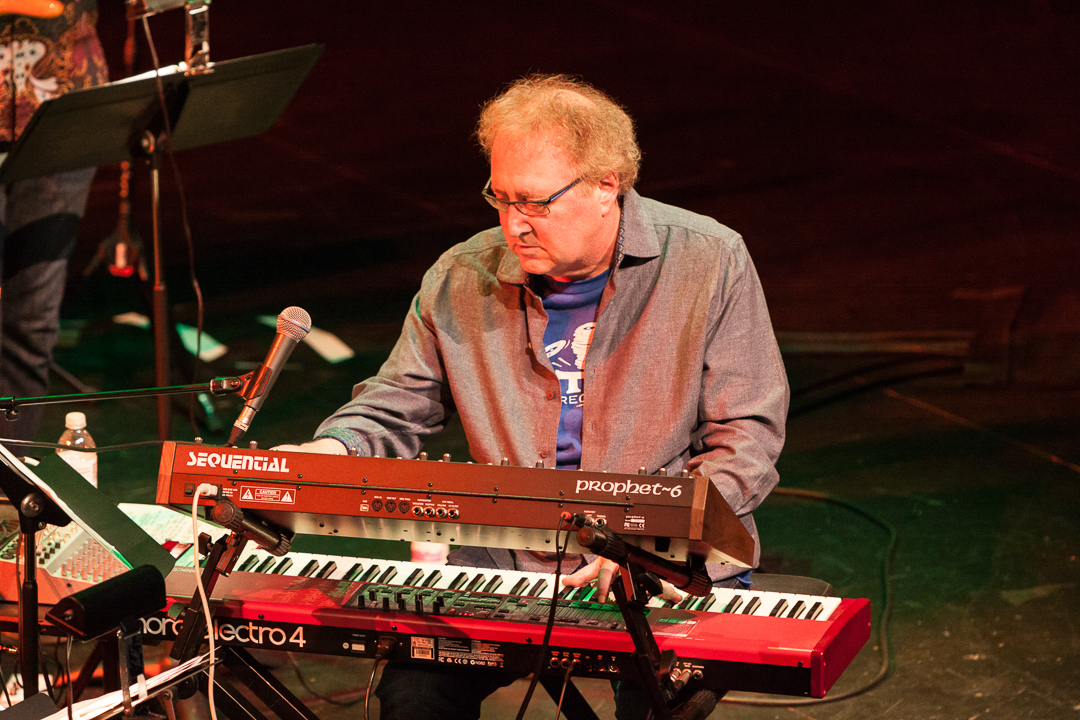 Do you want to know what it’s really like to be a musician and artist in 2020?

Many times over my lifetime people have asked me what I do for a living. I tell them I am a music producer, keyboard player, artist composer, and arranger. Most of the time they say “wow that is very exciting”… right then and there I could spend an hour talking to them and telling them what it’s really like. The few times I have explained what my life is to someone, they usually left in disbelief. It is a life not for the faint of heart.

Let’s get down to what it takes to do this. First of all, you need tremendous patience, because when you are ready to play for the world, and get fans, and accolades, you need to know that it could take years to achieve even a small goal.

I came back to NYC in Jan 1974 with big dreams and big hopes, but it took 5 years before I even got into a recording session. I studied electronic music, arranging, and got into Classical piano lessons, and BeBop as well, with 2 different master teachers. You see in NYC the best of the best were there. The competition was mind-blowing. What made me different from everybody else? That is one of the most important things about being a musician. You need your own voice to be unique. Every great musician has that.

Does one have the patience to not have steady work and still keep the level of commitment that you need to keep your talent on the highest level? I was once given a piece of advice from the late great pianist Don Grolnick who said, “Be prepared to go through long periods of time without making money.” He was right. The struggles were real. You go through so many moments of self-doubt and insecurity wondering whether you really have what it takes. I used to go see the great players and bands of the day in NYC, never jealous, and always observing, and always wanting to learn more, to get to the place of excellence that I expected from myself.

You also find out one of the most important things is to build relationships. Respect in this business, many times, is built around one’s personality, as well as, one’s talent. The many musicians that I know all over the world, I’ve connected with because of the mutual respect that we had for each other. If you don’t have that, it’s very difficult to keep your perspective and keep your career and focus. A musician needs the support of others, and one finds in this business you really don’t get it, and for a huge amount of time, you are on your own trying to make it happen. I struggled for a good 10 years, but then when I got my break, I was totally ready for it. I was put in a pressure cooker situation making a Miles Davis album which would turn out to be TuTu. I had waited for 10 years to get this break realizing that there were some small breaks that did happen, that got me to this place, and musicians like Michael Brecker and Lenny White were recognizing my talents and wanted me to contribute to what they were doing. Once I was able to show what I had and what my abilities were, many question marks were thrown out.

It used to be where if you started making inroads, you could really start to make a lucrative living in the music world. There were recording studios and record dates, jingles, and of course live venues. There were options and there were multiple streams of revenue happening where everything could even out. That went on for many years, until around 2000, when the recording business just started falling apart for a number of reasons. The ease of using digital and the ability to do music in your own studio because it was now affordable which brought the hobbyists into the music world. The advent of digital downloads and the public now stealing music that was available on-line.

Streaming companies like Spotify and Apple are paying the artist and songwriters an embarrassingly small amount of money on the short side.
For the talent that they put into their craft every day, the amount of revenue now that comes back to musicians from songs and recordings is really not even enough to buy a good meal at McDonald’s.

The record companies were only concerned with saving themselves and didn’t care about us so they made these deals with companies like Spotify and Apple so they could survive, but not necessarily so we would survive. All of a sudden one of our income streams was taken away from us. Somebody who would make, say, $50,000 from their song catalog every year was now making maybe $10,000. Others got way less. All the money was now going to the labels and to the streaming companies.

One half of the way we make a living was now taken away from us. I always would say back in the day, that musicians on the C list were making a good living. The B list got the overflow from the A list and made a great living. Of course, the guys on the A list were doing fantastic. In the studios, it wasn’t unusual to make a low of $50,000 to $250,000 a year. Records were being sold and revenues for the labels were huge. Now Spotify pays about 0.00441 of a penny per stream. That’s not even enough to buy a candy bar with. Many musicians and artists now had to redirect their careers to being on the road to make a living. Although it is a wonderful thing to play on stage in front of appreciating audiences it’s not the music but the traveling that is so difficult and wears and tears on you. It is also expensive to be on the road. It is a whole other paradigm. Artists and bands that could always count on revenue from their recordings were now solely relying on live shows. Ticket prices went up to compensate for the lost revenue from recordings. Competition to get onto festivals and tours got very deep. If you were just starting out, you now had to actually have a real day job to help compensate one’s income.

Now here we are in the days of the Coronavirus and all of the live music scene has suddenly stopped. Now maybe the public will realize how much they do miss live music. During times like this, we need real solutions to compensate the great artists and musicians who now need outside support to make it through every day doing what we love to do. People need to look at themselves and ask if they could live without music. If the answer is no they can’t, then the public will have to come to the realization that there is no free ride. We’ve been getting the short end of the stick for years, but we realize the joy of playing music is unparalleled but a serious commitment. For the years and years of practicing, to bring one’s talent to the elite level, it just can’t be given away. Maybe as we live through this pandemic people will start to realize how much they miss it and how maybe just maybe the musicians and artists that bring pleasure to the world deserved to be treated fairly and compensated fairly as well. So when you ask someone what do they do for a living and they say they are a musician, just understand what they have to go through to bring you the pleasure you receive when you listen to it.