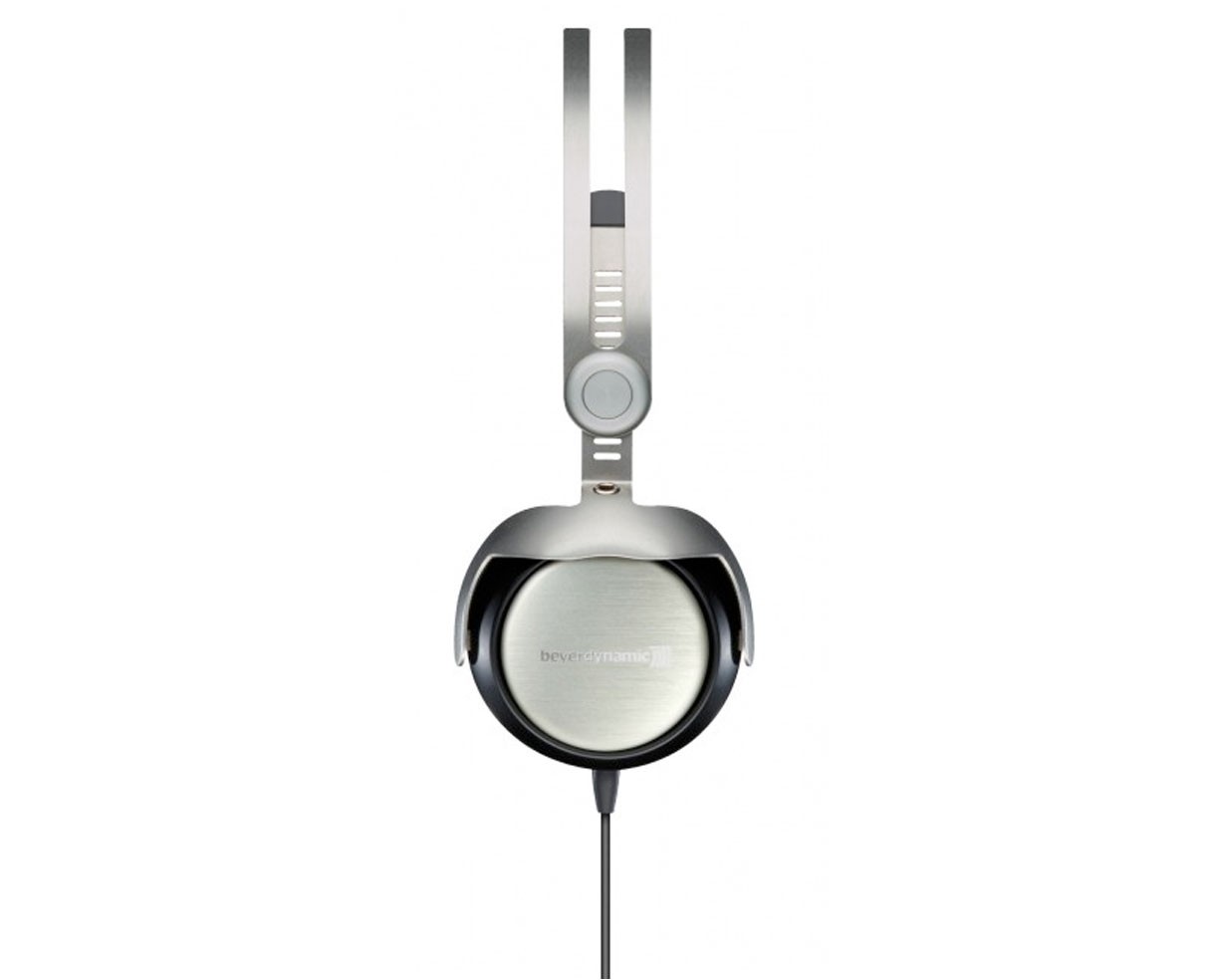 It’s been a considerable amount of time since I’ve last laid hands on a Beyerdynamic headphone. I’ve been somewhat of a fan of Beyerdynamic, especially during my audiophile adolescence.

I hold much love for their Premium line of headphones, particularly the DT990, which I have owned multiple times, in various impedances (I’ve owned two DT990 Pros, one 250ohm, three 600ohm, one 32ohm). Despite it’s polarizing treble emphasis, the DT990 remains as one of my absolute favorite ‘fun’ headphones. Solid bass performance from an open can (which at the time wasn’t common), airy soundstage, and very clean, detailed sound overall. Not much to hate, to be honest.

I’ve also owned a very spectacular DT880, a DT770 Pro 80, and a thunderous DT770-600ohm (which surprisingly had an overwhelming bass emphasis that gave me headaches). That’s as far as my knowledge and experience goes for Beyerdynamic headphones.

In comes the Beyerdynamic T51 portable on ear headphone ($299), the first Beyerdynamic headphone I’ve heard with Tesla drivers, which to be quite honest, had an uphill battle from the onset. On paper, the T51 has quite a few things I don’t want from a headphone, things which aren’t the fault of Beyer or the T51 in general.

First: It’s Supraaural/On Ear. I generally avoid on ears mainly to comfort reasons. By sheer coincidence (or hypocrisy, depending who you ask), my current line of headphones mostly consist of on-ears. They are the few exceptions to my on-ear prejudice, mainly because I find these chosen few to be absolutely top notch in comfort.

Third: The pads. I have sensitive skin, and leather of any kind (whether real or synthetic), irritate my skin. They also tend to get hot and sticky, which is among the last things I desire to feel. I have a finite amount of tolerance for these types of pads, and actively only look for velour or cloth-equipped headphones.

For the purpose of this review, I will scale back my prejudice, and look at the T51 objectively, as I know there are plenty of people who are looking for the very things I actively try to avoid when purchasing headphones.

Upon first glance and feel, you’ll find the T51 to be an elegant, mature, and (like all other Beyerdynamic headphones I have tested or owned), ruggedly built headphone with a small form factor. It’s frame is mostly comprised of silvery metal from head to toe, with a few, scarce, dark blue plastic pieces thrown in to beautifully contrast and enhance the overall metallic appearance.

The thin, twin styled headband arches out widely over your head, with the belly of each covered by very soft, synthetic leather that allows the T51 to rest comfortably on the head. Unlike the legendary Sennheiser HD25 models, the twin headband design is purely aesthetic, and does not separate from one another.

At the end of the T51’s headband are the meeting points between the headband and each cup’s metal extension arms, which thankfully extend far enough for my large sized head with some room to spare. In pure Beyerdynamic fashion, size adjustment is a bit ardous a task to do blindly. Not easily done without using a mirror or taking the T51 off and adjusting by sight.

The cups housing the drivers have a beautiful, brushed metal finish with dark blue accents, followed by a silver, brushed metal ring that meets the synthetic leather pads. Prior to acquiring the T51, I was a bit put off by how the pads looked in pictures, as they reminded me of every cheap, sweat inducing, and uncomfortable sets of pads found in most budget, closed headphones (Sony MDR-V150 anyone?). Thankfully, my fears were for naught, as the pads on the T51 feel quite well built, soft, and more comfortable than I would’ve ever hoped for. They aren’t cloth/velour, so they aren’t as comfortable as I’d like, but that’s a personal complaint that I doubt many people share.

The cups thankfully have freedom of movement both vertically and horizontally, and should sit on all manner of ear shapes/sizes. It will lay flay in either direction, making it an ideal choice for those who tend to leave their headphones around the neck when not in use.

At the bottom of each cup are the non-detachable, dual entry cables which I felt could’ve used a better strain relief. The cables thankfully aren’t rubbery like other cables, which tend to grip on clothes and snag on random objects, much to my chagrin. The cable itself looks and feels fairly average, neither being horribly thin, nor rugged enough to be considered premium. The length is a bit on the short side, reinforcing Beyerdynamic’s intention of making the T51 mainly for portable use. The cable terminates into a right angled 3.5mm rubberized plug, with a proper strain relief. To my eyes, it looks like there is enough clearance for the plug to fit most smartphone cases without issue.

My review unit is the T51i variant, and as such, the cable holds a small, 3-button, Apple certified remote and microphone. I own an Android device, and find that I can only use the center button to pause/play my media (didn’t test the microphone). Unfortunately, I find the remote to be a bit too close to the headphone, and felt that it could’ve been positioned at the left/right cable splitter, where remote control adjustments could be seen. However, it took me just a brief period before I could control the remote blindly.

All in all, I find the T51 to be solidly built, practical, and lightweight. With the T51, Beyerdynamic showcases why German engineering is considered to be among the best in the world.

As far as On-Ear headphones go, the T51 is among the least offensive to my very sensitive ears. Starting from top to bottom, the headband sits on my head without much discomfort, though it does not truly disappear off the top of my scalp, exhibiting some minor downwards pressure at the very top, though truthfully not much of a concern.

The clamping force is on the moderate side for my large head, which I find more or less ideal in most situations, though the pressure felt on my ears isn’t stellar considering the feel of the synthetic leather pads. The T51’s clamp falls in between the clampy Sennheiser PX100-II, and the loose, slippery, head balancing, circus act of the Sennheiser PX200-II.

The T51 exhibits wonderful, passive isolation. Noise leak is kept to an impressively bare minimum even at very high volumes, and external, ambient noise is blocked out reasonably well at moderate to higher volumes. I consider the T51 to keep external noise out better than many, many closed headphones I have tested. I personally didn’t think an on ear headphone could seal this well. Kudos to Beyerdynamic for exceeding my expecations in this regard.