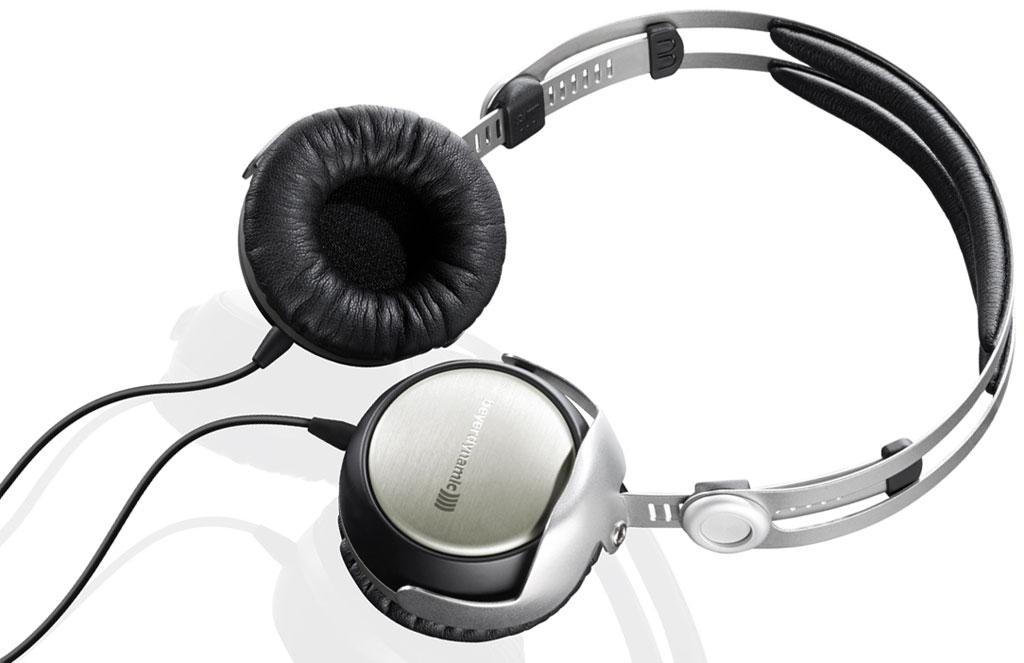 After several months of living with the Beyerdynamic T51p and the A200p, I can easily say that this combination is among the best on-the-go portable setups I’ve experienced under $1000.

When I first put on the T51p’s, I was expecting the same tight clamping force that I experienced with the DT1350’s. But thankfully, that was not the case. The T51p’s are extremely comfortable headphones (with or without glasses), which is quite a difficult task for on-ear headphones. The leather earpads are soft and subtle and I can listen to these headphones for hours without any issues. I’ve compared 21 portable headphones over the past year and these are easily in the top level in terms of comfort. I am impressed with Beyerdynamic’s improvement in this area, especially over the DT1350’s. 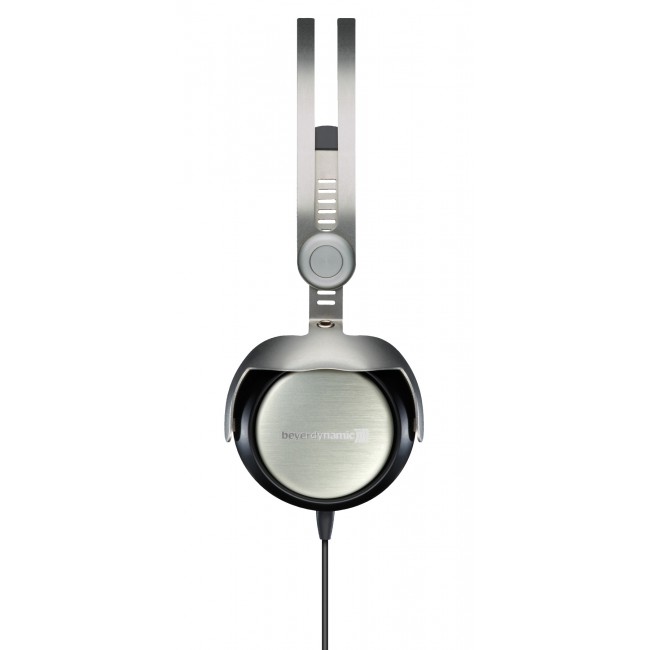 The ability to isolate the outside noise is something I look for in a portable headphone. When I’m on a plane or at work, outside noise can cause me to increase the volume in order to drown out background noise. This is certainly not preferable, as listening to loud levels for extended times can damage hearing. The designers of the T51p must have kept this in mind. The T51p’s do an admirable job isolating out much of the background noise, especially considering that these are on-ear headphones. They are quite good on a flight, but still not as good as say the Bose Quiet Comfort 15’s or the new Sony MDR-10RNC’s. But those headphones have active noise cancelling circuitry and just don’t sound as good. That said, the T51p’s offer competitive noise isolation and do a better job than most full sized headphones. The only headphones that beat the T51p’s for portability are the V-Moda XS’s, but you don’t get the same isolation the Beyer headphones provide.

The T51p’s utilize a new version of Beyerdynamic’s Tesla based drivers and they are a definite improvement over their predecessors (the T50p). According to Beyerdynamic, the newly redesigned Tesla drivers output a magnetic field inside the transducers “in excess of 1.2 Teslas”. As a result of this higher output, the voice coil is more compact, yet still maintaining a high level of efficiency. The difference smacks you in the face as soon as you put the T51’s on. They have a nominal impedance of 32 ohms and an efficiency of 111dB. They are easily powered straight from your cell phone or iDevice.

The construction and overall styling scream German functionality. Think BMW, in terms of appearance and solid build quality. And this applies to both units. The materials selected are top notch and contain a well-chosen mix of metal, leather, and plastic. The metal is sturdy, the leather plush and comfortable. 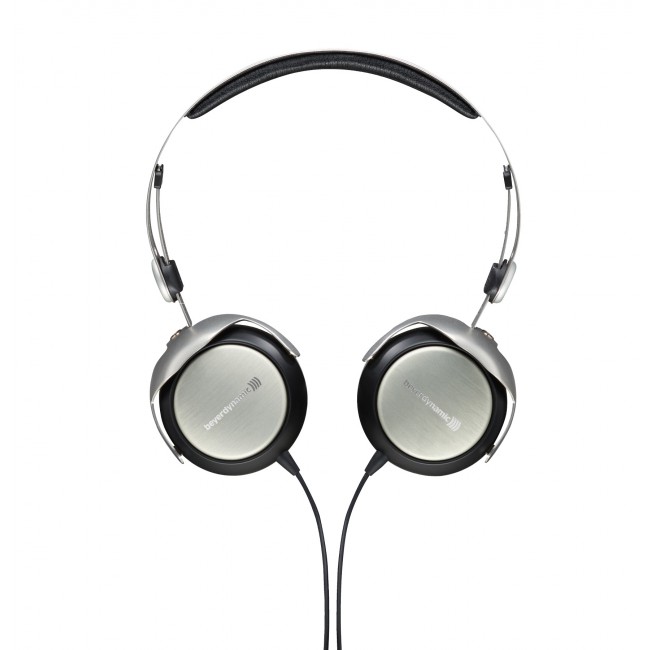 Now how do they sound? In one word: “natural”. Although they are on the warmer side and offer bass north of what I consider “neutral”, the sound is still clean and controlled, without any muddiness or impact on the mids. Their tonal characteristics should appeal to most people and I can literally listen to them for hours without any fatigue.

The mids are upfront, fully fleshed out and purely seductive. Vocals pop out and are never pushed back in the sound stage, as female vocals can exhibit with certain recordings on the Sennheiser Momentums. The mids remind me of the most exellent ones offered on the Shure SE535’s. The treble is a bit on the darker side. They still offer a good amount of sparkle, but it is pushed back a bit. Thankfully, they avoid the problems of the Sennheiser Momentums, a headphone that does push too far (in my opinion).

The T51p’s immediately impressed me with their organic sound. On Pink Floyd’s Dark Side of the Moon (2009 Remaster), the heart-beats during “Speak to Me” hit down low and were detailed. Not only did they satisfy the rumble, but they also conveyed the nuances of the sound stage and the results were satisfying. When listening to Jazz at the Pawnshop, the clinks of glasses in the audience were very well portrayed and detailed, the clarinets and saxaphones were accurately voiced and the details were more than enough to hold my attention. Finally, Diana Krall’s vocals in “Glad Rag Doll” were full, enticing and as usual, very seductively portrayed on the T51ps. However, when listening to Rush’s A Farewell to Kings, Geddy’s bass line seemed to be muddled in comparrison to the same track on the B&O H6s (which had slightly more taught bass, although a bit on the lighter side for these ears).

The one draw back with the T51p’s is that they really sound best with an external amp. Can they sound great out of your iDevice or phone? Sure they can. But unlike many portable headphones, I’d strongly recommend looking for a portable amp to pair them with. Luckily, Beyerdynamic has released the A200p, and when coupled together, the combination is outstanding. It’s not that they are hard to drive headphones. As I mentioned above their efficiency is quite good, but that they do benefit with better amping found in one’s typical portable devices. It could very well be that they are just more revealing of upstream gear than other headphones I’ve experienced. 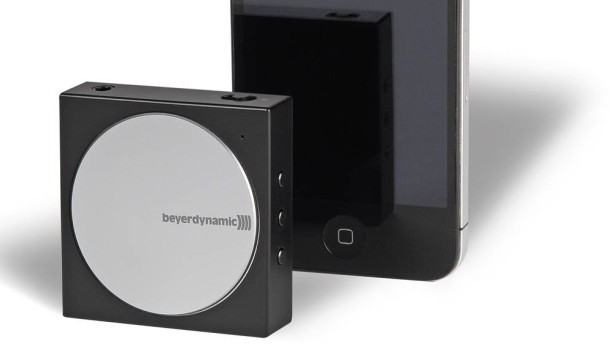 The A200p is portable amplifier/DAC that Beyerdynamic released along side the T51p headphones. Aesthetically, both the amp and headphone were designed to a similar motif and they look great together. Don’t let its small size fool you (55mm x 55mm x 13mm) – the A200p is a solidly built Amp/DAC combination. The included leather case is also top notch. Using the A200p with an iDevice (iPad/iPhone/iPod), simply plug in the Lightning cable into your unit and you’re off to the races. It was a snap to setup with my iPhone 5 and iPad Air. As well, it was easy to setup on my wife’s Samsung Galaxy S4. As an added bonus, the A200p comes with a USB cable for use with a PC or Mac based computer. If you have been considering the portable units by Audioquest or Geek, I’d seriously give the A200p a listen.

I’ve tried many portable headphones (NAD HP50s, BeoPlay H6’s, and the V-Moda XS’s) with the A200p Amp/DAC. And each and every headphone benefited from the addition of this outstanding little unit. However, these improvements were most apparent with the T51p’s, the A200p offered increased dynamics, detail and control. Geddy Lee’s bass line riffs were now tighter than when used straight out of my iPhone with the A200p and I felt that while I was giving up a bit of portability with the A200p vs. no external amp/DAC, the sonic improvements in detail and control were well worth it. Throw in the extremely small form factor and easy compatibility with a variety of devices (iDevices –using the Lightning Plug – Android phones, PC’s and Mac’s); it’s a no brainer portable solution: A solid performance upgrade in a tiny package for a reasonable price.

With the T51p/A200p combination, Beyerdynamic hit on all cylinders in terms of portability, noise isolation, sound quality, and comfort. If you’re looking for an on the go setup, I can think of none better in the sub $1000 price range.