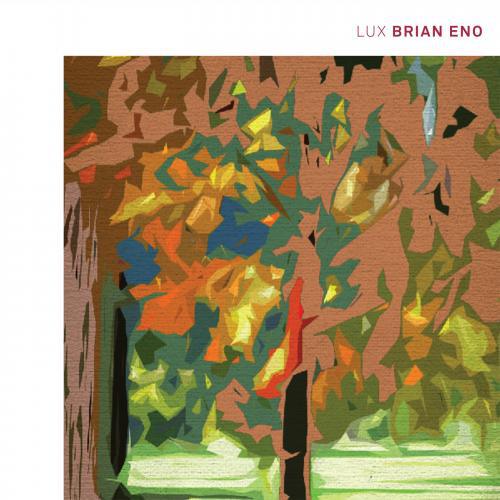 Some friends told me that buying ambient music on wax is a waste of money. As an admitted ambient addict I must wholly disagree with them. Much of the transmissive power that makes ambient music so universally appealing is its majestic use of space and subtle elements with sonic familiarity: Sounds from anything in life; nature or manmade, like city traffic, or the sounds of the park on the edge of that city; wheat-covered hills in an apple orchard bustling in the mid-day breeze. What we call ambient has grown beyond anybody’s imagination I think. However it’s a genre (or combination of many for that matter) of music where authentic sounds and the act of capturing those new sounds are the epicenter of the art form.

So, in many ways, ambient music is always futuristic. It’s timeless. That’s what I love most about it. You can always find something fresh to listen to. Does that make it all sound good? No, but Brian Eno is no stranger to this craft. LUX is too good for itself actually. While I enjoyed it tremendously it is a tease for the money (2 x 180g DMM mastered vinyl – includes 4 prints). I’d only recommend hardcore Eno fans shell out for the vinyl of this EP posing as an LP. Perhaps it’s the other way around. Either way, as a fan who tries to consume everything Eno, I’m psyched I ordered this one.

LUX is a masterpiece of ambient minimalism. Now, let me be crystal here: I can’t believe I just typed that shit either, but this album can be transformative. There I go again, tossing out another practically meaningless word in order to attempt a description of genius. OK, stop blagging and get to the music, right: The vinyl kills the provided MP3 download (duh). That’s not always true however, some compression (when executed correctly) lends itself to certain types of music., but not this sound. Eno’s sparse compositions are spacious and lush. He envelops this piano with floating synth sounds on side D. The noises sound like a starlit sky, away from the light pollution of civilization. It’s like a sonic wool coat. The velocity of the piano strokes waver with the intensity of the encasing space music. It’s perfect for meditation.

There’s a bit of a sonic theme throughout all four sides, though admittedly my lack of proper acumen for explaining the thematic musical structures won’t do this body of work justice. Picture your run-of-the-mill New Age garbage, and imagine that not all symphonic music, simplistic in form, was not invented for dime store elevators. There’s an inherent truth in the construction of ambient music, as it reflects life itself at times, only audibly. If I were to give a video cue to the nuanced wizardry that comprises LUX I would say: Imagine the obliqueness of a planetarium, the sense of deepening space above and around you spreading out through simple map points on the dome. Brian Eno paints those map points in the sky w/ his own sonic brush. To be brutally honest: This could all be bullshit. It’s what came to me while enjoying the hell out of this pressing. Vinyl forever…