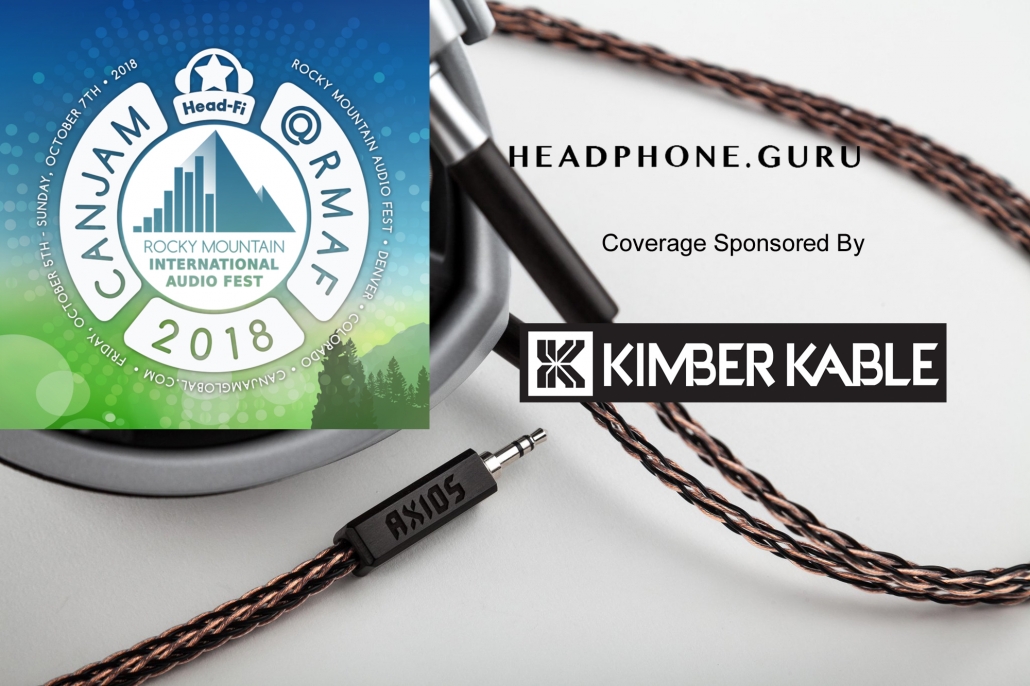 2018’s CanJam at Rocky Mountain Audio Fest was another great show featuring a hall full of incredible personal audio gear and over a thousand eager enthusiasts ready to seek out their favorites as well as discover something new. This will be the last time at the Denver Marriott Tech Center as next year’s show will move to the new Gaylord of the Rockies convention center opening in December. CanJam did its best to give the Marriott a grand sendoff as many of the longtime CanJam favorites brought their best to the show.

Focal was featuring their new High-end Circum-Aural closed-back headphone, the Elegia. Coming in at a 35 Ohm efficiency the Elegia features an all new driver and is priced at $899 US. The Elegia has a build quality similar to the much more expensive Clear. Also, on display were the new Clear Pro featuring a new wine red and black color scheme for $1699. (I want one!) They throw in an extra coiled cable with the deal. Also, on hand were the flagship Utopia and the custom ultra-bling with gold and precious gems for a bargain price of $127,000 US! They have actually sold a few too. At the other end of the price scale, was the Listen line including the wired Listen at $199 and the wireless at $299. The Listen pro comes in at $249.

You want great sound without the high price you need to check out 1More. The makers of the famous Triple Driver universal in-ear (Still available for an amazing $99) now has the Triple Driver Bluetooth in-ear for $199. This comfortable design is perfect for the gym, on the plane or just cruising around. Also, on display were the Triple Driver over the ear headphones ($249) The Spearhead VRX Gaming headphone ($199) and the Quad Driver universal in-ear ($199). They are available at Bestbuy.com, be sure to keep an eye out for some great holiday prices!

Peter James was manning the Headamp booth as usual. They were showing off the unexpected but very welcome new GS-X Mini solid-state headphone amp. Based on the flagship GS-X II, the new Mini offers 4 watts into 50 Ohms vs. 6 Watts for its big brother. The single chassis mini has a single fully discrete power supply and is fully Single Ended to Balanced so even single ended headphones get the balanced treatment. Peter commented the Mini is basically 90% of the GS-X II in 1/3rd the size and 2/3 the price at $1800-$2000 depending on color finish. Also on hand was the Gilmore light amp at $499 and the Blue Hawaii electrostatic amp in the new Matte Black $6000-$6800).

Bob Clarke from Profundo had the Viva Egoista 845 on hand in the Marketplace area. Viva Egoista 845 is priced at $13,950. It is a powerhouse coming in at about 16 WPC. The tube complement includes a pair of 5U4GB rectifiers, a 6N1P for the preamp, one 6SN7 driver and two 845 power output tubes. It features 5 selectable inputs (one of them XLR) and 4 outputs (2 std. phone jack, 2 XLR). The amp is all hand-built, pt. to pt. wiring (with silk-insulated copper Litz wire) and extremely exotic core output transformers. All that adds up to a sweet sound and power to drive almost any headphone you would pair with it.

Stephen Mejias is back at AudioQuest and he and they were all over the show with their cables, NightHawk and NightOwl headphones and Niagara power management system. The now famous DragonFly Red and Black portable USB DAC/Amps were being used at both CanJam and in the RMAF tower rooms. Every audio enthusiast will find something from AudioQuest to improve their system. The NightHawks are a personal favorite of mine and my two-channel system is wired with all AudioQuest cabling.

Our friends at VPI Industries were also found in many rooms with their world-class turntables. The Prime ($4000), Prime Signature ($6000), Avenger ($10,000 and up) and Titan ($40,000) tables were found in some of the highest end rooms in the RMAF tower. The Prime Signature is my home reference table and it has provided many great headphone/vinyl moments.

As usual, the show was terrific. Thanks to the terrific CanJam team for being great hosts as always. The Guru team is looking forward to the new venue in 2019.