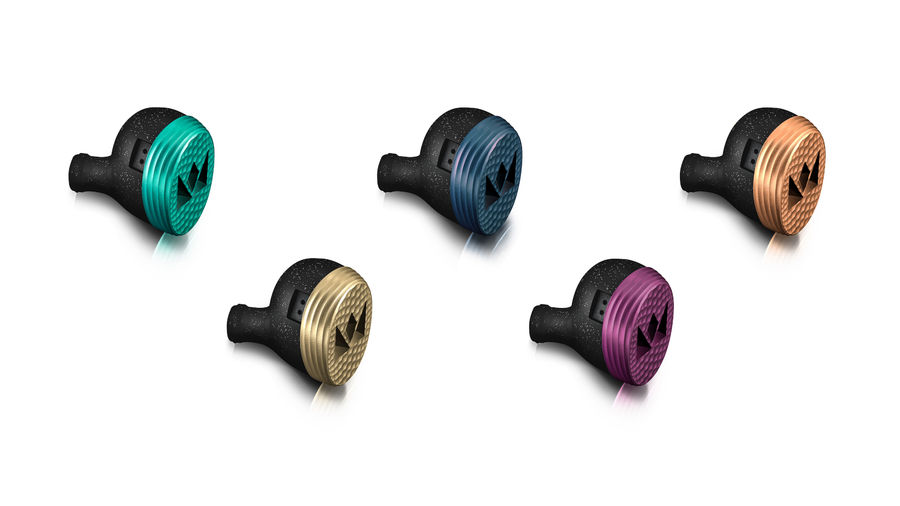 One of my favorite events in the Hi-Fi community has been CanJam SoCal and for 2016 Jude, Ethan and the gang have not disappointed, providing a wonderful and well laid out forum for audio designers to meet with personal audio enthusiasts, as well as allowing members of the community to experience a wide selection of products, many not yet available to the public. What made this year unique, at least for me personally, was that for the first time I was able to experience it not as a manufacturer, but as one of the rabid fans perusing the halls.

As often happens, the excitement began before the official start of the show when Warren Chi of Cavalli Audio invited us to a private preview of the prototype Cavalli Audio Liquid Tungsten tube headphone amplifier, soon to be their flagship model. Though a price has not yet been set for this beauty, Warren hinted that it would be around $4,500, which would be quite the bargain. Listening to it through the MrSpeakers Ether Cs ($1,499.99) and the Sennheiser HD800s ($1,499.95), while comparing to the Cavalli Audio Liquid Gold ($3,999), the Liquid Tungsten was airy and detailed while honey smooth on the highs, yet offered good authority in the bass.

The Cavalli Audio Liquid Tungsten resplendent in its nakedness

I began the show on Saturday morning by starting on the third floor with Jason Lord of The Source AV, a rarity in these times, a long time high-end two channel dealer who gets it. The Source AV has embraced personal audio offering sound rooms dedicated to headphones, headphone amps and audiophile quality DAPs. Jason was quick to point out that he is the first brick and mortar dealer to carry the Cavalli Audio Liquid Lightening 2T ($4,999) which was on display with the Stax SR-009 Electrostatic Earspeakers ($4,450) and the Astell&Kern AK380 ($3,499). In making the outstanding ENIGMAcoustics Mythology M1 Loudspeakers ($14,690) powered by the Questyle Audio T2 and R200i 5GHz Wireless Audio System (TBD) the center piece of his display, Jason treated CanJam attendees to the unique experience of state of the art two channel audio. Also on display were offerings from Woo Audio, Simaudio Moon Neo, Naim, Sennheiser, McIntosh and Sony.

Also on the third floor was Stax Electrostatic Earspeakers. For decades Stax has set the bar by which all other headphones are judged in the audiophile community, and their current flagship model the SR-009 ($4,450) is no exception. Of particular interest was the new SR-L700 ($1,400) on display with the SRM-006t tube amp ($1,325), the latest offering in the ever popular Lambda Electrostatic Earspeaker series utilizing the same diaphragm technology as employed in the SR-009.

On to the second floor and the main display room brought me to the Comply table where they were demonstrating their Hear More ($19.99) and Listen Longer ($21.99) memory foam IEM tips. The Hear More are designed for better isolation, while the Listen Longer are tailored for comfort.

Grace Design is a Pro Audio manufacturer specializing in electronics for the studio. With an eye towards the consumer market they have developed the Grace Design m9XX ($499 as a Massdrop exclusive) audiophile quality amp/DAC.

Next up was Ultimate Ears where they unveiled their UE Pro Remastered High Resolution studio reference custom in ear monitors ($999), their second collaborative effort with Capitol Studios. They sport 3 proprietary balanced armatures with multiple passive crossover points and triple bore sound channels. I was treated to a listen, achieving my first ever seal with universal tips through a Woo Audio WA7 Firefly ($999) headphone amp.

Scott Hull being scanned for a custom fitting

I was pleased to be able to finally listen to the much talked about Onkyo DP-X1 Digital Audio Player ($899). It offers dual Saber DACs and dual balanced amplifiers as opposed to its sister product from Pioneer which has a single DAC and amplifier, which struck me as odd, since the Onkyo H500M ($149) headphones were single ended and the Pioneer SE-MHR5 ($300) were balanced. The DP-X1 appears to be the perfect device for someone who is looking for an Android device, but wants a step above a phone.

RBH has been in business for 40 years, and the RBH HP-2 Beryllium Driver ($249) headphone is evidence of why. The HP-2 employs a 45mm driver diaphragm produced using thermal physical vapor deposition. For those who are willing to compromise sound for convenience they also offer the HP-1B ($249) Bluetooth headphone.

Lastly I proceeded to the Cavalli Audio/MrSpeakers room where Cavalli Audio unveiled their much anticipated Liquid Spark ($499) portable headphone amplifier. Boasting a 13 hour battery life and a high and low gain setting, when coupled with the Astell&Kern AK380 (3,499) driving the ENIGMAcoustics Dharma D1000 ($1,190) headphones, there was significant performance enhancement over the AK380 by itself. I was also informed that they have released a new run of the incredibly popular Cavalli Audio Liquid Carbon ($599) headphone amplifier.

Dan Browdy of Cavalli Audio shows off his ninja stance

Then came for me, what was the high point of the show, the MrSpeakers Ether Electrostatic (TBD) headphones. Though still in the prototype stage the sound they provided when driven by a Cavalli Audio Liquid Lightning 2t ($4,999) with a Schiit Audio Yggdrasil ($2,299) Multibit DAC as source simply redefined what one should expect from an electrostatic headphone. I definitely look forward to hearing the production version with great anticipation.

Once again Ethan, Jude and company put on an excellent and enjoyable show, for which I give a hearty thanks, and I anticipate that next year will be even better, if only we didn’t have to wait 12 months to find out.