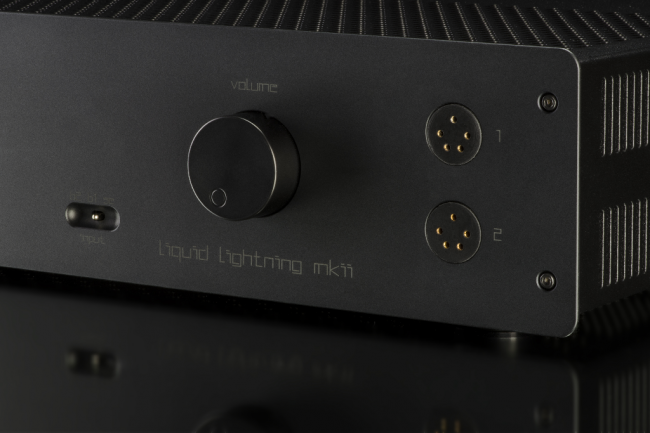 I recently got into Stax’s electrostatic headphones when I picked up the Stax SR-009’s (what I consider the greatest pair of headphones I’ve ever heard). At the time, being relatively new to the “stat game”, I also purchased a Stax SRM-727II solid state amplifier to accompany the headphones. Since the SR-009s are electro-static headphones, a standard dynamic amplifier just won’t work since a substantial investment is needed to drive them (and a major investment is required to drive them properly).

I was in sonic bliss for the better part of a year with this combination, but reading up on other options got me thinking about all the sonic goodness that might be hiding in my SR-009’s. So the journey down the rabbit hole begins…

I have heard several top-flight electro-static amps over the years with both my SR-007 Mk1 and SR-009 headphones. Everything from the Stax’s current top of the line amps (the SRM-727II to the SRM-007tII), an older HeadAmp KGSS, SRM-717, to the well respected DIY KGSSHV (a do-it-yourself amp with higher voltage swings/current/power than the KGSS) and finally to the highly famed DIY version of the Stax T-2. With each amp, my Stax headphones (SR-007Mk1 and SR-009s) continued to sound better and better.

This review concerns the Cavalli Audio Liquid Lightning Mk2 (LL2) electro-static amplifier. Previously, I owned the predecessor; the Mk1 (LL1) and while I thought it was a fine amp, I didn’t feel that it offered the sonic enhancements of the KGSSHV when put in direct comparison. However, upon first hearing the Mk2 version, I was shocked at how stark the differences were between both LL1 and LL2 versions (all positive differences). 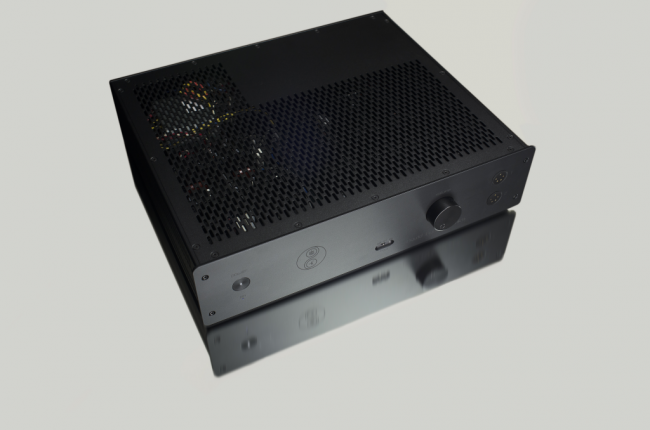 First off, the case work is truly top shelf here. The all-black motif is striking to behold and the amp has a sufficient amount of girth and weight – all the hallmarks of an amplifier costing $4250 price. The original Mk1 had a nice look and feel to it, but in the end, the build quality couldn’t justify the hefty price tag. All has been rectified with the newer version. (Please note that there is a Liquid Lightning 2T option/version being released soon that incorporates 6S4A vacuum tubes in place of the current mosfets.) The solid state version is relatively the same as the one I’m reviewing here except the circuit boards layouts have been changed to allow for either tube or solid state versions to be assembled in the amplifier. The TKD volume control has also been replaced with a optically coupled photo resistor volume control. I hope to have the tube version this fall for a separate listen and potential review.

The amplifier is powerful and able to drive the SR-009s to extremely loud levels without a hint of distortion or clipping. My more power hungry SR-007Mk1’s are also driven with authority and control. The Liquid Lightning 2 runs on 400V rails and offers an impressive 1600 V Peak-to-Peak). For a stat amplifier, that’s impressive and identical to the highly regarded HeadAmp Blue Hawaii Special Edition (BHSE). I used my trusty DIY KGSSHV as a comparison to aid me with this review and it runs on 450V rails with 1800 Vpp. In the end, I found both offered plenty of voltage and power to properly drive both headphones used in this review.

The amplifier offers three inputs (two balanced and one un-balanced) and thankfully, it also has loop-out (balanced) functionality. This really comes in handy for me as I can loop out my signal to my traditional dynamic headphone amplifier (HeadAmp GS-X Mk2) from the LL2. This is certainly a welcomed addition over the original model and certainly can make one’s life easier. There are two output Stax headphone jacks and while one is set to the standard Pro bias (580V), the second can be customized at the time of order to either 580V, 500V or 540V to drive other types of electro-static headphones. 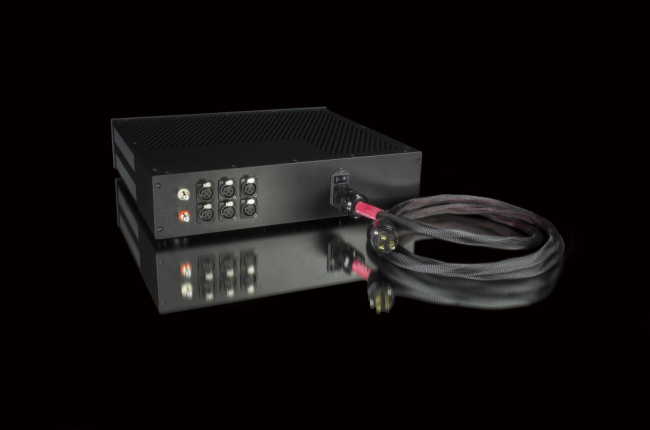 A quick note on the upfront gear used for this evaluation: I used primarily CDs played through my Cambridge Audio 650C CD player (transport) and fed that signal through my Bryston BDA-2 DAC. I also used high resolution downloads streamed via USB from my iMac. This USB signal was first fed through the Schiit Audio Wyrd USB Power Isolator and then into my Bryston BDA-2 DAC.

The two electrostatic headphones that were used for this review were the legendary Stax SR-007Mk1 (this is the preferred version over the newer Mk2 version) and the top of the line (TOTL) Stax SR-009. The older SR-007s are less efficient and harder to drive than the newer SR-009s and I was surprised at just how well the Liquid Lightning 2 was able to drive them. I’ve tried several amplifiers that would run out of steam with these venerable headphones and end up making them sound overly dark and sluggish. But on both the KGSSHV and LL2, they sound sublime. I do however have a slight preference for the former of these amps (KGSSHV) as it seems to pair a bit better with the SR-007’s and control the drivers with the upmost authority. Don’t get me wrong, the LL2 does a fantastic job with these headphones as well and the differences aren’t too drastic. On the other hand, when I switch to the SR-009’s, the LL2 is very hard to beat. These headphones are ethereal in their sound and with the KGSSHV it can result in “too much of a good thing” on certain recordings. The Liquid Lightning 2, when paired with these TOTL (top of the line) electro-static headphones offers a slightly more romantic experience – seductive warmth that works so very well with these headphones. The instrumental separation is still top notch (while I felt this was a bit lacking with the original LL1, especially given the price range), but with the LL2, you get it all: Detail, warmth, and a quick and tactile performance.

On Jazz at the Pawnshop I find the sound staging of this recording offers a fantastic test when auditioning new gear. I am happy to report that the Liquid Lightning 2 did a phenomenal job. I was there in Sweden, sitting in the pawnshop listening to glasses and dishes clanking and people whispering and murmuring in the background; all while the jazz performers did their thing. The ability of this amplifier to keep up with the nuanced information and incredible inner detail rendering in the recording and throw a sound stage that is not only believeable, but also breathtaking is a real asset. I then switched to one of my favourite albums of all time: Kind of Blue by Miles Davis (Legacy Edition). Again, it was as if Davis and Coltrane were in my living room playing on “Flemenco Sketches”. I literally got goosebumps with the specific locality protrayed with this setup. Something that definitely needs to be heard to be believed! 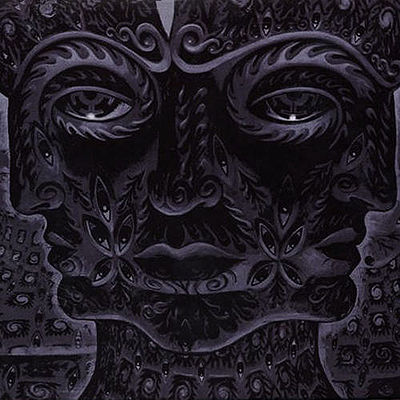 Next up came Tool’s 10,000 Days. I often use this CD to determine the bass quality performance. It hits both hard and fast. Often times, gear I’m evaluating may do one or the other, but rarely both. And I find that this album does a very good job on separating the wheat from the chaff. On a proper setup, both the SR-007Mk1 and SR-009 do an outstanding job with this recording and only a few other headphones have been able to keep up with them (like the Audeze LCD-X and LCD-3 planar magnetic headphones). When I listened to the first track, “Vicarious”, with the SRM-323, the bass did seem to be quite quick and nimble, but the oumph was sorely lacking, on the SRM-727II, it was the opposite (hard hitting, but a bit muddy and slow) on the SR-009s. However, with the Liquid Lightning 2, the bass not only hits hard, it was fast and detailed. It’s good to be able to have your cake and eat it too.

Holly Cole’s self titled album yielded equally satisfying results. The vocals were clean, upfront, and smooth. I hate to say it as it will sound cheesy, but the mids on this amplifier are very “liquid” and they really pull the listener into the recording. Holly’s voice has never sounded better than through the LL2/SR-009 combination. I’ve heard this recording on a wonderful Wilson speaker setup (driven by an uber powerful and clean Krell amplifier) and I’ve got to say, I prefer the LL2/SR-009 by a reasonable margin. While nothing can beat a proper 2 channel speaker setup for imaging; the inner details, timbre and tone all take the LL2/SR-009 to another sonic level of excellence. The treble with this album has fantastic extension and clarity; while never being harsh or strident. Back to the SRM323, some have claimed that the SR-009s can be bright and with this amplifier I can agree with them; but switching over to the LL2, the SR-009s are as neutral as I’ve heard through a pair of headphones. Treble detail and decay are both simply outstanding and only serve to make the recording come to life.

After having the pleasure to listen to this amplifier for quite some time, I purchased one. I suppose it has passed the mustard test of “put your money where your mouth is” and I feel it is a worthy amplifier for both Stax headphones I own. Don’t get me wrong, my KGSSHV isn’t going anywhere in my collection, but as it’s a DIY built product, finding one can be difficult for some. Finding one from a reputable building is harder still. That’s were the Liquid Lightning 2 comes in, it’s a commercially available product that is able to squeeze most of the sonic goodness from your electrostatic headphones and recordings.

There are other commercial electro-static amplifiers out there like the HeadAmp Blue Hawaii Special Edition and Eddie Current Electra. But they are all vacuum tube based products and I’ve been living the tube-free life for the past few years (after being a tube guy for about 20 years or so). Hands down, the LL2 is the finest commercially available solid state electro-static amplifier I’ve ever heard.