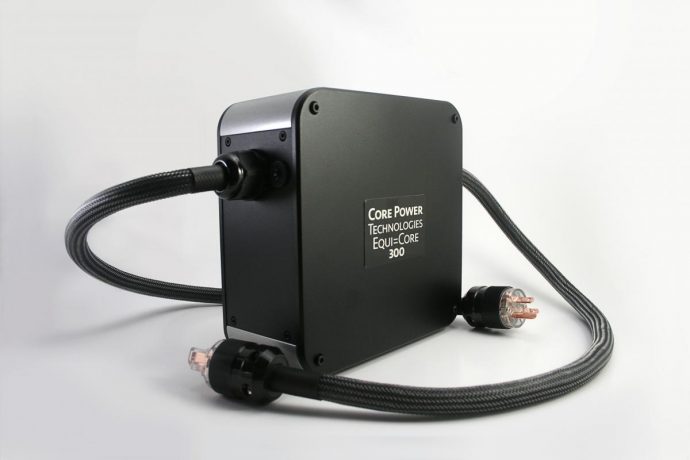 Many people who started in the 1980’s in the hobby with early digital may remember Mark Schifter, one of the pioneers in digital audio, who helped redefine digital sound with the Audio Alchemy DAC’s and conditioners that helped refine the nasty sound of early digital audio and dealt with jitter. His work helped to create musical digital products and refined the nasty sound that early digital products were producing.The early days of digital was a far cry from what we hear today in digital music . Most companies have figured out how to reduce noise in digital audio and have made better DAC’S and found ways to reduce jitter in their products. Some conditioners I have used helped somewhat to lower the noise floor, but more so work as surge protectors that actually are  designed to protect your electronics in case of power failures. Most do not recondition the power working to regenerate clean and quiet power.

Many folks who listen to headphones, especially in prime hours on home systems, have experienced noise, especially when streaming music from a computer.  Peak hours, with many people using electrical devices,  create noise. The late hours alwas seemed quieter and made the music always sound more musical. Using standard power conditioners in my system helped but never eliminated low level noise or grunge that occasionally was noticeable in the system. While they helped, they never seem to eliminate the noise, especially while listening with headphones. Tube equipment, used in my main system, comes with another set of problems, mostly from tube rush which  can add noise or hum to the system.  The higher the resolution of the equipment the more noticeable the noise and less rewarding is the musical experience.

Mark Schifter is back with his new company Core Power Technologies. The company, located in Colorado, hand builds all their products and the design of the 300 is designed to take the power from all of your sources  while plugged into the included Wireworld  Matrix 2 power strip and delivers clean power to the equipment and lets the listener experience a level of true noise free clean electrical power in to their system.

CPT believes the best way to deliver quiet power is to used a balanced cable configuration which the 300 delivers to your system. The electronics are plugged into the Wireworld power strip and the Equi-Core reconditions and cleans the power, which results in a quieter and completely silent and black background.

Listening mostly to the system with headphones has made me aware of different noise, especially while streaming music. Used for this review were Audioquest Wind interconnects(2K) using the Chord Dave DAC and Mojo Audio Mystique as the main sources with a variety if different headphones.The system was rounded off with the VPI Scout turntable with the Fritz Carbon 7 monitors and the VPI 229D tube integrated amplifier. I had excellent results using the 229D tube headphone amplifier in this review in addition to the Chord DAVE solid-state headphone amplifier.

Listening to various recordings, mostly streamed from a 27-inch IMac using the Tidal music library, I immediately noticed that there was no noise anywhere. The sound appeared to be quieter. I heard no noise coming from the Mac while streaming and recordings sounded as if they were much blacker. Using the Wind interconnects revealed more inner detail and musicality and there was no noise using the two reference DAC’s in the system. Switching over to the VPI tube amplifier the sound was sensational. The background from the amplifier was dead quiet and noticeable was the absence of any hum, while using the VPI system and Scout turntable, making this a silent and musical experience.

There was no hum coming from my turntable. The record pops and ticks were still evident but missing was any hum or noise coming from anywhere in the system. The background was black-dead silent without anything but the music. Inner detail became more clear and transparent. I could hear the notes and musicality without any distractions. Digital recordings were noticeably quieter. I had zero amount of jitter or noise from the MAC streaming and the music with revealing headphones was more musical as I heard no noise from any source used for this evaluation. Noticeable was the differences of detail and more enjoyable was no noise coming from the musical streaming.

The Core Power 300 helped make the sound of my headphone listening more rewarding. Headphone system users will definitely see the differences quickly. Auditioning a unit allows an easy demonstration by listening to three songs with and  then without the unit in the system. The sound of the system with the 300 is much quieter and easily noticed and rewards the listener with a more musical experience. Once removed I immediately noticed more noise and it sounded as if something was missing without the Equi-Core  in  the system. Noise floor was higher without the unit and music notes were not as clear and it lost some musicality. Differences were  easily noticed and the system with the Equi-Core 300 was noticeably better with more clarity and a black background. Inner detail and sound of musical instruments were more vivid.

The Equi-Core 300 priced at $799 is available for purchase from  Core Power Technologies. The Equi-Core 300  is an exceptional addition and a worthwhile investment.  Listening with the conditioner for me was always better than when I removed it from the system. The time without it in the system there was a low level hum with vinyl sources and grunge while streaming from the computer. Inserted back into my system the sound was dead quiet and the system had a black noise free musical presentation. Mark Schifter once again has created an exceptional product that deals with noise issues. The Equi-Core 300 rewarded me with exceptional black and noise free musical listening experiences. If you’re tired of noise interfering with your music or are seeking the last refinement in your system check the  Core Power Technologies Equi-Core 300. You may find, as I have, this product is a valuable and priceless addition to the system and the final piece that is needed to get the most out of your system. Highly Recommended.