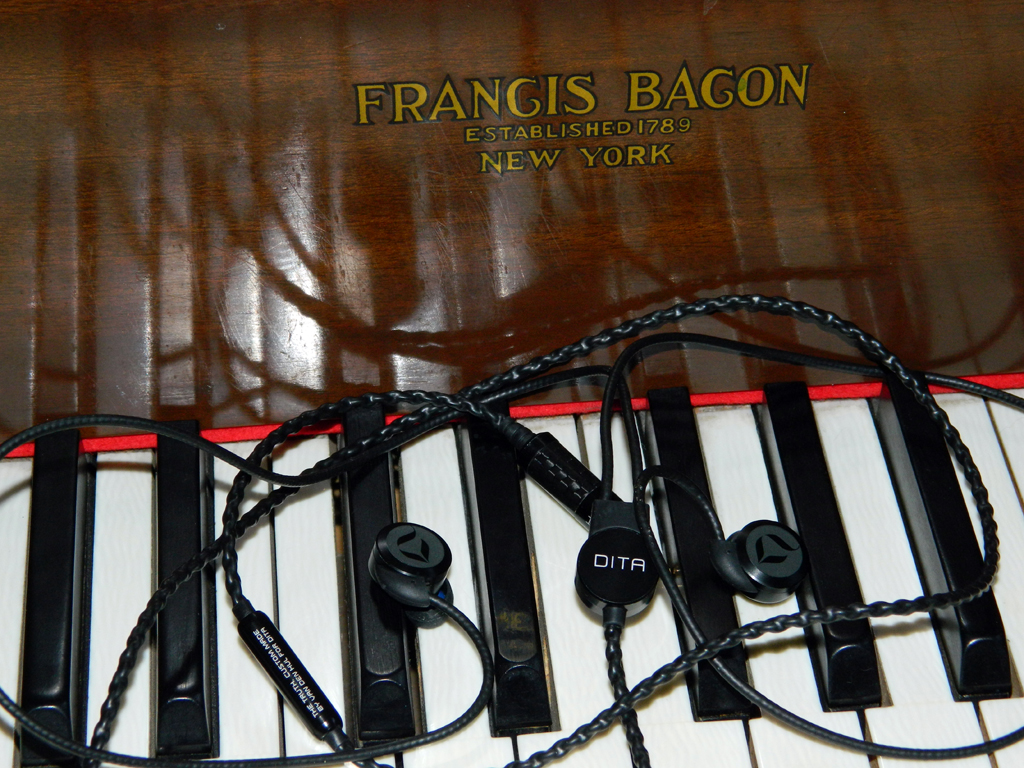 A.J. van den Hul is one of the oldest and most respected names in High-end Audio. At a time when digital audio was on the rise (early 1980s) and set to displace analog entirely, he released a line of phono cartridges that reminded audiophiles what they were missing and helped to keep vinyl alive. He was also one of the first to recognize and apply the characteristics of silver to audio cables. So when DITA sought to improve their world class Answer IEM, it was no wonder that they turned to van den Hul to help develop a new cable they call “The Truth”.Wisely, rather than using removable cables, involving additional problematic connections that can add capacitance and impedance to the signal path, they hardwire The Truth cables directly to the Answers using VDH silver soldier to ensure a mechanically as well as sonically reliable connection, hence the DITA Answer (Truth Edition).

When compared to the standard Answer IEMs (see my review of 6/13/2016) the Answers themselves are obviously identical, but The Truth cable has a much beefier and frankly sexier look and feel, and includes a bazaar little window so that you can see the braided cable through the transparent dielectric underneath the black outer jacket.

Based on a recommendation from Chris Zainea of On Song Audio, the DITA distributor, I began my sonic comparisons by testing the different tips with both the standard and The Truth editions of the Answers. I found with both models, I preferred the “small bore” tips, though this may be due to seal as much as their intended sonic differences. Though I am not a big fan of A/B tests (they tell you more about difference than sound quality) it seemed the proper place to start in this case. The first thing I noticed was the Truth Edition Answers were tighter, more refined, which argues for better phase coherence and speed. The already humongous sound stage was a little larger and airier. The tonal balance of the two versions was basically identical, which was a pleasant surprise as I anticipated that the van den Hul might come across a bit on the bright side, which it didn’t.

Following my comparison tests, I spent a couple of days in just general listening to get a proper feel for the Truth Edition Answers, then moved on to critical listening. I began with the 24/96 version of Troy MacCubbin’s “Someday”, from his album Night at the Gallery. Since I was present at the recording of the album, I figured it would give me a unique insight into the accuracy of the sound from the Truth Edition Answers. The sound stage though expansive, was precise and intimate reflecting the relative small size of the Fake Gallery where the performance was made. Each instrument was well delineated and solidly placed (the performance consisted of eight musicians, guitar, bass, drums, keyboards, and a string quartet). The tonal qualities of Troy’s guitar and voice were exactly as I remember them.

The Truth Edition Answer’s handling of vocals led me to dig out “Dance This Mess Around” by the B-52’s. Kate Pierson’s impassioned and stirring patter was reproduced in all its lush and liquid grit. Keeping with a theme I pulled up the DSD track of “Think of Me” from The Phantom of the Opera (Original Motion Picture Soundtrack) which forced me to switch the 16/44.1 version from The Phantom of the Opera (Original Cast Recording), subjecting myself to that recurring dilemma of performance vs. recording quality, and as usual performance won out, Sarah Brightman’s operatic magic faithfully and respectfully reproduced by the Truth Edition Answers.

I finished my listening session with Peter Gabriel and “Here Comes the Flood”. Like the standard Answers, the piano is presented realistically, with a sharp attack and full bodied, multi-harmonic decay coming out on the Steinway side of the piano tonal spectrum.

If you read my original review of the standard Answers, you are probably wondering if the Truth Edition is as forgiving of low-res sources. Well, as I write this I am listening to Regina Spektor’s “Samson” on Rhapsody Radio (on my Samsung Galaxy Light), as I have been for the several hours I’ve spent writing this, and while not as magical as with the QP1 or my desktop system, it has not at all been fatiguing or offensive.

The sixty four thousand dollar question; is there a day and night difference? Yes and No. The similarity of sound signature of the two models is much more similar than I would ever have imagined, at the same time, the incremental increase in air and richness is about the same as would expect going from a first class DAP to a first class desktop system (usually at an extreme difference in cost). Is it worth the $350 increase in price? Well, keeping in mind that cable upgrades for most headphones or IEMs would cost you that much or more, definitely. While the $999 price tag puts the DITA Answer (Truth Edition) on a level with a lot of well respected competition, I think it can easily punch it out with the big boys.

For a full explanation of the van den Hul 3t-true-transmission-technology see below page:

All testing in this review was done using the Questyle CAS192 DAC through the Questyle CMA 800R Current Mode Headphone Amplifier, unless otherwise noted.