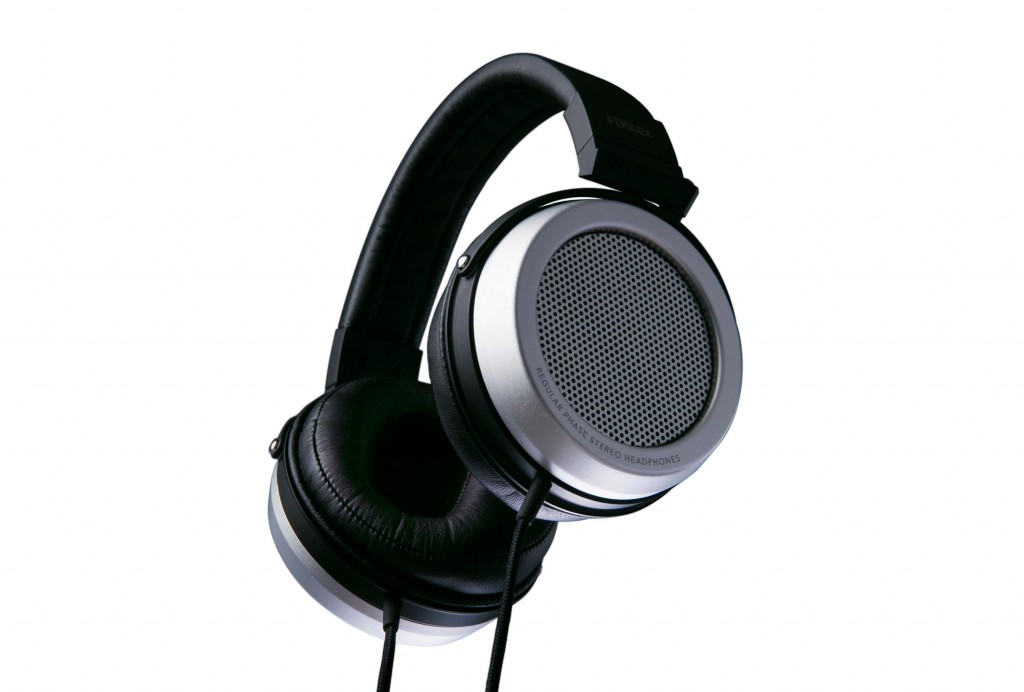 When Frank Iacone asked me if I’d be interested in reviewing the TH500RP for Headphone Guru. I jumped at the chance. Fostex, based in Japan, has been around since 1973. Many people, audiophile and non-audiophile alike, are aware of their presence as they produce hardware for both professional and audiophile use. The TH500RP is the least expensive and only planar-magnetic headphones Fostex currently offers. Although they have sold them in years past.

As I opened the package UPS delivered to my doorstep, I was immediately impressed by the physical build quality of these headphones. The look is sleek, smooth and modern with its attractive silver and black finish. Light weight at just 0.84 pounds (380 grams) with soft leather ear pads, the TH500RP would prove to be quite comfortable for extended listening. There is an attached 3 meter long cord that’s a nice touch which proved advantageous for taking a few steps away from my desk when needed while not having them inadvertently ripped off my head. The end of the cable is an single ended ¼” gold plated plug. In addition to the box, a “leather texture” pouch is also included for travel.

It should be noted from the beginning that the Fostex TH500RP has a bit of a thirst for powerful amplifiers. Fortunately, my Oppo HA-1 was more than up to the task at hand. For a source, I used my Sony HAP1-ZES Hi-Res Music Center. The Sony and Oppo were both plugged into a Monster HTS-5000 used as a surge protector. Interconnects were Audioquest Forest. I also employed 2” thick hardwood butcher blocks as well as a trio of Ayre myrtle wood feet under the HA-1 and HAP1-ZES to good effect. Four Mapleshade IsoBlocks then supported each butcher block.

That Planar Sound was evident from the start. If you’ve never heard planar-magnetic speakers or headphones before, you owe it to yourself to audition a pair. When right, the sound can be characterized as fast with a cohesiveness from top to bottom. Most dynamic speakers or headphones simply can’t seem to keep up. The TH500RP were no exception in this regard. Beware: the sound seems to lure you in and before you know it, you’re hooked.

The Fostex TH500RP produced bass that was tight, ruler flat-sounding and articulate. While some headphones (and amplifiers for that matter) produce bass that is sufficiently deep, they imprint the music with bass far out of proportion with the rest of the music on seemingly every recording. Not so with these headphones. Here’s a brief example: The FLAC recording of Bela Fleck and the Flecktone’s “Flight of the Cosmic Hippo” title track has bouncy, deep bass throughout. Through the Fostex TH500RP, you can clearly hear the bass reach its lowest around the 3:35 mark. Through my Audeze LCD-2 (w/Fazor, thank you), while still evident, it was, comparatively, less defined and murky. Advantage: Fostex.

Let’s get this out of the way right now: the TH500RP produced a midrange that was truly magical sounding. It was natural, neutral, exciting and addictive. Detail was presented in spades but never sounded etched or artificial as one might expect. There was never any sonic overload. No brightness or hardening of the sound during loud or complex passages. I could simply lean back, close my eyes and soak it all in. It reminded me of watching HDTV for the first time. It was a video produced by Philips to showcase their new rear projection sets on hand. I remember well the rich colors, extreme detail and lifelike presentation. I took it all in without any fatigue or weariness and wanting to watch much more. The midrange produced by Fostex ‘phones were the same way. Natural with no fatigue and when I had to pull myself away from the music, they always left me wanting more. To me, the midrange simply sounded right. Timbre delicacy was also intact. For example, backing vocals singing harmony on popular recordings or multiple instruments like guitars or brass or woodwinds sounded absolutely distinct and separate from one another. A rare treat, indeed. The decay of music was very fast but also very detailed allowing for a natural presentation you rarely find.

For me, that special midrange performance alone is the rai·son d’ê·tre for someone purchasing these headphones. Think about it for a moment. Most musical instruments, as well as the human voice, are produced in what we audiophiles call the midrange (roughly between 250 and 300 Hz on the low end and 2,000 Hz on the high end). Therefore, it becomes the most critical range of sound a component (the Fostex headphones, in this case) produces. Get this portion of the music right and then work other aspects of sound. As for me (and many other audiophiles) if the midrange is wrong, the rest of the presentation doesn’t matter. For example, a product may be exciting because it produces a soundstage as wide and deep as the Pacific Ocean, or maybe the best bass you have ever heard. But if the human voice sounds wrong, the whole thing is wrong. Advantage: Fostex.

If there was an area where the TH500RP was less than stellar, it would be the treble. I felt like I was not getting some of the shine or sparkle on top. This seemed to rob the music of some of the natural excitement one would expect. The treble was certainly not on par with the performance in the bass or midrange. I wouldn’t characterize the treble as being dull or lifeless, just rolled off somewhat, leaving a “buttoned down” character imprinted on the music. Advantage: Audeze.

This isn’t necessarily a problem area, however, one characteristic of these headphones is that much of the music did seem to emanate from slightly farther back than I’m used to. Please note that I don’t prefer an up front, in-your-face type of presentation. In fact, I find that very off putting. Think of it as sitting in the back third or so of your favorite music venue instead of somewhere in the middle. Slight advantage: Audeze.

I thoroughly enjoyed my time with the Fostex TH500RP headphones. Listening to music through them gave a new and wonderful perspective on well-known recordings. The bass was very good and the midrange was absolutely excellent. Downsides? A few and this is, I believe, where the TH500RP begins to fall away from some of the highly touted reference headphones out there. Most importantly, the treble sounded rolled off. Robbing the music of some natural sparkle. Another issue (with me, anyway), is the soundstage. It is set farther back than most headphones I have listened to (though, again, this could be a matter of personal preference. I can envision some people finding it more natural).

The TH500RP is also somewhat power hungry. Be sure you have an amplifier capable of driving them. Try before you buy. Can I recommend these headphones? For those not attempting to make an end-game purchase, absolutely. They are well built, visually attractive and, sonically speaking,  give the best headphones under $1,000 a run for their money. However, they simply couldn’t quite force me to part with my personal reference; the Audeze LCD-2 (but it was close). Keep in mind, however, the Audeze are more expensive. I imagine the few sonic compromises I’ve listed with the TH500RP are probably due to the product simply meeting a specific price point.

Bottom line: are these ‘phones reference grade? No. But that Fostex TH500RP magical midrange, however, will easily get you within earshot of reference. If you are ready to invest in headphones costing up to $1000, you owe it to yourself to audition these. Just don’t be surprised if they don’t make their way back to your dealer.