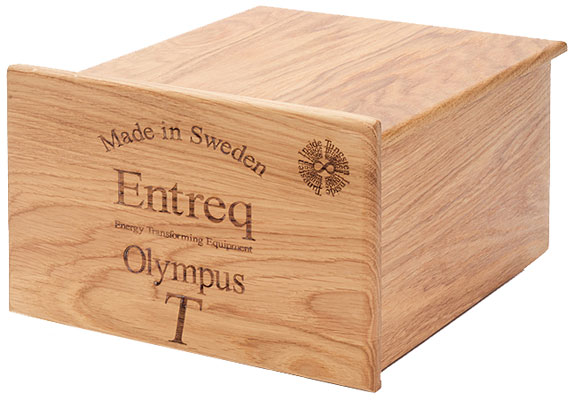 A flight of fancy or Grounded in reality?

I’m so lucky to be married. Not only is my wife the love of my life, but she is also, definitely, the more grounded one. While I can start getting more philosophical about aspects of my life, she never lets me go too far down that path. Her practicality has always steered our marriage through some difficult times, and for that, I am extremely grateful.  It hasn’t always been easy with various challenges and a mid-life career change, but she has always been my rock.

Luckily, her level-headedness also helps me with my condition of being an audiophile. There have been times in the past when I became fixated on a piece of gear, only for her to step in and ask me if I was really sure. Many times, due to her intervention, I later came to my senses and averted making a purchase that I would have later regretted. For those times I am always thankful to her.

As an audio reviewer, I, fortunately, don’t have to worry about making a commitment to try something out in my system. This especially applies to components that one would not label as traditional audio products. This leads me to the Olympus Infinity T Ground Box. This past fall, I was looking for something different to review when Wynn Wong of Wynn Audio suggested I listen to one of the ground boxes by Entreq. I looked at their website for a minute, was intrigued, and told Wynn to send me one. Due to shipping issues, it took a while, but one finally arrived at the end of 2021.

The first thing I have to share is a pic of the shipping crate for the Olympus Infinity T Ground Box. When I laid my eyes on this, all I could think of was one of those “secret devices” that everyone is trying to get their hands on in some spy thriller. Once I took the hefty (20 lbs) box out of its crate, I did a little oohing and aahing over the beautiful polished wood. The only connections I saw were two terminals with wooden knobs. Then I remembered to open the other package that Wynn sent me. It contained two Eartha Infinity Olympus Ground Cables. These cables appeared to have a soft cloth insulator with different connectors on each end. One end had a flattened hook and the other had what seemed to be a wooden RCA connection. At that point, I was a little stumped.

The box didn’t come with any directions, so I reached out to Wynn for guidance. He let me know that the hooks connected to the terminals on the grounding box and the male RCA plugs go into whatever open RCAs I have in the system, preferably on the amp and one into a source. Luckily, the ZOTL10 amp has two different sets of inputs and I don’t use the audio outputs of the Cambridge Audio AXC35 CD player. Armed with my new knowledge, I found a spot for the grounding box and plugged the cables into their proper spots.

Wynn told me the differences I would hear wouldn’t be immediate, so I started playing The Sundays “Blind” [DGCD-24479] and went to the kitchen to start working on dinner. (What can I say, I’m still a sucker for Harriet Wheeler’s voice.) About 20 minutes later, I noticed that the music suddenly got appreciably louder. Thinking someone had turned up the volume, I went back to the living room. All I found were two dogs on the couch staring back at me with concerned looks. Making sure those sneaky canines didn’t pull a fast one on me, I checked the volume control to see it was at the same level. “Just what the heck is going on here?”, I said to myself. I looked back at the dogs. They didn’t seem to have any answers either. I guessed it was time to do some research.

Entreq is located in Sweden. Not just the headquarters, but the manufacturing facilities as well. And it looks like a nice place to work, also. It is nestled in the Swedish countryside and does seem to be very welcoming. They started out in 1999 making Vibbeaters and produced their first groundbox in 2007. So what is a groundbox? In a nutshell, a groundbox is an alternate ground for your system that is isolated from any noise that may have leaked into your ground in your home’s AC system. But it does more than that. It acts as a sink for all this high-frequency pollution. That’s where the mixture of materials contained in the box comes into play.

These materials have different magnetic properties which dampen vibrations happening in the ground. As a result, this lowers the noise floor for the entire system. The use of wood for the boxes and the connectors is also for controlling resonances. The same goes for the Eartha cables. They are specifically designed to work with the Entreq ground boxes and are made of materials that enhance what groundboxes are doing. Each Eartha Olympus cable has two 15 AWG conductors and each of those conductors is composed of four different AWG silver wires twisted together. As I mentioned before, the cables also utilize wood and loose-fitting cloth insulation.

The Olympus Infinity T Ground Box and Eartha Infinity Olympus Ground Cables are part of a whole line of products designed by Entreq to fine tune the sound of your system. The pairing I reviewed is one of their best and designed to work with a moderately sized system, like mine.

“Oh, man. Here we go again, another crazy tweaky product.”, you’re thinking. I can go there in my mind, also. But I always try to keep an open mind about stuff. If I hadn’t, I would have never discovered the joy of low-powered SET amps married to vintage high-efficiency speakers. As a reviewer, I have to trust my ears and push my skepticism aside.

So, what did I hear? Let’s go back to the evening in question when my dogs and I were left staring at each other.  I wasn’t able to sit down and make any astute observations that evening, but over the next few weeks, I was able to quantify how the Infinity Groundbox and cabling were able to alter the sound of my system. As I said, the first thing I noticed was an apparent increase in volume. In days following that initial impression, I came to realize that my system was not louder, but more dynamic. Not just overall dynamics, but in sharpness in transients.

Anyone who has listened to horns, knows about the “jump factor” they bring to music. The Entreq Olympus Infinity T added that to my listening experience, whether I was using my Grado SR225s or the Super Pensil 12.2ps. Lutoslawski’s Third Symphony [Sony Classical – 88765440832] is an impressively dynamic piece. Those dynamics caught me unaware when I put my headphones on, hit the play button, and was jolted out of my seat by several molto crescendos at the beginning of the piece. This continued throughout the symphony. I knew they were coming, but they startled me just the same, each time. Sucker.

Another readily noticeable change to the performance of my system, was the width of the soundstage. I’m not much for focusing on that aspect, but it was inescapable with headphones. Normally, when I’ve listened to music with the Grado’s, the soundstage ends at each ear. With the Infinity Groundbox in play, this boundary was shattered. Bjork’s “Volta” [Electra 135868-2, like all of her albums, is packed with all sorts of interesting sounds. On the opening track, “Earth Intruders”, twin pulsing synths come after 30 seconds. Previously, when I listened to this recording, the synths would be stuck in each ear. Using the Entreq, they were located about a foot outside of each ear. This soundstage expansion wasn’t limited to the headphones.

When I listened to Vaughan Williams Piano Concerto [Lyrita Recorded Edition SRCD.211], the orchestra was spread out before me in a way I hadn’t heard before. Instead of listening from the balcony, I was now down on the floor with the full symphony spread out before me, with Howard Shelly on the concert grand in front.

The third major improvement I heard was the overall cleaning up of the sound. Details that were hidden in the background were suddenly unveiled. This was most obvious when I listened to music using the Limetree Network II. I found this curious because the Infinity Groundbox wasn’t even plugged into it, but the CD player. I guess there was a good enough ground connection between them. However it worked, I found that, in conjunction with the Entreq, the Limetree was more engaging and exciting.

One of my favorites on Qobuz is Tpppet’s turning-point Second Symphony [Chandos CHAN 9299]. While I love this piece, I haven’t gotten around to purchasing this CD because it is paired with his “Suite from New Year”. Not one of my favorites. When I listened to the Second Symphony using the Limetree, everything was just more present. The strings had more vitality and body, the horns had more body, and even the harp sounded more organic. It was a surprising upgrade in sound in what, I already thought, was a great component.

I can unequivocally say that the Entreq Olympus Infinity T Ground Box and Eartha Infinity Olympus Ground Cables made a difference in my system. By lowering the noise floor, it has made some not-so-subtle improvements that truly surprised me. It goes to show that even after all these years of improvements in audio, there are still innovative ways to improve the sound.

What it comes down to, with products like these, is where you’re at with your system. I could hear the difference with my modest system, but the ground box/cable pairing I reviewed, would exceed the cost of any individual component in my system. As I said, Entreq has an entire line of groundboxes and grounding cables to fit just about any budget. So don’t let the price tag of the system I reviewed intimidate you.

From my experience, those folks at Entreq are on to something very special and it is definitely worth checking out!