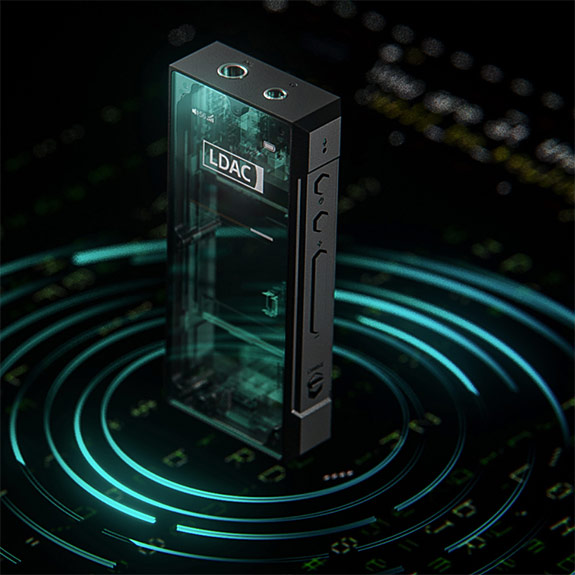 The shape of things to come.

When arriving at the University of Texas at Austin as a freshman, I didn’t have a lot of stuff on hand. That’s because I flew down from New York and could only listen to music with the Pioneer tape deck I recently purchased and a pair of headphones. While I did have some tapes that were recorded back home, if I wanted to listen to any new music, I would have to buy them as pre-recorded cassette tapes. While enjoying those tapes and their limited sound quality at the time, after a few years they had disintegrated to the point of no return. I never got around to replacing them with vinyl later on, so the albums purchased during that time are closely associated with my freshman year of college. I think what intensified that association was listening to them using headphones, which is a more intimate experience for me.

After receiving the FiiO BTR7 Bluetooth Amplifier I was reminded of those times. Of course, the sound quality is far superior to my freshman-year setup, but the intense personal experience was the same. I’ll have to admit, when Steven first offered the BTR7 for review, I wasn’t sure what it did. Initially, I mistakenly thought it was used with Bluetooth headphones. Only after digging deeper, did I understand that the BTR7 is a self-contained DAC / headphone amplifier that connects to devices via Bluetooth. I’ve reviewed several FiiO products in the past, and like those pieces of equipment, the BTR7 is packed full of high-quality components and features.

The Bluetooth connection is facilitated using a Qualcomm QCC5124 chip that supports high-resolution formats. FiiO creatively uses the frame as the Bluetooth antenna for better connectivity. The decoding is done by the XMOS XUF 208 chip, which supports all high-resolution audio formats, including MQA decoding. The headphone outputs are both single-ended 3.5 mm and balanced 4.4 mm jacks. The BTR7 can be recharged using the USB port or wirelessly. All of these features are, amazingly, crammed in a case that is only 39.6 mm x 83.6 mm x14.2 mm and weighs only 68 grams. I know I’m a borderline geezer now, but it is astounding that so much great sound can come out of such a small box. And to think, I thought I was pretty slick with my tape deck back in the day.

Listening To The FiiO BTR7

My setup for listening to the BTR7, utilized my laptop streaming Qobuz and the previously reviewed FiiO FD5 IEMs. I was excited to review the BTR7 with IEMs from FiiO, since there always seems to be synergy between products of the same company. I enjoyed not being tied to my laptop while listening to music because, as a science teacher, I am always moving about the room setting up activities and labs. If I moved more than 30 feet away, the Bluetooth connection would start to drop out. The cool thing is, if it did drop out, the music would pause until I reconnected.

As I previously mentioned, when I got the BTR7, it reminded me of my early days in college when I was listening to just cassette tapes. The first pre-recorded one I bought, soon after I arrived in Austin, was Spectral Mornings by Steve Hackett. Released in 1979, it was Hackett’s second solo release after leaving Genesis. Like many of his early recordings, its songs are a broad mix of styles. The first track, “Everyday” is a straight-up prog rock song with super-catchy guitar riffs. Listening to this track through the BTR7, I was struck by all the subtle things Hackett did to make it more engaging. In the opening riff, the keyboard plays the melody, while he harmonizes and plays slightly behind. It was fun to hear a tambourine in the right channel as added percussion. Throughout the song, both his guitar and Nick Magnus’ keyboards play layered countermelodies.

On “The Virgin and the Gypsy”, Dik Cadbury’s vocals are gorgeous. For years I thought the solo for this song was on a keyboard, but, it turns out, Hackett was using a Roland GR-500 guitar synthesizer. This solo has an aching quality that reflects his solo guitar style. The next track, “The Red Flower of Tachai Blooms Everywhere”, is a beautifully atmospheric song, prominently featuring the Mellotron and Hackett playing a Cantonese koto. The soundscape on this album is stunning and transports you to a different time and place. The final track on this masterpiece is the epic “Spectral Mornings”.

Many guitarists have cited this song as an inspiration, and it’s easy to understand why. It opens with Steve playing along with some beautifully-layered keyboards, before launching into the lofty solo. After all these years, listening to this track still gives me goosebumps. For 6 minutes 37 seconds I can go back in time to when I was 17 and eagerly awaited the future.

The version of “Spectral Mornings” I played on Qobuz was simply a CD resolution 16-bit/44.1 kHz FLAC, but it sounded amazing. The high hats were crisp and clean, and the deepness of the bass impressed me. As I alluded to, it’s a beautifully produced album, and listening to it through the BTR7/FT5 combo was a real treat.

The second album I purchased then was Bill Bruford’s One of a Kind‘. This was also his second solo release and was performed by the band he formed after he and Alan Holdsworth left the band “UK”. This album is instrumental jazz-rock fusion, and, in my opinion, the best of his three solo efforts. Even though Bruford was the leader of the band, this album is an ensemble effort. No drum solos here! That doesn’t mean that Bruford doesn’t strut his stuff. One of the great groove drummers in the history of rock and roll, Bill is at the top of his game with crazy tempo changes and lightning-fast fills.

Right out of the gate on “Hell’s Bells”, Bruford’s famous snare work propels the song forward. The BTR7 did a good job of rendering the snap and tonality of his snare. Holdsworth’s guitar licks are otherworldly in their speed and creativity. The song “One of a Kind, Part 2”, is a perfect example of this. If you know where this solo is going at the beginning, then you are a better person than me. Overall, I was impressed with the rhythm and pace of the music and the Richness of Holdsworth’s guitar sound. This album was a little more dynamically compressed than I would have liked, but overall it was a real treat to listen to, after all of these years, with the BTR7.

I then decided to turn off memory lane and listen to something much more recently discovered: Herbie Hancock’s 2007 album River: The Joni Letters. I’ve been exploring the Herbie Hancock catalog, as of late, and I finally got around to listening to his classic Joni Mitchell tribute album. For this effort, Herbie teamed up with jazz all-stars Wayne Shorter, Vinnie Colaiuta, Lionel Loueke, and Dave Holland. The vocals were provided by various artists, including Leonard Cohen, Tina Turner, Norah Jones, Corinne Bailey Rae, Luciana Souza, and Mitchell herself. This is a beautifully recorded and produced record, and it’s easy to see why it won the Grammy for Album of the Year in 2008.

Hancock’s piano is front and center, and is beautifully dynamic and full. Wane Shorter’s saxophone has the perfect balance of bite and roundness. On the opening track, “Court and Spark”, Nora Jones’ effortless voice is both strong and gentle, at the same time. If you haven’t taken the time to listen to this album, you are in for a real treat.

I enjoyed my time listening to music with the BTR7. Its overall tonal balance and dynamics reminded me greatly of the K3 and E10K-TC desktop DAC/amplifiers I reviewed previously. The highs are astonishingly clean, the midrange smooth, and the bass is powerful. The musical dynamics are effortless. No matter what the recording, it makes the listening experience enjoyable. What’s amazing is that BTR7 does it with a Bluetooth connection.

Sometimes I wonder what the 17-year-old me would think of the incredible equipment I use to listen to music now. I’m sure the FiiO FD5-BTR7 would have blown me away. To have such a sweet-sounding device for music playback in the palm of my hand, is still mind-boggling. I may not have the same ears as I did back then, but my love of music is as strong as ever. Listening to music through the BTR7, reinforced that love.