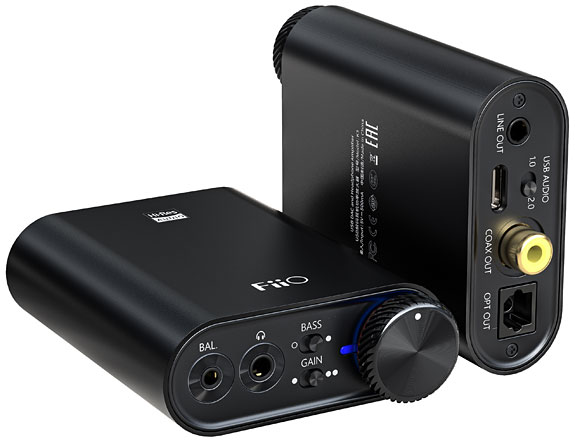 Going back to school.

If you have read any of my previous reviews, you know that I am a fan of Classical music. Sure, I listen to rock, pop, and jazz, but classical music is where I will always be grounded. I’m sure it is because I grew up listening to my father’s music. While he did listen to a mixture of stuff as I was growing up, it was mostly classical, especially Bach. By the time I reached high school, I found prog-rock, which of course had a heavy classical influence. And while my Dad prefers his baroque music, as I got older, I started leaning towards the romantics.

I think it is fair to say that Brahms was my favorite composer through my 20s, 30s, and 40s. But while I still love that music, there are only so many times one can listen to Brahms Violin Concerto or Beethoven’s 5th Symphony before they lose their mystery. So, in my 50s, I started branching out in my musical journey with 20th- and 21st-century composers. What made this exploration possible was the internet. I started with Pandora and moved to YouTube as more music started to crop up there. A great time for me to do this is when I am at school early in the morning and during my off periods. My means of listening were some inexpensive computer speakers, but it was something.

A few months ago, I reviewed the FiiO FD5 in-ear monitors (IEM). For critical listening, I used my home system, but for fun, I tried them out on my phone and school laptop. While this was an improvement over some less expensive IEMs, I could hear the limitations of musical reproduction by those source devices. Also, many YouTube files are not the best quality either. I improved things by joining Qobuz and using it on my laptop and phone, but I was still limited. Then, almost on cue, I was offered the chance to review the FiiO E10K and K3 USB DAC Headphone Amplifiers. Life is good.

Both the E10K and K3 are desktop USB DAC/Headphone amplifiers. They are almost identical in size and features. They both have adjustable gain, a bass boost, a line output, and support PCM up to 32-bit/384Hz. The K3 also supports native decoding up to DSD256, while the E10K-TC does not support DSD. Where they also differ is K3 has a 2.5 mm balanced output port and the E10K-TC has a 3.5 mm single-ended output.

For this review, I listened to these two cool devices via the USB port of my laptop. All I had to do was install the FiiO USB software and I was ready to go. My source was the Qobuz streaming app and listened to them using the previously mentioned FiiO FD5 IEMs. Since my Qobuz subscription can stream up 24-bit/192Hz files, I thought it would be an excellent reference. I was breaking in two different devices, I switched them out every couple of days.

So let’s get back to the music. Picking one’s way through the landscape of 20th and 21st Century music is a tricky task. Once Stravinsky opened the doors wide open in 1913 with “The Rite of Spring”, classical music took off in multiple directions. As a kid, I tried out my dad’s Schoenberg and Berg albums, but I found them unlistenable. What I didn’t realize, was that it was only one of the ways classical music evolved in the past century. Two of the 20th-Century composers who bucked the Schoenberg school were Aaron Copeland and Leonard Bernstein.

Their music has become touchstones of American culture. One of the pieces I came across in exploration was Bernstein’s “Serenade after Plato’s Symposium”. A performance I discovered on Qobuz by Itzhak Pearlman and the Boston Symphony Orchestra [EMI Classics 7243 5 55360 2 0]. Also included on this album were Barber’s underrated Violin Concerto and Lukas Foss’ “Three American Pieces”. I was immediately enchanted with the last piece. When you come across a new piece of music that takes you by surprise, the first questions are: “Why haven’t I heard this before? Why don’t I know about this composer?”

It turns out that Lukas Foss was a contemporary and close friend of Leonard Bernstein. Energized by that discovery, I searched Qobuz for other Lukas Foss compositions. One of the albums I found of great interest, was a collection of Foss’ four symphonies by the Boston Modern Orchestra Project [BMOP/sound 1043]. The BMOP specializes in performing and recording world premieres of classical music. Unfortunately, the CDs of the Foss symphonies are sold out, but the music is available on Qobuz at CD quality.

These symphonies trace the evolution of Foss’ musical styles, with the first being the most accessible. Why this piece isn’t part of the regular repertoire of most American symphonies is beyond me. Listening to the 1st Symphony using the K3 DAC, the strings were sweet, the woodwinds were tonally exquisite, and the snare drums had startling punch.

Excited by my personal discovery, I listened to more of Foss’ music and came across his Piano Concertos by the Pacific Symphony Orchestra [HMU 907243]. This album is an exciting recording of two of Foss’ early works. The sound of this recording is quite remarkable, especially for the solo piano. The second concerto is the more mature of the two. The opening with the brass is downright chilling. The E10K conveyed the menace of the brass instruments with ease.

After listening to the Foss Piano Concertos, Qobuz recommended another piano concerto by Takashi Yoshimatsu. Yoshimatsu is an active Japanese composer who has, what can be called, a neo-romantic style. His “Memo Flora” concerto debuted in 1997 is a thing of beauty. The first section of the first movement sets the tone with alternating 6/4 and 7/4 meters and the piano and violins starting at pianissimo and slowly crescendoing to a mezzo-forte. The entire piece exudes lightness and beauty. Don’t get me wrong, I love a lot of modern classical music, but so much of it can be so damn difficult to wade through. This concerto has enough modern elements to keep it interesting, but retains a lyric charm that’s easy on the brain. Using the K3 to listen to this piece, I was able to experience the full ebb and flow of its dynamics.

Since I enjoyed Yoshimatsu’s Piano Concerto so much, I decided to explore more of his catalog. As of the writing of this article, Yoshimatsu has written, among other things, six symphonies and concertos for a variety of other instruments. While concertos are still a staple of the modern repertoire, the symphonic form is not used much anymore. In all of these pieces, he cleverly incorporates elements of western classical and traditional Japanese music. His first symphony opens with an ancient Japanese flute played in a way to remind one of the wind rustling through the trees. In several of his symphonies, he has used the pentatonic or heptatonic scales with the strings as an homage to historic Japanese music.

Of his six symphonies, my favorite is the fourth. It is chock full of great melodies and creative orchestration. This symphony also contains melodic nods of Berlioz to Mahler. I especially enjoyed the final movement’s boisterous ending. All in all, a wonderful piece.

I could go on about all the good music I encountered using the E10K and K3 with Qobuz. It has been an enjoyable process of finding new music and being able to listen to it in such high fidelity using my laptop. So how do the E10K and K3 sound? After switching back and forth so many times I lost count, I can say they sound quite similar. In fact, if I did a blindfold test, I wouldn’t be able to tell them apart in the setup I used. Both provided ample bass with the FD5 IEMs, so I never felt the need to hit the bass boost.

The mids were pure and lacking sibilance and the highs were sweet. Both rendered an amazingly wide soundstage with well-defined instruments. I was especially impressed with the dynamics I experienced using the E10K and K3. Transients were quite sharp and the subtleties of individual instruments came through. Both of these devices are very musical in their presentation. Could I dig as deep into the music as I can with my system at home? No. But what I did experience was amazing, considering I was streaming on a laptop.

I really appreciated using both the E10K and K3 at my school to listen to streaming music. It’s incredibly astounding that FiiO is able to get so much great sound out of such small packages. I would highly recommend either of these devices for playing music off a laptop, as I did. I fully intend on using them in the future to explore more music.