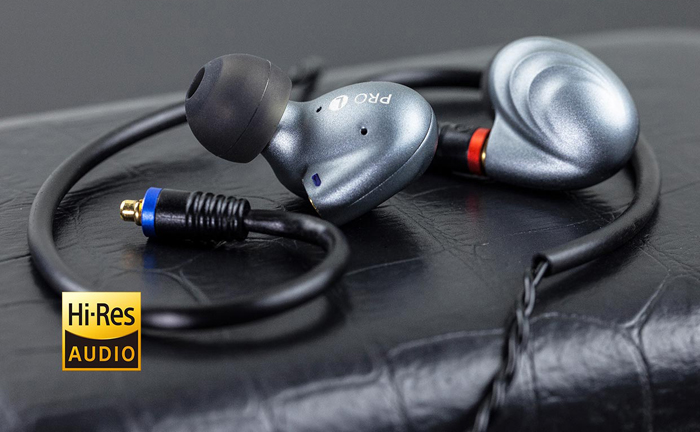 2017 was a banner year for FiiO, seeing the introduction of a bevy of new products. There was the X5 3rd gen DAP, the X7 Mark II DAP, the F5 IEMs and on the coattails of my X7 Mark II review they sent me their new F9 IEMs, and just when I was about to start the review of the F9s they contacted me about their soon to be released F9 PRO IEMs, hence this review didn’t make it into the magazine for 2017.

There are in fact three models of the F9 IEM. There is the F9 SE which comes with a fixed single ended cable, the F9 which for only $10 more offers removable cables (making it the least expensive IEM to do so in my experience), with both a single ended and balanced option and now the F9 PRO which employs the knowles TWFK-30017-0000 driver. All three are a triple driver hybrid design with a single dynamic and 2 balanced armature drivers (knowles BAs in the case of the F9 PROs). The F9 and F9 PRO use MMCX connectors and provide both a tin-plated copper 3.5mm single ended cable with in-line controls and a woven core 5N purity oxygen-free copper 2.5mm balanced cable (The F9 SE comes with a integrated woven core 5N purity oxygen-free copper 3.5mm single ended cable with no in-line control).

For accessories they all come with a pelican style hard shell carrying case, the F9 PRO also includes a water-resistant neoprene zippered carrying pouch. The F9 and F9 SE come with a selection of 6 pairs of silicone tips, 3 small bore and 3 large bore for tuning purposes. The F9 PRO on the other hand comes with 12 sets of tips, 3 bore sizes of silicone and 3 sets of memory foam tips.

For packaging, both the F9 and F9 PRO came in heavy black boxes which were encased in outer picture boxes with retail display tabs, which were rather elegant given their low pricing.

Appearance wise they are identical other than color (F9 and F9 SE come in either red or black and the F9 PRO come in titanium), and the word PRO on the F9 PRO, also the F9 PRO have a small color coded inset near the cable connection along with a stenciled R or L to designate right and left, whereas the F9 and F9 SE have a simple embossed R or L.

Beginning with the F9s and the single ended cable using the FiiO X7 Mark II as source, selecting “Non Mi Lasciare” by Dario Baldan Bembo (16/44.1 kHz) to sort out the tips, eventually opting for the small bore tips, which while being slightly less efficient offered a much more rich and musical presentation, especially in the upper mids and trebles. Dario’s operatic tenor was emotional and engaging, while the piano had a neutral Yamahaish tenor to it. The sub bass of the electric bass enhanced by organ pedal bass, while not as deep and full as some, was respectable from such a low priced IEM.

Tip selection for the F9 PRO was not as straight forward, given the larger offering as well as adding memory foam into the mix, which can be a bit challenging to establish a seal with. In the long run I ended up with a pair of silicone tips unique to the PROs and probably better tailored to the knowles BAs. Essentially the F9 PRO provided much deeper bass, and an expansive sound stage, with greater depth as well as width.

Switching to the balanced cables and a session with King Crimson’s Indiscipline (Discipline [40th Anniversary Series] 24/96 kHz), the F9s displayed tight deep bass, with articulation and impact to the percussion. Adrian Belew’s vocals were immediate and natural, and the intertwined guitar leads were bright, edgy and dynamic. In contrast, while the balanced cables offered greater separation with the F9s, they gave a whole new dimension to the F9 PROs, serving up much greater tonality in the lower frequencies adding a layer of expression and realism to the opening drum sequences. The resolution differences between the two models were stark and unavoidable. The F9 PROs dig deep into the material giving nuances across the entire audible spectrum, while remaining smooth and musical, severely belying their modest price point.

Amanda McBroom was placed at a distance in a large hall while she sang “Ship in a Bottle” (Dreaming – 16/44.1 kHz) as the synthesizers enveloped her in an ethereal atmosphere and the bass provided a toneful background melody listening through the F9 PROs, her voice sweet and musical. Moving back to the F9s her voice was a bit more brittle and sibilant. On the other hand the acoustic guitar refrains stood out emphasizing the click of the fingers on the strings.

It became time to see how the F9s and the PROs scale up to a higher resolution source so I broke out my reference DAP the Questyle Audio QP2R again using the balanced cables and cuing up my default test track “The Firebird Suite” (Stravinsky: The Firebird/Borodin: Music from Prince Igor – Robert Shaw & Atlanta Symphony Orchestra and Chorus – 16/44.1 kHz). One notable fact about the F9s were they brought out all of the background noises, the movements of the musicians in their chairs, the clicks of the bows laid to rest, while overall the tonal balance remained fairly neutral with only a slight emphasis on the high end. While this was also true of the F9 PROs, the treble was a little flatter and the overall sound was a bit warmer, fuller sounding, with a great sense of sound stage, both in depth and width. The PROs were quite a bit faster and more detailed especially in the bottom end, making the hall live but not overly thin.

For a look into how they handle live music, I subjected the F9 PROs to “Sister Seagull” from BeBop Delux’s Live! In The Air Age (16/44.1 kHz). While it was slightly brighter than I would prefer, the stadium like presentation was palpable. The seagull call guitar licks of Bill Nelson’s closing coda were sweet and dramatic.

Returning to the single ended cables I made my concluding tests using my Samsung Galaxy J3 phone, and pulling up “Luka” by Suzanne Vega (Live at Montreux 2004 – 24/48 kHz). Again both models provided an enjoyable experience, yet once more the PROs gave more ambience, a greater sense of spatiality and a rich tonal complexity to the bass.

With a slightly cooler than neutral tonal balance, wide soundstage and stark detail, the FiiO F9 Triple Driver IEMs are an excellent value. If you plan on only using devices with a single ended output and don’t care about the phone remote, the F9 SE is probably a good choice, though for the $10 difference I would opt for the standard F9 and pick up a 2.5mm to 3.5mm adaptor as inexpensive IEMs tend to get beat around a lot and the ability to change cables will save heartache in the long run, also I like the MMCX connector’s ability to rotate as it makes inserting the IEMs much easier. But to be completely honest, the increased resolution, enhanced musicality, and expansive sound stage make the F9 PROs more than worth the minor price difference.

Both models are a great match for any of the FiiO DAPs, and scale up well if you wish to use them with a higher resolution source, yet they also work with smart phones and streaming media (as I discovered listening to Slacker Radio on my phone) without making you curse low bit rate solutions too much. All in all, an outstanding effort for a Flagship product from a budget Personal Audio line.