GEEKING OUT FOR THE 2ND TIME-PREVIEW 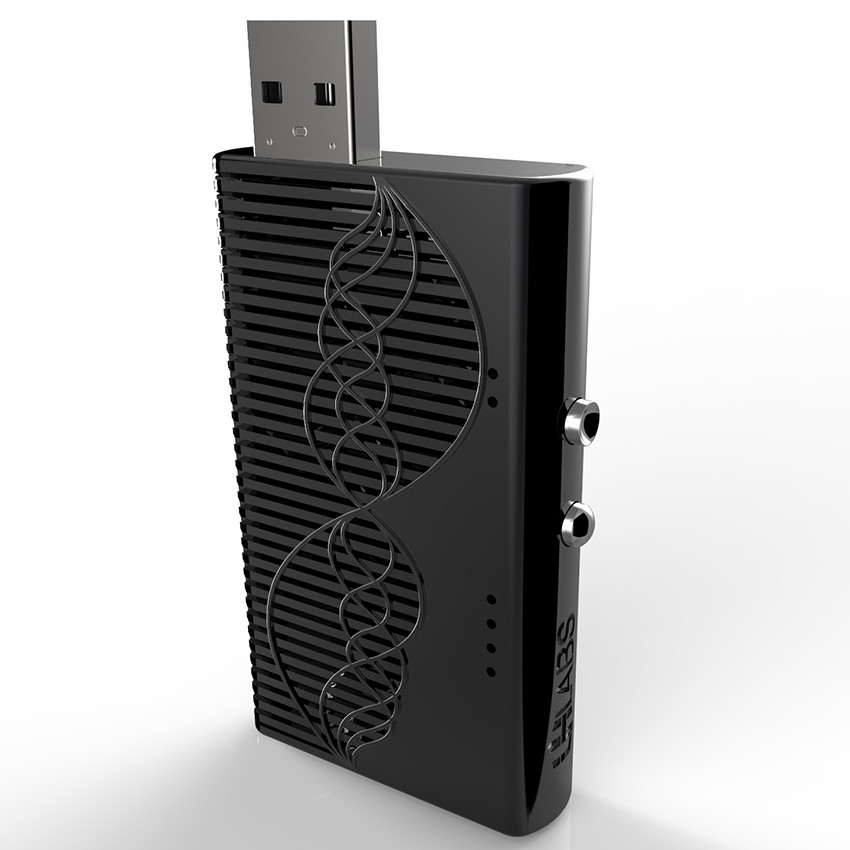 I like convenience.  So when LH Labs released the Geek Out via Kickstarter a couple of years ago I jumped on the Geek Out bandwagon.  A portable DAC/Amp with 1 Watt of Class A power that plugs into your USB port. Awesome! It was too.  The Geek Out in its various iterations (The GO 450, GO 720, GO 1000 and GOIEM 100) became an instant audio classic.  Audiophiles loved its clean powerful sound and Mastering engineers loved its signal quality for fieldwork.

We have seen over these last couple of years that no grass grows under the feet on Larry Ho, Gavin Fish and the LH Labs team.  They are audiophiles at heart.  Once they reach the top of a mountain, they figure out how to go higher. Already at the pinnacle? No problem.  Build a new mountain. Thus we present the Geek Out 2!

The new fully balanced Geek Out 2 combines the multiple Geek Out versions into one unit that can accommodate everything from sensitive IEM
’s to most power hungry full sized headphones.  One balanced and one single ended 1/8” jack allows for .95ohm or .47ohm output choices.

The DAC has been upgraded from the already top shelf ESS Sabre ES9018K2M to the new TOTL ES9018AQ2M.  Only the now-shipping Geek Pulse also offers this brand new chip.

On the side of the device are two buttons.  The left one switches the gain between 100mw and full on 1000mw both full Class A  (The Infinity version will also add a 450mw third gain level).  The right button switches between two filter modes.  The first mode, TCM or Time Coherence Mode, uses a minimum phase digital filter and time optimization algorithm. This process removes pre-ring from the converted signal promoting a more well-rounded and natural soundstage.  Filter number two, FRM or Frequency Response Mode, uses a slow roll off linear digital filter and frequency domain optimization to provide a smoother and clearer sound in the high frequencies with an even lower THD.  The Geek Out 2 does not offer the original 3D Awesomifier crossfeed circuit.

After receiving the Beta unit at CanJam SoCal 2015 I was ready to get home and fire it up. The first thing I noticed was that it still gets warm (it is Class A after all!) but warm only. The next was the choice between single ended and balanced jacks. Larry spent time making sure accidentally plugging single ended headphones into the left balanced jack are not damaged. In fact the jack works just like the regular single ended jack for single ended headphones. Filters and gain selections work just fine with either choice.  Still SE users should try and stay to the right side.

After work I headed out to Panera Bread to grab a booth and out on some tunes. I was able to switch between my JH Audio JH16’s, ACS Custom T1’s, RHA T10i’s and the new Cypher Labs C6IEM’s. I also brought along my original Geek Out 1000 and Geek Out 100 IEM.

Switching between the GO2 and the GO/GOIEM showed that the gain settings on the new GO2 were consistent with the individual power setting of the previous models. Both of my original units have the upgraded firmware incorporating the TCM/FRM filtering. Each performed as expected compared to the GO2. It was fun to have the functionality of both units within the single GO2!

Putting on the Cypher Labs C6IEM’s closer listening showed the benefits of the new AQ2M version of the Sabre DAC. The C6 is a bit soft at the upper frequencies. The AQ2M with the FRM filtering provided better extensions for the highs on Level 42’s Good Man in a Storm from World Machine. The cymbals and high hat work floated and shimmered farther into the distance. Higher frequencies were clear and precise.

Shifting to Lifehouse’s You and Me Lifehouse with the ACS T1’s the strumming of the guitar was clear and clean. The breadth of soundstage when the orchestra joined in broadened appreciably. Bass guitar was solid and provided a strong foundation beat.

Turing it up a notch is queued up Metallica’s Battery from Master of Puppets with the JH16 FP from JH Audio. I wanted the genius of Cliff Burton slamming the bass line on this classic metal song. Setting the gain at the 100mw level, I was unwilling to max out the volume. The ear splitting power was more than I wanted at 80% of max. The slam was fantastic the energy was all there. I actually listened to half the album before getting on with the review!

Returning home I hooked the GO2 to my MacMini and hooked up my Audeze LCD-X Planar Magnetic headphones. Generally Planar’s are a power hungry lot. The X’s are relatively efficient however. As expected with big cans, the 100mw output was not enough to push them to high volumes. However, it was not a bad presentation. Shifting to the 1000mw level really turned up the dial. The LCD-X’s are one of the most highly regarded headphones on the market. The Geek Out 2 drove them beautifully. Joe Bonamassa’s sweet version of Asking Around for You from his You and Me soared with soul. Sweet blues guitar backed by violins in a wonderful orchestration. I listened to it three times.

My listening room has some very special gear in it including the Moon Neo 430 and ALO Audio Studio Six amps. There are DAC’s by Wyred 4 Sound, LH Labs and SimAudio. The Geek Out 2 allows me to leave home and not be so far away from that quality of listening.

So, what is the verdict? I am ordering the Geek Out 2. Gotta have it. It is the way of things that the new sibling has eclipsed a product that I gave Product of the Year to just last year!

Such is the way of things.

The king is dead…..Long live the king! Geek Out 2 King of the road….

Can drive most Headphones

I have two older Geeks for sale