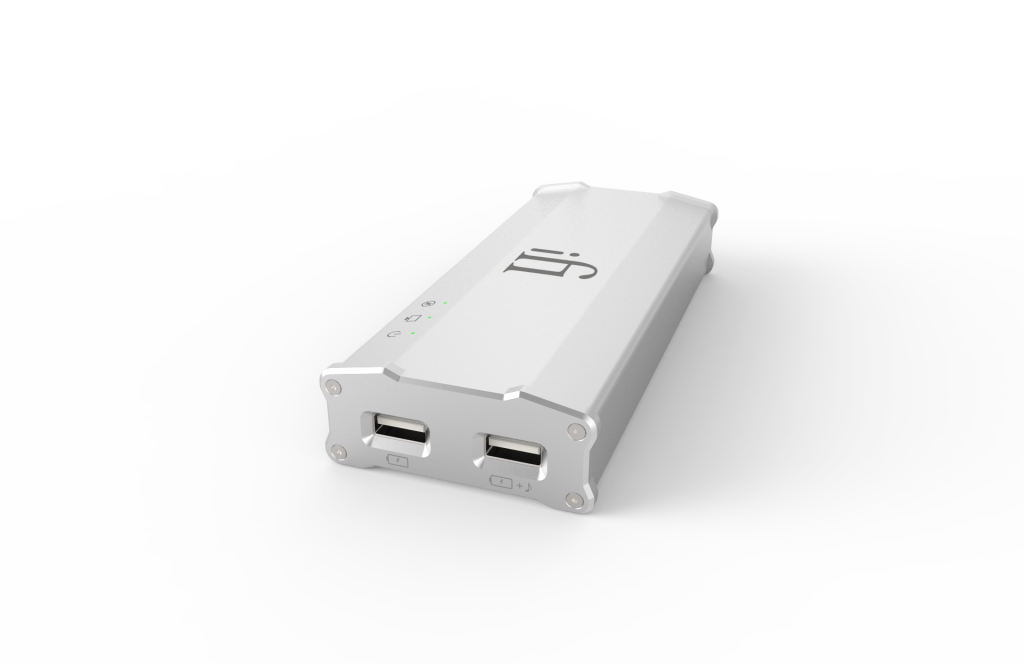 Last fall, I began to suspect that my long-term Monster Cable power conditioner was not quite working as well as I wanted it to and began to look into new options for delivering clean power to my gear. After much research I decided to do two things:

I was happy. But I needed a good conditioner, too, and settled on the more purist, passive approach from Shunyata by purchasing their PS8 power strip and line conditioner/Defender surge protector option. Frankly I wasn’t expecting too much but the PS8 combo made another leap in terms of lowering background noise. Now my system is quiet and the power tweaks are some of the best money I have spent in audio.

Doing all of this was like cleaning windows on the musical presentation. The music seemed to flow better and be more at ease. I further upgraded some power cords to Shunyata and felt that I was done with the whole power foundation of the system and could focus on more exciting stuff. But I was wrong. You see, I had just started fine-tuning my computer audio system and I heard about iFi’s new iUSB line conditioner. A dedicated line conditioner for my computer audio system? Even as an open-minded audiophile, I thought “What kind of voodoo is this?”

As it turns out, digital audio signals are quite polluted with all sorts of noise. The USB cable standard is especially problematic as it runs a power line down along the audio signal. Yikes. But the good news is that I could try a new product to clean this up for fairly small money. iFi’s device is only $199 and comes in a compact extruded aluminum case that looks more expensive. You run a USB cable from your computer source into the iUSB then another USB cable from the iUSB into your DAC and play music. iFi even offers a cable where the second “leg” splits into a separate power and audio cable in a double-headed design called the Gemini.

Now it was a little more complicated for me as my older Benchmark DAC1 Pre seems to sound better via its SPDIF input, so Darren Censullo, the energetic and smart iFi importer, sent me an iLink ($249) which is iFi’s USB to SPDIF converter. Darren also sent their digital filter known as the iPurifier. It’s only $99 for a nicely crafted connector that fits on an A Type USB end.

For my computer audio rig, I use both a fast i7 chip Macbook Pro laptop and a Mac Mini, with mostly high-resolution files (although I also keep some well-mastered CDs in iTunes at full resolution). I run Amarra 3.02 in “playlist” mode and have three main playlists full of music to compare.

Because I had several things to compare, I wanted initially to only substitute in the iFi components one at a time. I started with the iLink after some burn-in for around a week. Honestly I could hear no difference with the Musical Fidelity V Link 192 I normally use. It just worked so well. But the iFi is roughly $150 less. Advantage iFi. I kept the iLink in the system just in case there were synergies.

Next I tried the iPurifier, plugging it into the final step of the chain that was running into the iLink. I listened to the iPurifier in and out of the system for several days but I noticed the effect on the first try: it seemed to clean up the sound and there was just an overall smoothness to the presentation. I was pretty impressed a filter could make this much difference. I also left this in for most of my listening.

Now I was getting curious about the iUSB given the iFi success so far. I plugged this device in after a week and a half of burn-in. It made the most difference of all in my system. The noise floor lowered and the Amarra playback sounded more analog-like. It was a welcome improvement. I cued up some favorite tracks:

So how was this magic happening? I reached out to Vincent Luke and Thorsten Loesch, the designer at iFi, for some answers.

How does the power carrier in USB audio impact audio signals?

iFi: In the case of computers, they were not designed for the highest audio quality with clean mains etc. Hence the iUSB is akin to a mains regenerator. Specifically, we do away with the USB power and inject a new clean mains.

Why does the iUSB have such an effect?

iFi: Just pure clean mains. We realized that little attention was paid to the noisy USB power supply which does effect sonics. Computers were not made for high-quality audio, they are mass produced so little attention is paid to mains quality (and rightly so for them). The iUSB Power was the first and now there are more and more on the market which shows it is becoming more accepted to pay attention to clean mains. Especially for DACs that use the USB power line this is pretty important area to pay attention to.

How does the iPurifier work?

iFi: Sorry – we cannot divulge much on this as it is proprietary. In a nutshell, it filters out the audio + power lines.

So it’s just like clean power on non-computer components. Cleaner power equates to a lower noise floor and you just hear more of the music. If a Shunyata power conditioner or cable can make such a difference on playback, why wouldn’t better power on USB-powered audio devices?

It is amazing how much grunge is in digital powered devices, especially USB. Just like my ac line in the listening room, it is important to clean up these power problems as well. iFi was the first to offer a standalone USB power conditioner as far as I know. At $199, it is a no-brainer, essential device for any serious headphone or big rig user with a computer audio source. The iPurifier works just as well and I would further recommend the pairing strongly. I also found excellent performance using the iLink.

It makes sense if you think about it. Cleaning up USB level power has the same effect as a dedicated power line and a good line conditioner. All three provide the best possible foundation. As you lower the background noise, you hear more across the board – bass, midrange, and high frequency. The iFi “iUSB” Power Conditioner is well built, has a beautiful sparkly finish, and comes packaged like a well-designed Apple product. Pretty amazing for the under $300 price point.

I’m impressed and will be keeping these in the system for better digital. Up next, I am reviewing the iFi iDSD Micro DAC to gauge how much good digital sound one can get for $500.