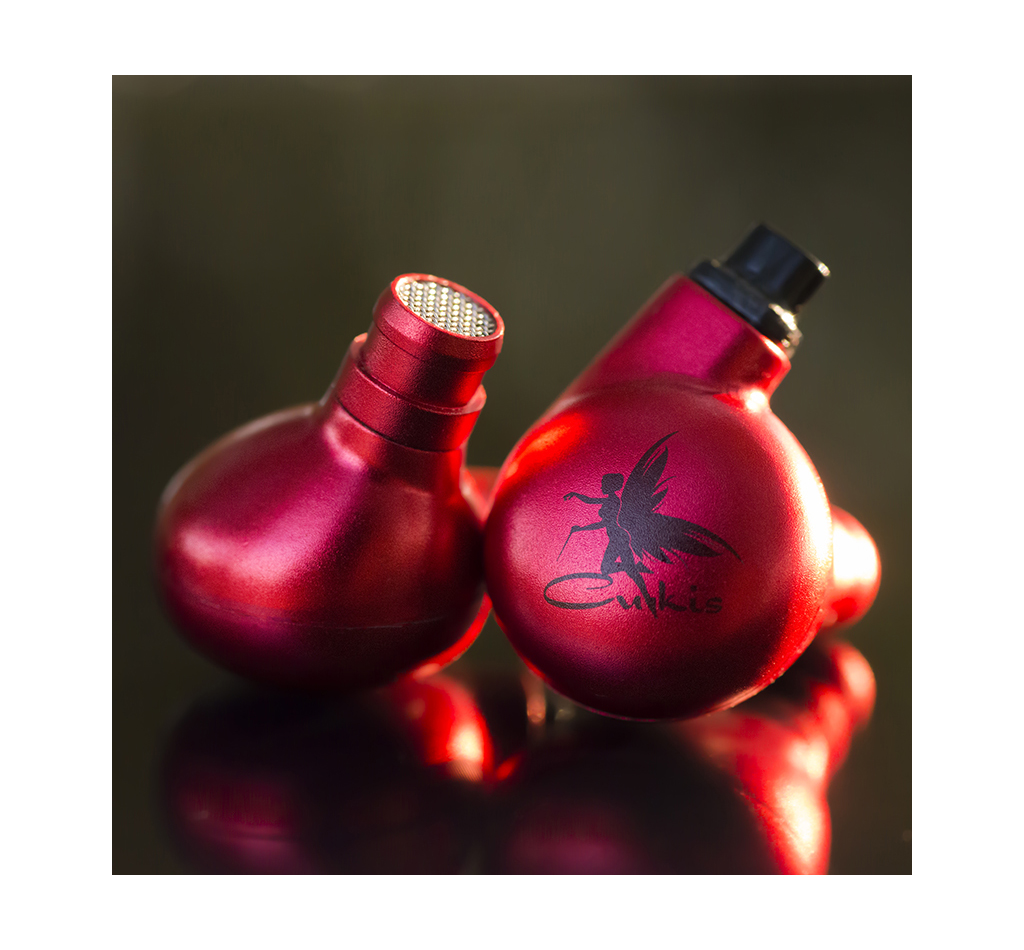 Little Dot was a new name to me, but well known to Frank and well known to the Personal Audio community as being one of the early voices in the field. The Little Dot CU-KIS IEM stands as their current Flagship IEM and a shining example of what is possible in the under $600 Universal In-Ear Monitor market.

Founded in April 2006 by Mr. Yu Quan Yang (a long time audio hobbyist who actually built his first crystal radio at the age of 14) out of his unceasing passion for music and hi-fi equipment, Little Dot has developed many popular products and has many loyal users around the world. In fact, Little Dot introduced their first amplifier two years earlier in 2004 and has kept up a steady stream of introductions ever since. Finally, in November of last year Little Dot entered the IEM arena with their CU series IEMs of which, as mentioned earlier, the CU-KIS is the Flagship.

To quote Little Dot, “The name KIS came from Little Dot’s principle, Keep Improving and Sincere. Little Dot has been in the headphone business for over sixteen years. When we decided to developed KIS, there was only one simple target, and it is to make the best possible IEM at the time. 18 months of product development, over 160 testers and 14 rounds of beta listening meetings, and total of 86 versions of different modification from the original beta. We gave out everything we had to make KIS to be the pride of our IEM product line.”

The CU-KIS is a 4 driver IEM  with a is quite impressive list of features:

As one has come to expect from quality IEMs the Little Dot CU-KIS IEMs came in an elegant black magnetically clasped box which contained two separate travel cases; one a rectangular plastic pelican like case and the other a disc-shaped aluminum compact case. Inside the compact was the CU-KIS fitted with a high quality braided cable terminated into a 3.5mm TRRS balanced connector. Inside the rectangular case were two sets of silicone tips (foam tips were already fit to the CU-KIS) and a shirt clip. Little Dot also provided two further sets of silicone tips (one set were double tips) and two right-angle adaptors (3.5mm TRRS to 2.5mm TRRS and 3.5mm TRRS to 4.4 TRRRS) so you are covered for every variable.

As usual, I burned in the Little Dot CU-KIS IEMs using my FiiO M11 DAP running Qobuz and my 1000 song burn-in playlist for about 100 hours. I then switched over to my iFi Pro iDSD to listen to Qobuz for a couple of days and get a sense of the CU-KIS. Even on the low gain setting, the CU-KIS proved to be too efficient for the 4.4mm TRRRS balanced output so I switched over to the 3.5mm single-ended output.

Overall the tonal balance was fairly neutral and the sound was dynamic and detailed. The design of the CU-KIS is such that with the smallest of the silicone tips the fit was very much like customs and the cable wrapped naturally over the ears. As the sound continued to improve, I would recommend allowing about 200 hours of burn-in before making your final decisions on their appropriateness to your listening.

Despite their clear and neutral midrange the bottom end of the CU-KIS was strong yet natural, as evidenced listening to Harry Nilsson’s “Goin’ Down” from his “Knnillssonn” album (24-bit/96kHz on Qobuz). The bass was deep and rich and it became quickly clear that multiple bass guitars were involved along with contrabass celli in the orchestra. Harry’s magical vocals were set in a huge resonant soundstage, that imparted an ethereal quality to the plucked strings of the violins, viola, and celli.

For my experimental track, I chose Bill Frisell’s new release “Valentine” (24-bit/88kHz on Qobuz). The first song “Baba Drame” was set stage edge in a large jazz club, with the upright bass robust and the guitar crisp backed by tight impactful percussion.

Switching to my regular test list I selected Robert Shaw and Atlanta Symphony Orchestra’s rendition of “The Firebird Suite” (“Stravinsky: The Firebird; Borodin: Music from Prince Igor” – 16-bit/44.1kHz) to test orchestral performance. The soundstage was open and airy, reflecting a Hollywood Bowl feel, with excellent depth of field placing the listener about 20 feet from the stage. The dynamics were epic and there was a clear sense of the individual instruments. The timbre of the instruments was full and rich with a slight “live” aspect to them. The strings and horns had great texture and the kettle drums had impact. Clarity was the watchword of the day and the triangle rang out clear as if against a silent background even during the crescendos.

I want to point out, due to the CU-KIS’s high efficiency and tendency to bring white noise to the forefront, I switched from tube mode to solid-state mode for my second day of sound checks which included “The Firebird Suite”, yet the musicality was such that this was not much of a sacrifice.

For sub-bass, I turned to “Non Mi Lasciare” by Dario Baldan Bembo (16-bit/44.1kHz) and to a very live performance in a large arena with deep rich sub-bass though not especially heavy. Dario’s operatic vocals were stunning with a heart-rending purity. The piano was crisp with a Bösendorfer openness and the percussion had real snap.

“Good Morning School Girl” (Muddy Waters – “Folk Singer” – DSD) offered an expansive yet intimate soundstage, with the drums on the left, lead acoustic guitar on the right, and the singer and rhythm acoustic guitar center stage in a large empty auditorium. It’s hard to believe that this is an early stereo recording from 1964, given the CU-KIS’ presentation one would think it a modern audiophile recording.

At this point in time, I felt it was time to move back to the FiiO M11 DAP to listen to the CU-KIS in its proper element. Cueing up Billy Cobham’s “a. Anxiety, b. Taurian Matador” from his “Spectrum” album (DSD), I made the minor error of turning up the volume for Billy’s introductory drum solo and received a rude awakening as to how great the dynamic range of the CU-KIS truly is and how loud they will actually play when the other musicians cut in. After turning down the volume and restarting the track, I was totally blown away by Tommy Bolin’s blistering guitar work and Jan Hammer’s lightening keyboards. Lee Sklar was a presence definitely felt on electric bass maintaining a rich and fast-paced rhythmic background to the virtuoso performances of the other three.

For something a little different I picked the Rick James funk classic “Super Freak” (“Street Songs” – 24-bit/96kHz). The CU-KIS contributed an excitement portraying that tuneful Rickenbacker growl with loving richness.

My first dive into the Little Dot product line has proved to be both illuminating and enjoyable. The Little Dot CU-KIS IEM is a spectacular flagship piece cashing out at a relatively low price. It is detailed and musical with a neutral tonal balance and deep bass extension providing a huge three-dimensional soundstage. Though it digs deep into the sub-bass it isn’t boomy and doesn’t overemphasize the bass like many of the newer IEMs. What you get is a very natural sound with clarity and space being the watchwords. Oddly enough, for an IEM fitted for balanced connections, it prefers the lower-powered lower-gain amplifier of the DAP and is musical enough to forgive lower-resolution sources.

What it is not forgiving of is noise floor, while it is not what I would call bright, it does slightly emphasize white noise which became strangely apparent listening to classical music which one would expect is the primary focus of an IEM of this caliber and tonality.

That being said, the CU-KIS handled all genres of music well, never being harsh, yet not particularly honeyed, and is incredibly easy to drive. I give a five full stars to an effort well made, and can heartily recommend the Little Dot CU-KIS IEM to anyone seeking a low priced reference-quality IEM.