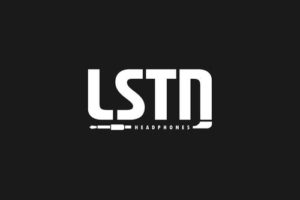 LSTN was founded on one basic principle: To help deaf people get their hearing back. The co-founder Bridget Hilton, was inspired to create the company when she saw a video about a woman being able to hear her voice for the first time, via video. This led her to do research on hearing disabilities, and she found that an astounding 360 million people had trouble hearing.

She then met up with her friend, co-founder, Joe Huff, and talked about the idea of forming a company around the principle of getting peoples hearing back. That’s why with each pair of headphones that sell, the company gives money to the Starkey Hearing Foundation, to help restore someone’s hearing.

Over the past two years, LSTN has been able to give back 15,000 peoples hearing.

Moving onto the headphones themselves, both the Fillmore and Bowerys are very beautiful pieces. All of the wood used is real, which is quite an accomplishment given how little money both of them are. Both the IEM and On-Ear come in 4 different types of wood: Cherry, Beech, Ebony, and Zebra. To compare the stock photos of the Cherry Fillmores to mine, my Fillmores wood is much darker.

Firstly I will talk about the Fillmore, which are what I would expect a on-ear to be. Sadly, that means that after a while of wearing them, the edges of my ears start to hurt. This is an extremely common trend with these types of headphones, and I have yet to find one that fully fixes it. The pads feel of fake leather, but they are high quality fake, and don’t get sweaty after wearing them for extended periods of time. The headband has a very thin amount of padding, which can lead to a little discomfort on the top of the head.

Furthermore, the Bowerys, the IEM, proved to be very comfortable for me. It comes with three different rubber ear tips to choose from, the smallest being the best for me, and I found it to fit very snug into my ear. Since there was a good fit, the isolation was good, nothing outstanding, but with music playing, little could be heard outside.

The cable on both of the headphones were of fairly low quality. The cable is sheathed in a material that is very similar feeling to the V-Moda cables, but much lower durability. The sheathing on my Bowerys are already starting to fall apart, after only walking and biking with them. Both cables feature a 45 degree plug, and a in-line remote for pausing music, which I found to be very convenient. On the Fillmores, a detachable cable is found and it terminates into a wooden ⅛ mono plug. This alleviates the cable problem on them I feel, because it is a fairly common plug, and should be very easy to replace.

The packaging for both pieces is nothing to love, and is very minimal on the inside, with only the headphone and a portable bag on the inside. On the outside, specifications and other information is written.

The carrying bag that is included feels very nice, and almost feels homemade, if I’m not mistaken, I think the bag is linen, but I could be very wrong.. The bag closes with a brown drawstring cord. Luckily, the bag is actually quite small for the Fillmores, as it folds at the earcups, and the top of the headphone, forming a very tiny ball-like shape.

Moreover, the durability on the Fillmores is a question of concern, because they seem like they would be breakable, as they are fully made of plastic, except for the earcups. But they never seem to creak, or show signs of a durability concern. That being said, the plastic doesn’t seem to be of the highest quality, but for a $100 headphone, it shouldn’t be expected.

However, the Bowerys are quite durable, as the whole casing is made of wood, forming a very attractive aesthetic, along with improved durability. I don’t think much could be improved upon the durability of these headphones, and a full wood IEM is quite an accomplishment for such a small price.

How could LSTN be making such nice wood cups for their headphones, on such a low budget? The answer is they use reclaimed wood from furniture and flooring manufacturers, ensuring that there is no waste of wood from these manufacturers, putting it to good use, at a cheap cost.

When I first put the Fillmore on, I wasn’t sure what to think. I wasn’t impressed by any means, everything was sounding lackluster, but I wanted to give it a chance. I liked the IEMs, and trusted they could do a good headphone as well, thus, burn-in ensued to see if it would help. Over a couple days, I listened and listened for something to like, and I couldn’t find it, finally, I simply let them sit for a week or so, to play music, hopefully changing the sound in some way.

I put them on, and found it, they had changed, in some form, morphing into something I could say that I could accept. Finally, a headphone I can write positive impressions on.

The LSTN on ear presents a bassy sound signature, with detailed mids. While it isn’t perfect, it is a likeable headphone that I could recommend to someone looking for a good-looking, decent sounding portable.

The bass on the Fillmore is easy to hear, and has good separation from the mids, ensuring that there will be no fighting for presence. On Kendrick Lamar’s new album, To Pimp A Butterfly, is the song, “Momma” that has a fantastic beat to it, while the headphone

doesn’t do full justice to it, the bass hits well, but doesn’t go very deep. There is a good amount of detail, yet it leaves wanting more, in the department of depth.

Looking at the bass on Radiohead’s album, Kid A, the title song, “Kid A” is displayed with ease here. The beat has detail to it, and hits fast, yet the depth leaves me wanting more. The separation between Thom Yorke’s voice and the beats are done very well, and the soundstage fills the headphone.

Next, midbass, on the song, “Passing Out Pieces” by Mac DeMarco sounds very live and detailed, a very tight sounding hit. The midbass here is done well. The singers voice sounds detailed and, along with the bass hit, very fun.

Moving onto another piece from Radiohead, “Let Down”, the intro is presented very well, with the xylophone ringing in the right ear, and the guitar having a clear concise pitch to it in the left. Enter Thom’s voice, detailed and rich, the mids really shine here. However, about halfway through the song, many more instruments come to play, and the LSTN begins to struggle and break down, with too much going on, the Fillmore tends to be under a lot of stress. Not to say it does terribly under stress, but some instruments become very hard to hear, making for a slightly unpleasurable listen.

Furthermore, on the new album by Sufjan Stevens, a beautiful piece called, “Death With Dignity” is on it, and since this song is mainly mids, I find this song to be immensely enjoyable. Sufjan’s emotion is clearly displayed in this song, with the acoustic guitar in the background playing along with his voice.

Onto the upper mids, one of the parts of a headphone that can go very wrong, and very right. In the case of the Fillmore, it did not impress. The LSTN presented a very forward upper mid, becoming a sound that was very shouty. On the song, “Carissa” by Sun Kil Moon, it is very apparent the problem that is there. While they are detailed, it becomes very uncomfortable when the mids are very fluid, yet the upper mids break up the fluidity completely.

As for the highs, they were a little tough to listen to as well, on Radiohead’s,”Life in a Glasshouse”, the trumpet becomes piercing during the solo, and very straightforward. The trumpet becomes very uncomfortable on this headphone, while on others it is very enjoyable.

Overall, I enjoy the sound signature on the Fillmore for what it does right: it’s mids and it’s fun bass. While there a few flaws, the good outweighs the bad here, in my opinion. For acoustic music like Sufjan Steven’s, I recommend this headphone. However, with other genres with many more instruments, such as experimental rock, I’m not sure how confidently I could recommend it’s sound.

Out of the Fillmore and the Bowerys, I found that these provided more of a bang for the buck as far as sound went. I liked these IEMs the minute I was able to tear them from their packaging. I decided to use very similar, sometimes the same music for both of the headphones, as I thought it would give a good reference point.

The Bowerys present a slight bump in the bass, but remain fairly neutral, on the song, “Momma” by Kendrick Lamar, the bass can be a little hard to hear over the rapping. But, the bass here is detailed and goes fairly low.

The song, “Kid A” welcomed me with fast, clean hitting bass, that was extremely inviting to listen to. Another song where the bass performed admirably was, “Angel Duster” by Run The Jewels, where I was presented with a very real, and visceral sound that was extremely enjoyable.

The midbass on the song, “Taking Chances” by Sharon Van Etten was tight, and detailed, and was easy to hear. Overall, the bass on the Bowerys is quite good, although sometimes the neutral signature of this IEM allowed the bass to be overpowered by the forward mids.

“Death with Dignity” by Sufjan Stevens is so far, in my opinion, one of the best songs of the year, and the Bowerys do it great justice. The soundstage plays with the detailed guitar very well, and Sufjans harrowing lyrics go along just as perfectly.

Kendrick Lamars, equally harrowing, “U” from his newest album, To Pimp A Butterfly, is presented very well. With the saxophone at the beginning, clear and quick, and Kendricks raps, detailed and filled with anger, as intended.

It seems as if depressing songs is a trend for me, but I’m not looking to switch that up with Radiohead’s, “No Surprises”. The Bowery does extremely well with this song, detail and all, and the soundstage is quite good for a cheaper IEM. Guitars are in their places, along with the centerpiece, Thom Yorke’s voice.

Luckily, the Bowery didn’t suffer from the same problem in the upper mids as its friend, but rather on the song, “Carissa” the mids fluidly transition to the upper mids, along with detail to fully complete the package.

The highs here are also quite detailed, on Radiohead’s, “Life in a Glasshouse”, they also do not suffer from the same piercing quality that the Fillmores contained. The trumpet is very crisp sounding, as well as having a slight bite to it, which I found enjoyable.

Overall, I enjoy the Bowerys sound a lot, one that is a little neutral, but displays enough bass to make the sound very natural.

The Fillmore and Bowery headphones from LSTN are two very different sounding beasts, but look very same in aesthetic. While the sound of the Fillmore wasn’t to my liking during my listening, I thought they performed well on acoustic tracks, and music with fewer instruments. Furthermore, I enjoyed the Bowery thoroughly, and can see myself using it often due to the above-average isolation, along with a very enjoyable, easy going sound signature