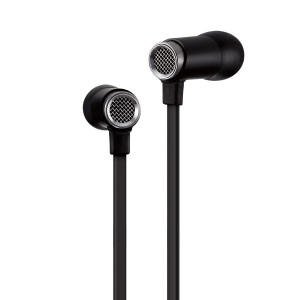 Recently, I received the Master & Dynamic ME03 IEM for review. I didn’t know much about Master & Dynamic at the time, but it wasn’t really surprising to me considering M&D is a young start-up, just a year old. Even though the company is currently in its newborn phase, Master & Dynamic has slowly been garnering interest amongst many audio enthusiasts with their MH40 headphone. I mention the MH40 in this review because it’s an interesting example of what can happen when form, function, and engineering are all melded together. Aesthetically speaking, the MH40 is quite stunning to look at and is an example of Master & Dynamics design philosophy and company mantra.

Master & Dynamic offers the MH40 and MH30 headphones as well as the ME01 and ME03 IEMs for sale. The ME03 is the company’s current top tier IEM and retails for an MSRP of $159 USD. According to Master & Dynamic, the ME03 was engineered to be an example of their house sound and is voiced to incorporate many of the classic trademarks of its top tier MH40 headphone while still retaining its own individual character.

When you buy the ME03, out of the box, the consumer receives one set each of XS, S, M, L single flange silicone ear tips, a low profile canvas mobile earphone carrying case, and a rather nifty looking leather circular hard clam case for home storage. The ME03 is all about compactness and usability. The IEMs housings are fashioned from machined anodized aluminum and are barrel shaped for an easy fit and have a single 8mm neodymium driver inside. The workmanship on the housing is excellent with no signs of defective or shoddy workmanship. Although aluminum, the housings are quite light, overall weight of the IEM is 25g, and during my review time I found the ME03 to easily retain a good fit while active. The bore of the housing itself is on the average size side, not overly big or overly small, with a white covering (think filter designed for specific tuning). Although designed to be worn cable down the ME03 can also easily be worn behind the ear cable up without jeopardizing seal. The impedance of the ME03 is 16 ohms. While evaluating the ME03 I found that the IEM could be driven acceptably well from my iPhone and showed only minor improvement when amped.

The cable of the ME03 is flat and is quite tangle proof. Cable microphonics, or rather lack thereof, is decent albeit not great. Strain relief’s on the IEMs housing is small, firm, unobtrusive, and quite good meaning the ME03 should last the test of time acceptably well. The strain relief on the cables 90 degree plug end is equally small, firm, and unobtrusive. The V-split is fashioned of the same machined anodized aluminum as the housings and is where the IEMs iPod controls are housed. Roughly, half way up one side of the V-split you have a circular shaped microphone which is also fashioned of the same machined anodized aluminum as the iPod control and IEMs housing. The microphone and control are engineered to be used with Apple mobile products such as the iPhone, iPad etc and worked quite well with both my iPhone 5 and iPad Mini. Although I can understand why Master & Dynamic chose to go the consumer friendly iPod control route I really didn’t like having the iPod control acting as both an iPod control and V-split. The metal housing of the V-split itself adds unneeded weight and caused quite a bit of swaying and bobbing of the cable when overly active such as jogging. Also, I found it rather bulky looking and felt it looked rather out of place when compared to the rest of the ME03s very low profile look.

The following sound impressions were noted using the AK120, CalyxM players as well as the iPhone 5 and iPad Mini. Source material was a mixture of 16 bit/44.1kHz and 24 bit/192kHz. Some of the source material used for evaluation was 24 bit binaural recordings. Some of the albums used for evaluation: RAM by Daft Punk, Night At The Pawnshop, the Avatar Soundtrack, DJ Kicks by Kruder and Dorfmeister, Fleetwood Mac Greatest Hits, Free by Office Of Strategic Influence, Stoa by Nik Bartsch Ronin, and Up Close by Ottomar Liebert & Luna Negra.

The ME03 IEM sound is warm, rich, and forgiving of badly recorded music. If you’re a huge hip hop, mainstream rock, or pop fan, which is known for bad production values, the ME03 may be the IEM you’re looking for. As versatile as this may sound the ME03 still has its limitations. Soundstage of this little IEM is on the smaller side meaning that dense music, think music utilizing a lot of instruments, may sometimes sound overly jumbled. Bass in comparison to the rest of the signature is quite forward with a bit of a mid bass bloom and deep extension in the sub bass. Although pleasurable, when testing the RE03 with my bassy songs I noticed a bit of looseness resulting in some noticeable leeching into the lower mids when the IEMs lower end was pushed. The mids are very slightly laid back and have a rather fluid wet feel to them. Note decay is on the acceptable side and I noticed minimal smearing when listening to overly fast paced music. Detail retrieval is about what I expected for an IEM of this price bracket. Something to note, when EQed the RE03 responded rather well and I was able to attain a cleaner, more detailed mid presentation when I bought the bass emphasis down a couple of decibels. Transition from the upper mids to the lower treble region is excellent and even my most sibilant songs sounded good. Treble was smooth with a gradual roll off in the upper most frequencies. Anyone who is touchy concerning overly aggressive spiky treble will like the ME03s treble.

Overall, I’m rather undecided on the RE03 and how I should pass final judgement on it. As a mass market consumer IEM the RE03 is one of the better IEMs on the shelves with its excellent build quality and pleasurable voicing. As a purely audiophile grade IEM I found myself wanting due to the looseness in the bass. In Master & Dynamics defence I highly doubt the RE03 was marketed or voiced for the niche audiophile market but was instead aimed more at the mainstream consumer market. As such, I can only grade it on the merits of the market it was created for. The RE03 is a nice pleasurable listen for the iPhone, iPad crowd whose only concern is to hit play on their phones/tablet and tap their feet to their favourite music. As for the audiophile crowd, the only recommendation I can give is wait and see what else Master & Dynamic may have up their sleeves as far as IEMs may be concerned. I commend Master & Dynamic for being able to put out a nice sounding consumer grade IEM. Considering they’re such a young company I’m curious what else may come down the pike in the near future.