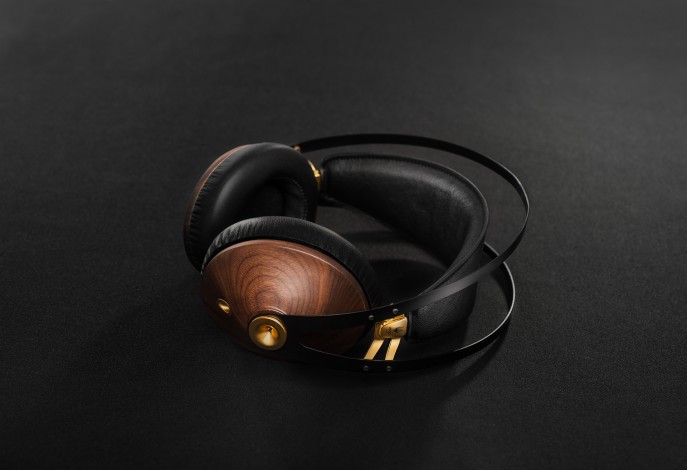 I thought the Meze 99 Classics were going to be like most quarterbacks, pretty boys that really couldn’t stand the heat and folded under pressure. I mean come on, if the Trump Towers had an official headphone, it would be these little beauties. Surely they would be as hollow as campaign rhetoric, they can’t sound that good at a list price of $309.00, there are no free lunches after all!  Well now, didn’t your Mamma teach you not to judge a book by its cover (yes I realize I have already exceeded my gratuitous cliché quota). Every once in a while, you are going to get a Peyton Manning, a quarterback that linebackers respect, tough, hard-nosed, who rise to the occasion, these pretty boys play, and play well!

The Meze Headphone Company is located in Romania, in the mining city of Baia Mare. Meze’s site state’s that, “we designed our headphones to transpose you in our world. The real wood design was specifically created to offer a warm sound, a sound that you can enjoy no matter the situation. Experience your music in a new way. Let us take you on the journey we followed, to the perfect natural sound.” Do they succeed, well let’s take a listen, shall we.

Given the Meze 99 Classic’s price point of $309.00, the two primary headphones used in this review were the Beyerdynamic DT1770 Pro (reviewed in the January issue) and the AKG (Massdrop) K7XXs. Sources were my MacBook Pro, iPhone 6+, iPad Air 2, or Arcam FMJ CD23. DACs were the Monarchy M22B (with the Melodious MX-U8), Grant Tube Dac 11 (with Siemens E88CC Tube), or the iFi Nano iDSD (the later used only as a DAC). Amplification included the Cavalli Liquid Carbon, Auralic Taurus Mk. 2, Airist Audio Herron 5 or straight out of my Apple Devices.

First a few words regarding the ergonomics of the Meze 99 Classics. they are very light, have a firm grip, though not uncomfortably so. The included cables are microphonic, not so much on clothing or soft surfaces, but noisy dragging across anything hard. One of my “quibbles” are the pads are on the small side, placing pressure on the outer ear and earlobes (though I do have enormous ears, rather “dimboesque”). Thus, the Meze 99 Classics can get warm and uncomfortable at times. Though with the Meze 99 Classic’s light ear cup’s weight just removing them briefly or shifting the pressure to alternative spots on my “ginormous” pinna brought instant relief.

Additionally, the 99 Classics isolation is excellent, passing my bat eared youngest daughter’s “listening to music that “sucks” in my immediate proximity test.” Scoring far better than the DT 1770 Pro’s “go away, I’m studying”, or when challenged by the “Wagnerian Opera Survival (mine) Test” which escalated to exasperated cries for Mom and flying objects.

A brief synopsis of the Meze 99 Classics sonic attributes, bass, lower midrange emphasis (a very pleasant one, but more on that shortly), and a somewhat peaky treble (though far from disturbing). Plus, a surprisingly wide and deep soundstage (not just for a closed headphone, for any headphone save the HD800). The Meze 99 Classics tone is very good, and with an impedance of 32Ohms and sensitivity of 103dB, they are quite easy to drive, though another shocker for headphones in this price range and they scale remarkably well. Sounding excellent from an iPhone or iPad and the perfomance step up with the Airist Audio Herron 5 or Auralic Taurus Mk. 2.  I really like the Meze 99 Classics, with a few minor quibbles.

What is included in the box; two removable Cables 3’ and 6’, both terminated with 1/8” plugs, a 1/4” Adapter, an airplane Adapter, EVA Hard Case, and a Soft Case to keep your various peripherals.

Y’all will have to forgive me, I have been in a Texas mood recently, Winter always seems to make me a little homesick for the sunshine and wide open spaces. First up Dwight Yoakam’s “1000 Miles from Nowhere”, off of his 1993 release, This Time. Okay so Yoakam is from Kentucky, but there’s a story in here somewhere, maybe not a good one, but a story. I had been relocated to Chicago, my first daughter was born, the Gage Hotel in Marathon, Texas, starched white oxford shirts, Wrangler Jeans, Roper Boots were fading fast. Then I heard “1000 Miles from Nowhere” and was transported, but enough cowboy (or at least the drug store variety) maudlin memories.

The Meze 99 Classic’s lower midrange emphasis did wonders for Dwight’s voice, adding a bit of needed resonance. Accurate, maybe not, but darn it sounded fantastic, there I was being transported again back to the West Texas sunshine. The 99 Classic’s treble also played well on this track, excellent bass a fun presentation. The Beyerdynamic DT1770 Pro was a bit staid and reserved, more Teutonic if you will. It’s soundstage significantly narrower than the Meze, also less depth, placing Dwight’s Band on top of one another. Here the open AKG K7XX’s soundstage offered a similar exhibition to that of the Meze 99 Classic’s, which for a closed can is remarkable.

Asleep at the Wheel’s, “Still the King, Celebrating the Music of Bob Wills and the Texas Playboys” is an incredible fusion of jazz and country music. The track used for the purpose of this review was, “I Hear You Talkn’,” featuring Amos Lee. Both the Meze 99 Classic and the AKG K7XX offered large, somewhat diffuse soundstages much larger than that of the DT1770 Pro. Where the Beyerdynamic was superior was imaging within its smallish landscape. My notes read, “fun, fun, fun, drums, drums, drums” (ok, my notes are pedantic), which translates into driving, powerful bass, an extremely wide soundstage (how did Meze do this?), and excellent dynamics.

Next up Steve Earle’s “Copperhead Road”, from his “Live from Austin, Texas, Austin City Limits, November 12, 2000”. Steve’s from the same part of Tennessee my mom’s samily’s been since the early 1700’s. The Scot-Irish Heritage remains a powerful influence. “Copperhead Road” has always captured a bit of that ancestry though this version takes it to a higher plain (yes hillbillies get high, please refer to John T. Petimore’s “Plan from Vietnam” in this song). Opening with a Scottish dirge, slowly building to a full percussive and electric onslaught.  The Meze 99 Classic captures the essence of this song as it grows from the light finger play on the mandolin to the power of the kick drum, to several screaming electric guitars, punctuated by Earle’s panther screams.

The DT1770 Pro, is a powerful performer on this selection, though a little too polite. As noted in my Review, the Beyerdynamic’s are excellent cans for rock, but on this track, they are bested by the Meze 99 Classics. The AKG K7XX’s also just don’t offer the visceral presentation this cut demands, nice soundstage, but just not enough power in the bass and percussion.

Next up, from Billy Gibbon’s first solo album, apart from the “the best little ol’ band from Texas” ZZ Top. “Perfectamundo” feature Billy and the BFGs breaking away from ZZ Top with a multi-percussionist, Latin-tinged sound, featuring a Hammond B-3 Organ and Gibbon’s signature guitar licks. The main track used in this comparison was “Q-Vo”, a “Green Onionesque” mostly instrumental.

The Meze 99 Classics growled and grooved right along with Billy and the BFGs, offering a fun, exciting and musical presentation. On this track, the DT1770’s smaller, more upfront presentation though was the best of the group. Doing an exceptional job of capturing the immediacy of this song, not a lot of soundstage to begin with and best served up by the Beyer.

The next slice of Texas Heaven is……okay just kidding, I am aware that not everyone grew up a Texan, they just dreamed of being one (I kid). One of the best jazz albums of all time is Sonny Rollins Way Out West (and you thought I was ending the cowboy shtick). Here the soundstage superiority found with the Meze 99 Classics steals the show, capturing his percussion on “I’m an Old Cowhand,” making me remove the headphone to see who was delivering “more” cowbell behind me.  The DT1770 Pro’s smaller soundstage just didn’t convey the exuberance drummer Shelly Manne poured into this track. The AKG K7XX finished a distant third, just not offering the energy and micro-dynamics of the closed headphones.

The Meze 99 Classics are just that, a classic offering from Meze Headphones. If you are looking for an easy to drive, fun, dynamic, isolating you from extraneous sounds, and those nearby from your music (or noise, it’s in the ear of the beholder) headphone, they are an absolute steal. While I love both the Beyerdynamic DT1770 Pro and AKG K7XX headphones, I almost always found myself reaching for the Mezes more often. Highly recommended!