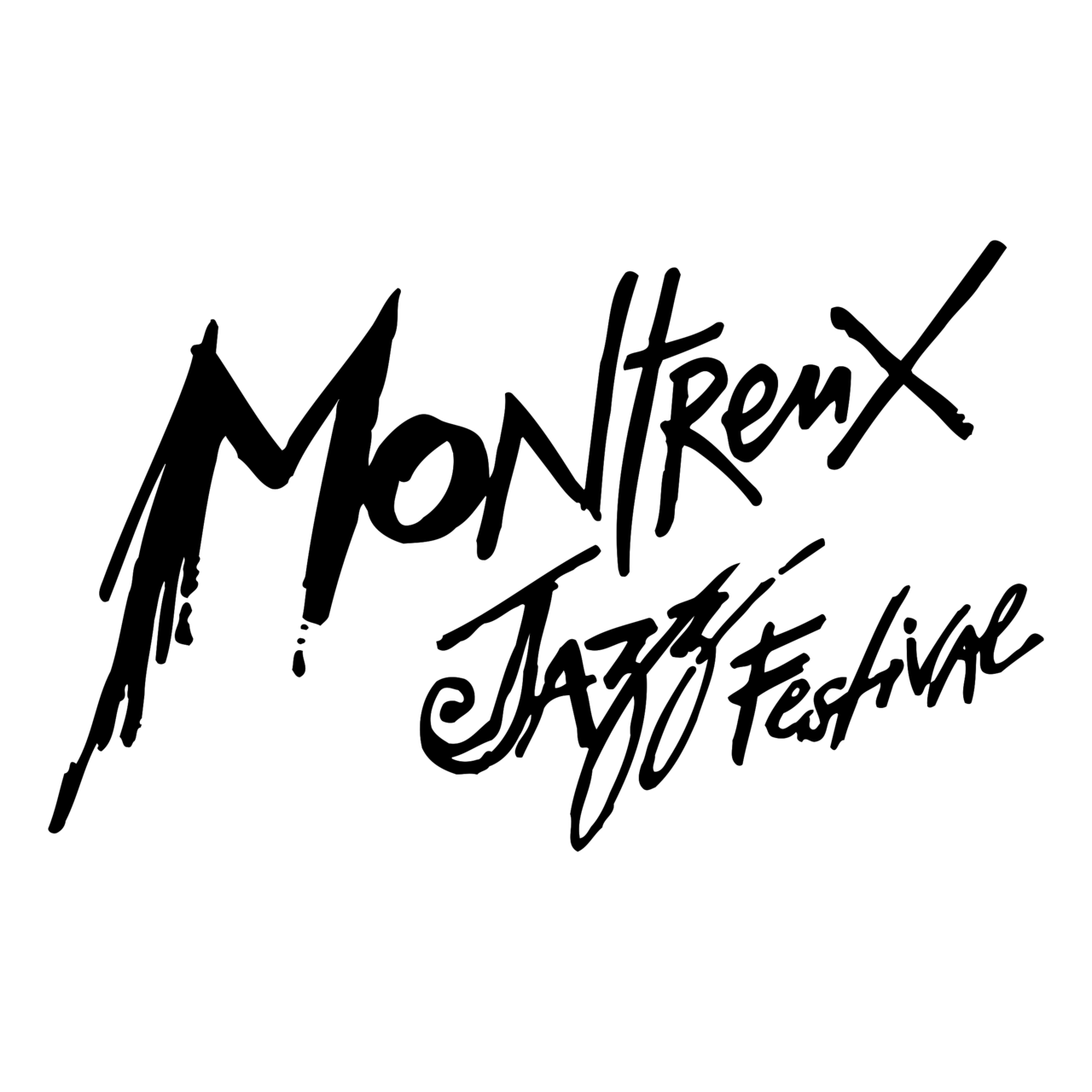 Wednesday 14 April 2021 – Montreux Jazz Festival and BMG today announce the forthcoming releases of ‘Nina Simone: The Montreux Years’ and ‘Etta James: The Montreux Years’ on Friday, 28 May 2021. The live albums, which will be available in multiple-format configurations, including double LP and two-disc CD editions, feature sublime collections of the musical icons’ finest Montreux Jazz Festival performances, including previously unreleased material, all restored to their full glory and more. The audio will also be available on digital download and streaming services, and in full master quality on TIDAL.

Simone’s and James’ albums are the first releases of Montreux Jazz Festival and BMG’s brand-new collection series “The Montreux Years”. The collections will uncover legendary performances by the world’s most iconic artists alongside rare and never-before-released recordings from the festival’s rich 55-year history, with mastering performed by Tony Cousins at London’s iconic Metropolis Studios, incorporating MQA to capture the original sound of these special live performances. Each collection will be accompanied by exclusive liner notes and previously unseen photography.

Nina Simone’s story from the late sixties to the nineties can be told through her legendary performances in Montreux. Taking to the Montreux stage for the first time on 16 June 1968 for the festival’s second edition, Simone built a lasting relationship with Montreux Jazz Festival and its Creator and Director Claude Nobs and this unique trust and electricity can be clearly felt on the recordings.

Simone’s multi-faceted and radical story is laid bare on ‘Nina Simone: The Montreux Years’. From Nina’s glorious and emotional 1968 performance to her fiery and unpredictable concert in 1976, one of the festival’s most remarkable performances ever witnessed, the collection includes recordings from all of her five legendary Montreux concerts – 1968, 1976, 1981, 1987 and 1990.

Featuring rare and previously unreleased material from Claude Nobs extensive collection of recorded material (Montreux Sounds), Nina Simone devotees worldwide will be thrilled by the inclusion of the powerful I Wish I Knew How It Would Feel To Be Free, poignant and fearless Four Women and Simone’s hauntingly beautiful performance of Ne Me Quitte Pas.

A spine-tingling version of Janis Ian’s searing and potent Stars, which Simone covered for the very first time during her 1976 Montreux performance, sits alongside her bold and electrifying re-imagine of Bob Marley’s ballad No Woman No Cry in 1990. The collection closes with the encore of Nina Simone’s final Montreux Jazz Festival concert and one of Simone’s most-loved and best-known recordings, the exuberant My Baby Just Cares For Me, showcasing the deep and multidimensional facets of Simone’s life and music.

The CD edition of ‘Nina Simone: The Montreux Years’ will also include Simone’s 1968 landmark concert in full, the first time the full concert will be available on CD.

‘Etta James: The Montreux Years’ is a treasure trove of timeless classics, powerful and electrifying performances and raw, soaring vocals by one of the greatest ever female vocalists. The collection, featuring recordings from James’ live at Montreux concerts in 1977, 1978, 1989 1990 and 1993, encapsulates and reflects Etta’s dynamic artistry and long-lasting impact. Spanning performances from across three decades, ‘Etta James: The Montreux Years’ offers deeply personal and intimate snapshots into James’ acclaimed musical journey, highlights and her phenomenal career.

From one of Etta James’ earliest successes, the infectious and endlessly elegant Something’s Got A Hold On Me, a medley that consist of At Last, Trust In Meand Sunday Kind of Love, which is a fusion of highlights from the early 60s, to the raw and emotional I’d Rather Go Blindand soulful horn-driven Tell Mama. The collection closes with Baby What You Want Me To Do, James’ homage to Jimmy Reed and the encore of her 1978 concert.

In 1975, Claude Nobs captured a significant moment of musical history – Etta James’ very first concert in Europe, performing at the festival’s 9th edition. The CD edition of ‘Etta James: The Montreux Years’ will include highlights of this special landmark concert, held at Montreux Casino on 11 July 1975.

Thierry Amsallem, Claude Nobs’ Universal Legatee, Chair/CEO of Montreux Sounds and Chair of Claude Nobs Foundation, says: “The Montreux Jazz Festival has always been a leading showcase for the international music scene, as well as a meeting place for musicians and music lovers. The magic of Montreux lay in the encounters between musicians. There were unique events that will never be repeated. The idea was to allow artists to get off the beaten track and avoid replaying their usual repertoire. But here, we treated them like royalty and offered them the best conditions in the world, in terms of sound quality and audio-visual recording technology.”

Mathieu Jaton, CEO of the Montreux Jazz Festival, adds: “I am thrilled to be able to continue the fabulous history of albums recorded at Montreux Jazz Festival with the new collection “The Montreux Years”. And who better to launch this series than the incredible Etta James and Nina Simone, who both left their mark on the Festival! I am especially pleased that these albums will be released both in digital and analogue formats. I have always thought of the Montreux Jazz Festival as the vinyl of festivals, because of its exceptional listening quality and the authentic feeling it gives to music lovers. The Festival has also always been at the forefront of new audiovisual technologies. This is totally in line with our current strategy of a hybrid model between events and digital content.”

Montreux Jazz Festival is a renowned music festival created by Claude Nobs and held annually in Montreux, Switzerland across two weeks in July. Now in its 55th year, the festival draws 250,000 music lovers from all across the world to the Lake Geneva shoreline. Montreux Jazz Festival celebrates the industry’s emerging and contemporary acts, whilst paying homage to music’s legendary acts. Originally a pure jazz festival since inception in 1967, Montreux began showcasing other styles of music throughout the decades and today presents artists from across every genre imaginable. Artists that have graced the stage of Montreux include Etta James, Bob Dylan, Elton John, Ms Lauren Hill, Aretha Franklin, David Bowie, James Brown, Kendrick Lamar, Leonard Cohen, Marvin Gaye, Miles Davis, Nina Simone and many more. Mathieu Jaton serves as CEO of Montreux Jazz Festival after taking over the festival in 2013.

BMG is the new model music company founded by Bertelsmann in 2008 as a direct response to the challenges of music’s digital revolution. Key to its innovative approach is the fact it represents the traditionally separate music publishing and recording rights off the same state-of-the-art platform internationally. BMG is already the world’s fourth biggest music publisher and the first new global player in the recordings business in decades. BMG’s pitch is unique – a relentless focus on fairness and transparency and service to its artist and songwriter clients. BMG’s 19 offices across 12 core music markets now represent over 3m songs and recordings, including the catalogues of Chrysalis, Bug, Virgin, Mute, Sanctuary, Primary Wave and Talpa Music, as well as literally thousands of artists and songwriters attracted by its fresh approach. BMG is owned by international media, services and education company Bertelsmann, which also includes the broadcaster RTL Group, the trade book publisher Penguin Random House, the magazine publisher Gruner + Jahr, the service provider Arvato, the Bertelsmann Printing Group, the Bertelsmann Education Group, and Bertelsmann Investments, an international network of funds. With its multi-platform perspective, integrated technology platform and commitment to help artists maximize their income, BMG aims to be the best company in music to do business with. www.bmg.com

Founded by Claude Nobs in 1973, Montreux Sounds owns a collection of 5’000 concerts “Live at the Montreux”” recorded both in audio and video (More than 2’000 performances were filmed in High Definition since 1991)  and has published already more than 450 major artists, live on the same stage, including shows dating back to the late 1960s.

The Claude Nobs Foundation, Founded and Presided by Thierry Amsallem, oversees the preservation and valorization of Claude Nobs’ legacy including the audio & visual archives, which is one of the World’s largest private collection of “live” music recordings – all of which was recorded at the Montreux Jazz Festival (Switzerland) since 1967 and inscribed in 2013 on the UNESCO’s international Memory of the World Register.

In 2007, Thierry Amsallem and Claude Nobs joined forces with the Swiss Federal Institute of Technology in Lausanne (EPFL) to create a unique, first of its kind, high resolution digital archive of the future. Considered both as an educational tool and research infrastructure, this audiovisual heritage has become a unique platform for students and researchers to innovate in fields such as acoustics, data science, archiving, musicology, museology, or neurosciences.

Using pioneering scientific research into how people hear, MQA captures the sound of the original performance. The MQA file is fully authenticated, backward compatible, and small enough to stream, so you can play MQA on any device. MQA powers award-winning products and services worldwide with unmatched efficiency, which also makes it the most sustainable solution for the entertainment industry. Partnerships span recorded music, video, radio, broadcast and livestreaming. Wherever there is audio, MQA delivers the best sound. MQA is a UK-based private company.