MrSpeakers AEON Closed Back Headphones – One for the Ages 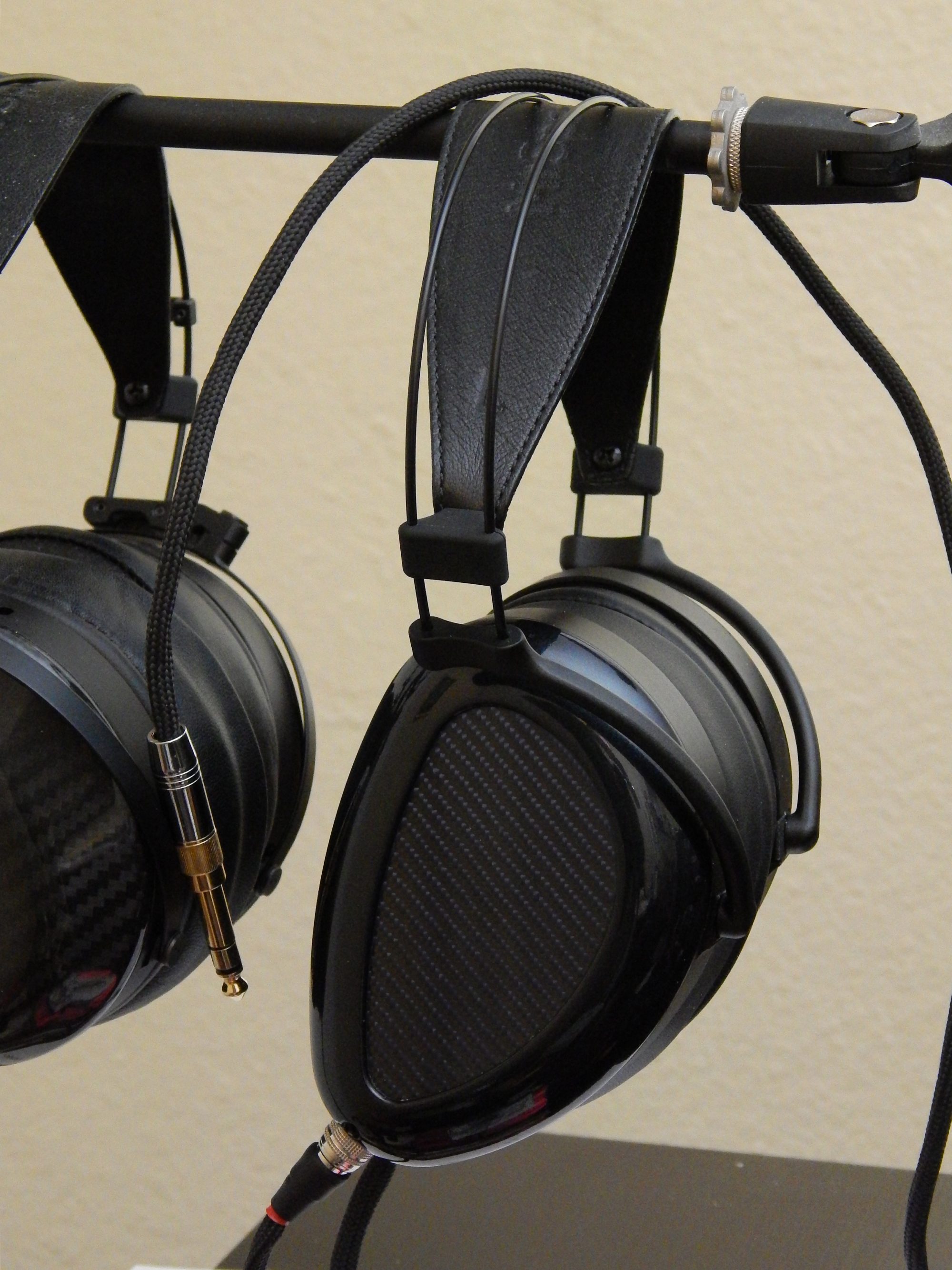 Over the last year and a half or so, there has been an explosion of high performance headphones in the coveted just under a thousand dollar price bracket, and MrSpeakers is the most recent high-end manufacturer to throw their hat in the ring. Or I should say return to the ring, as not so long ago they were a heavy hitter in the category with their highly praised Fostex T50RP based Mad Dog and Alpha Dog headphones. As I understand it, it was Fostex’s decision to change the sound of the T50RP that inspired MrSpeakers to develop the ETHER series headphones using drivers of their own manufacturer (rather than doing a complete revoicing of the T50RP), something we must all thank Fostex for, as MrSpeakers has been on fire, producing five new headphones in the last two years; the ETHER, the ETHER C, the ETHER Flow, the ETHER C Flow, and now the AEON.

As regular readers will know, I use the ETHER C Flow headphones as my reference, and so I was more than excited to be given a chance to evaluate how well, all the work and expertise used to develop this peerless offering has boiled down to their latest creation.

Employing MrSpeakers’ unique V-Planar Drive and Trueflow technologies, the AEON is clearly similar in design to the ETHER C Flows, though obviously meant to be lighter. The carbon fiber capped ear-cups are ear shaped rather than round and about two thirds the size and mass of their big brother. They use the same NiTinol “memory metal” and leather strap adjustable headband, but with a single anchor point on the ear-cup. The ear pads are a thick flat leather pad similar to those used on the ETHER and ETHER Flow headphones, but again ear shaped. And they use the same connector (though recessed) and come with the new DUMMER (Distinctly Un-Magical) dual-tip (1/4″ and 3.5mm) headphone cable for greater compatibility with portable devices (1/4″ to 3.5mm adapters put undue stress on 3.5mm output connections). All in all, the build quality and comfort are exemplary, while the design is elegant and functional, in keeping with all MrSpeakers products.

Of all the audio manufacturers that I listen to at the shows, I have always found MrSpeakers’ Dan Clark to have the most eclectic selection of music, and it is to this that I attribute the sonic signature of the MrSpeakers line. While most designers tend to focus on one style of music, often using recordings that appear to be geared to making equipment sound impressive, rather than to be simply enjoyed, coming up with as a consequence tonal balances that emphasis rather than enhance, Dan’s wide musical taste forces him to deal with the fundamental issues of sound reproduction such as dynamic range, speed, phase linearity and alignment, wave form distortion, bandwidth and a neutral tonal balance.

For overall speed, dynamic range, and tonal balance as well as what I call the “chill test” (there is a passage of all the bows being drawn lightly over the strings, that given enough system resolution causes chills down my spine) I use Robert Shaw and the Atlantic Symphony Orchestra’s performance of Stravinsky’s “The Firebird Suite” (24/96kHz vinyl rip, 64 track digital master). The AEON’s scored masterfully on every point, drawing distinction of the subtle differences between flutes, reeds and horns. The tympanis were articulate and resonant and the triangle was clear against the background of percussion and brass. The soundstage was wide, deep and enveloping.

For piano I decided to go with Nicky Hopkins and “The Song is Over” (Who’s Next – The Who). The sound of the piano was natural and neutral with a Steinway  quality set in a huge theatre, with Daltrey’s voice and Townshend’s guitar slightly forward and Entwistle and Moon recessed in line with the piano. The rear wall reflection was incredible lending a live performance feeling to the studio recording.

Sarah Brightman’s rendition of “Think of Me” (Phantom of the Opera [Original Cast Recording] – Andrew Lloyd Webber) was magical, her voice rendered like fine crystal. At no point were the dynamics compressed, even with the orchestra at full crescendo, and this held true with the DSD recording of the film version (while the vocals may not have the same operatic qualities, the orchestral backdrop is more dynamic and resolute).

For a male vocal counterpoint, “Too-Ra-Loo-Ra-Loo-Ral” as sung by Bing Crosby (Swingin’ on a Star) was rich and intimate with a large orchestra in the background, and none of the tininess one often gets from old recordings.

David Gilmore’s opening guitar licks on “Wish You Were Here” (Wish You Were Here – Pink Floyd – DSD) were crisp and lifelike, the vocals a bit back and realistic. The detail was impeccable, during the chorus I could detect three layered acoustic guitars, electric guitar, piano, synthesized horns, bass guitar, and various percussion behind the multiple vocal tracks.

At this point I switched over from my desktop rig (Questyle Audio CAS192D True DSD Current Mode Amplification DAC and Questyle Audio CMA800R Current Mode Amplifier) to the Questyle QP1 Portable Music Server to see how they sound with a DAP. I was able to get good volume levels while set to “Low” gain, which means they should be compatible with most DAPs without resorting to an outboard amplifier (which invariably degrade the sound quality), to get full concert levels from Jimi Hendrix’s “Jam Back at the House” (Woodstock Two) I did have to switch the gain to “High”. The soundstage put me about 20 feet from the stage.

To check out bass extension (something MrSpeakers normally excels at) I cued up “Non Mi Lasciare” (70 ITALIA – Dario Baldan Bembo) and was not disappointed, the subsonic bass was thick and palpable, the operatic vocals, spine tingling.

For look into modern music I put on DubXanne’s cover of “Roxanne” and the results were epic, the deep bass drilled into you underpinning the basso reggae lead vocals, enveloped in the female chorus.

Which meant it was time to bring up Napster on the phone and listen to Captain Beyond and “A Thousand Day Of Yesterday” followed by Kevin Ayers’ “All This Crazy Gift of Time”. While not as lush as the QP1, there was plenty of volume without maxing out, and the sound musical and detailed.

Iron Butterfly’s “Are You Happy”, showed that there was a modicum of bass even with the anemic phone amplifier and while the soundstage was nowhere as large, it was in no way thin.

This review wouldn’t be complete without a comparison to the AEON’s bigger brother the ETHER C Flows. For this I selected “And You And I” from Yes’s Close to the Edge (DSD). Surprisingly I found the ETHER C Flows to be slightly more comfortable, though that may be a product of having worn the AEONs all day, but the AEONs are definitely lighter (though neither is what I would call a heavy headphone. As to be expected, the image and soundstage is a bit farther in front of you with the ETHER C Flows, and they are airier with a larger overall presentation. And when all is said and done, the ETHER C Flows are faster, so they are still money well spent. But on the other hand, the AEONs are more efficient, lighter and smaller with over 90% of the performance and at half the price, that is a bargain indeed.

The MrSpeakers AEON headphones are a fast, dynamic, accurate and musical class A, one size fits all headphone, with a neutral tonal balance. That is to say, they work well with all forms of music, and are a must have for listeners who prefer a realistic presentation with a vast three dimensional soundstage. They are efficient enough to use with portable units and have a dynamic range I have only heard matched by IEMs costing twice as much. While I won’t go as far as to say they are a Reference quality headphone, they are without question, the best value in an over the ear headphone that I have heard. And if you like your music colored, they are certainly efficient enough to not put a strain on an EQ.

Once again, MrSpeakers has set a new bar for others to compare to in the AEON.

Frequency response: Yes (sorry, this specification is abused to the point of silliness, so we don’t publish one)