Music and Life in the Digital Age 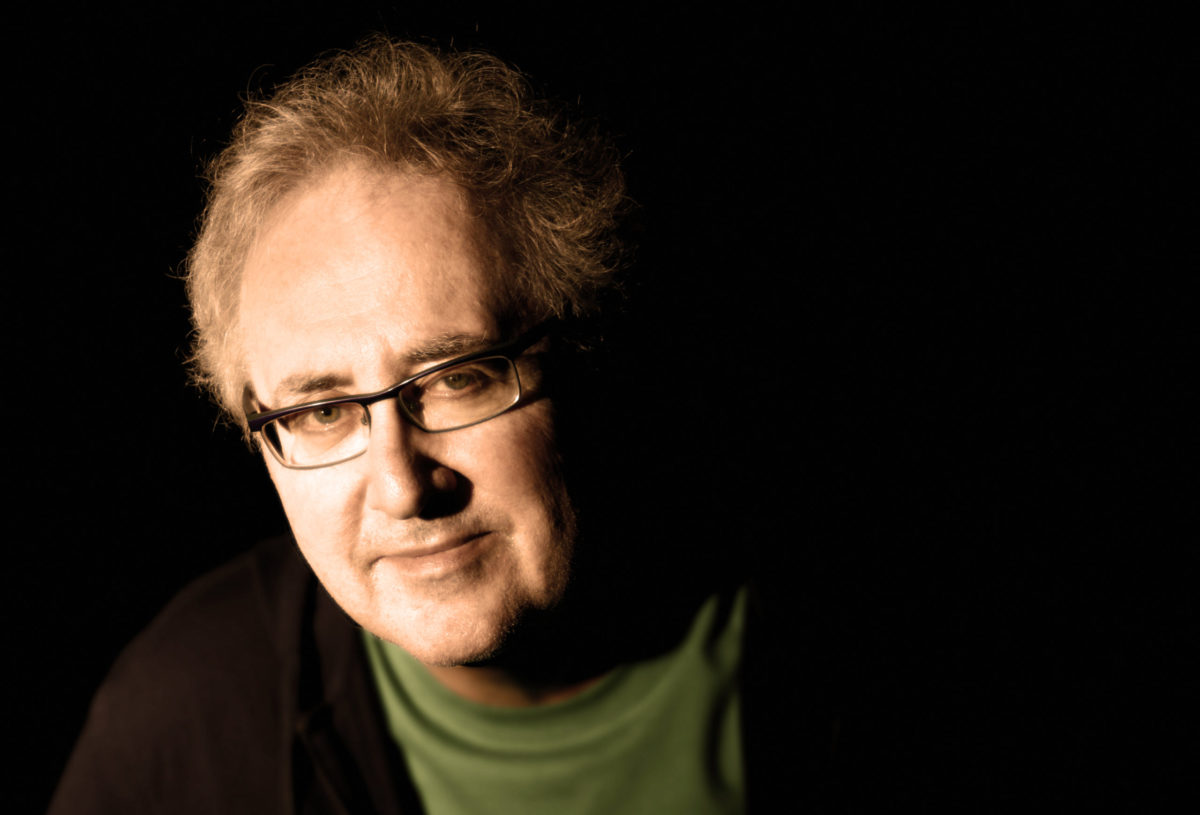 On November 13, 2001, I was rehearsing at S.I.R. 52nd Street with some great musicians and artists for a very special concert to raise money for families who had suffered a loss during 9/11. I had a band of some of the finest musicians in New York and we truly had some great artists on board to perform at the Beacon Theater on November 14 to an already sold-out show. We took a break and I noticed a group of people standing in the back of this large performance space. They were looking at this little piece that was being shown to them by Martin Cohen who was the founder and president of Latin Percussion. It was a little white slab of metal with headphones like I hadn’t seen before. When I went back and saw what this was the first words out of my mouth were, “What is that?”

He said that it was called an Apple iPod and that it holds five gigs of music that you can take with you anywhere. At that point, he had about 100 songs in there and I was totally blown away. I then went home and started reading about this and began to discover all these new things about it and then it really hit me. This is the start of something very major and a game-changer.

Apple and Steve Jobs were always a company that was trying to innovate and look to the future and with this product they absolutely did. They also absolutely put the first stake in the heart of the music world. First, the record companies had to deal with Napster and people file sharing and not buying CDs and stealing music. Now they were dealing with something that would make it so the CD could become obsolete. Just think about it. Do you want to go and take a bunch of CDs with you wherever you go or would you rather go and have this little device that fits in your pocket that you can have 500 songs on. It definitely set the world and the music world on fire.

The music world was being run by the same people that had been running it for decades. The CD was the cash cow of the music business. Cheap to make and high on profits. Many of these executives didn’t even know how to use a computer let alone understand digital technology. What was the most welcomed product of the 1980s was now about to become obsolete. Many people were to blame the demise of the CD on the rise of digital music companies like Napster that were being formed in college dormitory rooms. Soon people were stealing music left and right digitally from many different sites. Call it file sharing call it theft it was being done digitally. Panic started setting in at the record companies because these huge revenues from selling 1,000,000 to 15,000,000 albums were going to be disappearing in the near future and they had no idea what the next paradigm would be. One would think that the labels would have bright people up there thinking about how the digital world was going to expand and what their position in it was. If you thought that you thought wrong. They got caught with their pants down and now were scrambling to see how they were going to not only catch up but how they were going to save their businesses.

The way it first started, of course, was for the labels to make sure that they still made the big money and in order to make the big money, they decided to give the artist less money on royalties. A whole royalty stream was going to be disappearing for the millions of artists and musicians around the world who depended on it. All of a sudden songwriting decreased in value, studios were closing because people were now are making albums in their houses and putting them online and a general malaise was coming over the reality of the music business. The reality was nobody had the foresight to understand what was coming down the road in this new digital world. Labels were scrambling, more people were stealing music, and CD sales started to really plummet. Once in a while, like with Norah Jones, you would see an album sell a lot of copies in all formats. That was the exception, not the rule. Now you have Spotify and other streaming companies in bed with the labels and they are sharing the money and giving their artists not even enough to buy a slice of Pizza.

So what am I getting at with all of this?

Everything revolves around inside knowledge, and the ability to understand where trends are going. The labels paid no attention to the upcoming digital revolution. The way it is now in the world is that you have to be prepared to understand that we are living in the digital age and it’s going to expand more and more as the future continues on and the ones that are prepared for it are the ones that are going to be able to thrive in it. The music world to this day has still not truly recovered and it is now been almost 20 years. Companies like Spotify that stream music along with Apple Music don’t pay enough royalties for an artist to buy a sandwich let alone pay the rent and keep one’s lifestyle intact. It quickly moved to a situation where your income was based on live performance and getting out on the road and playing as many gigs as you can because the money coming back to you on your songs and on the content that you provided the label was truly minuscule. There has now been a real divide in the music business between younger artists that find they have no problem just sitting in their bedrooms making albums on laptops and the artists and musicians who spent their lifetime to build up their careers and become true professionals, whether it be in the recording studio, or as a first-class sideman on the road, or the artist whose project it actually was. To survive you have to embrace the digital age and how Music is now being made.

I would say 95% of the music currently made is made on a computer or using a computer. So many recording studios have closed and the method of making music has totally changed from being a true collaborative effort in the studio to now isolating oneself creating parts and sending them over the Internet to the artist or producer and have them figure it out. Truly a way to adapt and also truly a way to not capture the spirit that made so many albums back in the 1960s, ’70s, ’80s, and ’90s So special. There is no time in the studio with anybody anymore and you work now out of your house. I’ve been doing that for many years but I still held onto the tradition of having musicians around me when I recorded. Now that has almost disappeared.

No matter how old you are you have to be aware of what is happening around you because in the future there’s going to be Artificial Intelligence and phones and tablets are going to be more integrated into our lives than ever. No matter how old you are you cannot not pay attention to this, because if you embrace it as one gets older it can enhance your life, but you have to understand how to use it and how to make it work for you not against you.

I’ve always looked at myself as a person of vision and always moving towards the future. I’ve been able to prove that in the work that I’ve done over the last 46 years. I’m always exploring for the next thing Special thing that I’m gonna be able to bring to the music I do. I embraced synthesizers 47 years ago and when people told me it was a fad I just let them talk and I moved ahead. I haven’t looked back and neither should you. I still play piano and I still love vintage instruments, but I know where the future lies and it lies in the digital age. To all young people out there I encourage you to get your parents into understanding it and all those that are even older I encourage you to learn more about technology and how it could affect your life as you’re getting older.

Don’t get caught with your pants down like the record companies did. There’s information everywhere…embrace it and grow with it. I promise you, you’ll see a difference.