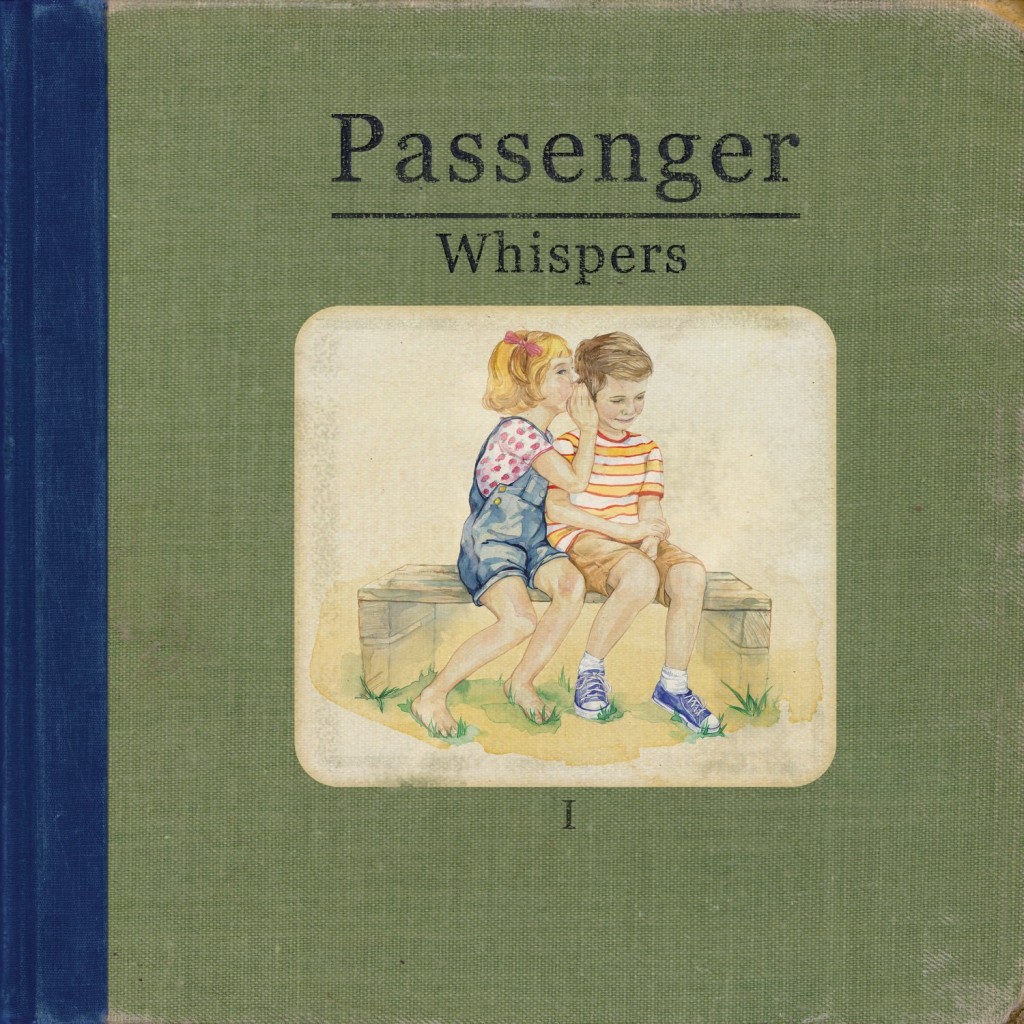 Michael David Rosenberg was originally part of the five piece band Passenger. When the group decided to part ways in 2009, Rosenberg opted to keep the Passenger moniker and pursue his art on his own. While his earlier albums embodied a more traditional folk flavor, his most successful release, All the Pretty Lights, established a more pop feel by the singer –songwriter.

Fast forward to 2014 and Rosenberg delivers his latest release, Whispers. You won’t find any sophomore slump with this recording. He seems to be finding his footing and his voice in this more mature, impressive selection. He replaces the quirky, sometimes humorous, material found on ATPL with a little more seriousness but still stays true to himself at the same time. I couldn’t stop tapping my toes from start to finish while Whispers was cued up on my playlist. Rosenberg sings about love and life, and whether you’re 16 or 60 there will be something there to identify with.

As an audiophile I can’t seem comment on music without saying something about the quality of the recording itself. If you appreciate a well recorded and mastered album, Whispers does not disappoint. Rosenberg’s voice, the hallmark of his sound, comes through naturally, with realism, and with no evidence of harshness. His guitar plucks resound nicely. The piano keystrokes come across effortlessly with good detail. Kick and snare drums offer nice punch and never bleed into the mid-range. At the time of this article, no information is available as to whether this recording will be offered in hi-resolution. For what it’s worth, if Whispers is offered in 24/96, I would certainly spend the money.

The songs offered on Whispers have coherence. The album tracks have a meaning to the order and arrangement. There is honestly not a bad track from start to finish in this man’s opinion.

For me, a child of the 80’s, I’ve had a difficult time relating to today’s top 40. This is pop music with purpose and done well. Rosenberg uses his music to tell a story. The stories are well crafted and expressive. The lyrics draw you in and hook you with twists and truths. Finally, I’ve found a modern album that both my daughter and I can enjoy.

My personal journey into audio stared as a teenager when I purchased a Pioneer sx-650 and a pair of Advent speakers. I will never forget the moment I tuned it on for the first time. Every gear purchase since has been an effort to relive that moment.

Latest posts by MattTCG (see all)