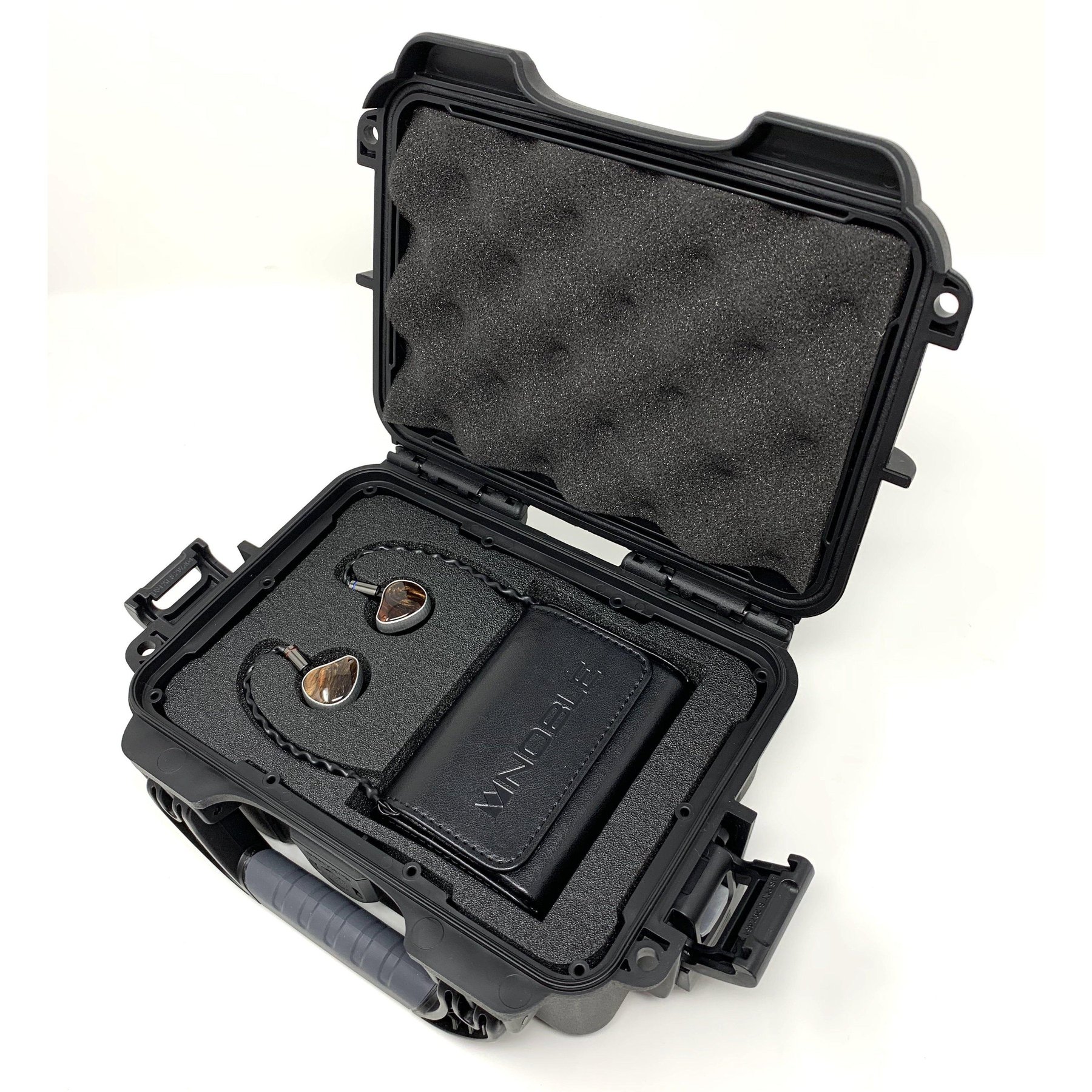 When Jim Moulton contacts me and asks me to personally review a Noble IEM I know I am in for an exciting adventure into John Moulton’s newest creation. The nickname Wizard, as John is known as, is well and truly justified, so when the good doctor works on a creation it is almost guaranteed to be groundbreaking in design and sound spectacular.

Reviewing the Khan for me was an experience in how good universal designs can be and how balanced and articulate they could sound. The new Sultan with its lustrous coverings is a beautiful treasured piece of art designed in the typical Noble handmade fashion created one at a time for the most discrete and select listener. Listeners willing to pay $2900 for an IEM demand the best and are looking for the best in sound quality with little or no compromise.  The best way to describe the Sultan would be easiest for me to put in baseball terms; this is the Babe Ruth of in-ear monitors. Loaded with features it is designed to provide a huge soundstage with a balanced timbre and sound, should I dare to say near-perfect it would be an understatement.

The 7 driver configuration offers one more driver than the mighty Khan and exchanges the piezoelectric driver used for high frequencies for dual electrostatic supertweeter drivers. The new configuration makes the highs more pristine with what seemed like an endless high frequency that reached the highest of highs. Shimmering crystal clear triangles in classical recordings showed that the Sultan is able to recreate a lifelike sound that I have not experienced previously.

The soundstage was out of my head and when I closed my eyes I heard the music without any boundaries. The sound of the instruments in their own space was breathtaking. The images were razor-sharp in their space with air and defined, as good as I have heard in any in-ear monitor I have previously reviewed.

Using my AK 240 loaded with 5500 songs of all genres, I decided to start the listening session by selecting the “songs” menu and hit play so I would get a variety of music to listen to.  The first track that came on was “Come Together” from  “Abbey Road” with the 2019 mix and the sound was spectacular. I noticed that the sound had excellent rhythm and while sitting on Sunset Beach in Cape May, NJ I was into the tune and started moving my head side to side, and when I started to sing along my wife told me to be quiet as people on the beach could see I was into the music and following the tune.

The Sultan had excellent pace and rhythm and the crystal clear sound of the Beatles once again sounded alive. The presentation of the music was unique in that it appeared completely out of my head, but what was impressing me the most was the imaging and clarity of the vocals. The sound was like nothing I had heard previously and loaded with detail while never being analytical. The musicality of the song was indeed spectacular.

Sting’s “Field of Gold” came on next and the sound once again had excellent clarity and a rare transparency that only an electrostatic driver could give but also notable was the tonal balance. Many electrostatic drivers fail miserably at reproducing bass and the sound from the Sultan once again showcased the magnificent Noble engineering, the dynamic bass drivers were able to recreate bass aplenty, especially on classical tracks where you need to feel the massive tympani whacks. Listening to various classical tunes showcased the blazing speed of the drivers which always appeared to be working in unison and never did I feel anything in the performance was missing.

The integration of seven drivers of three different types into a configuration with a crossover that will make it all work well together requires a skilled engineer to get it right and make it work in unison with all of the drivers. The Wizard was able to get the crossovers working in unison and the Sultan always provided the musicality all music lovers crave.

Female recordings were all recreated with exceptional clarity and the joyful sound of the listening to a vocalist like Holly Cole sing the “Train Song”, a Tom Waits tune, with her sexy vocal she lures the listener in and showcases how good a component can be because of the musicality coming from the tune. Bass lines were never cheated and the sound was always tuneful and the tonality of instruments was spectacular. I always felt involved with the music and forgot that I had IEM’s in my ears and spent countless hours with the music and the Sultan always delivered.

The Wizard, Dr. John Moulton has been at this for a lot of years and been through some challenging times in his career. The Wizard is an audiologist by trade but is also a master engineer with exceptional skills in creating artisan products. The man is committed to designing the best products he can and in recreating music with the utmost transparency.

The Sultan was able to recreate a soundstage as good as I have experienced and the electrostatic drivers are amazing all designed with a crossover that works. Creating a 7 driver in-ear monitor is something many companies do but few if any have ever been able to get the integration of the crossover so good and get it right. Noble has created a product that delivers exceptional musicality and nails instrument tonality as close to live as I have heard. The mighty Sultan delivered exceptional textured bass, a quality rarely heard in an electrostatic design.

The Sultan had an exquisite high-frequency range that seemed endless in extension with a transparency as if you were there. The magical Sultan was the best at recreating classical performance with an out of the head layered soundstage that at times made me feel as if I was in the world’s best concert halls.

We live in difficult times with a worldwide pandemic and many of us are working from our home and many have found some satisfaction by listening to music to help our souls and reduce the stress we are all under. The  Sultan made me forget all the stressful horrors of the pandemic and united me with the music. If you’re looking for a home run for musical listening, the Babe Ruth of IEM’s is here now in the Sultan and the crown of owning the best universal in-ear monitor in the world is available for the music lover who wants a complete adventure into musical bliss. The Sultan is the new artisan product destined for greatness and a marvelous musical instrument to make you forget and fall in love with the world’s greatest stress reliever, music. The Sultan is the new champion that gets me all the way there in complete satisfaction.

As an added bonus, for a limited time, Noble is including an Audioquest Dragonfly Red with the Sultan.

Well done and built to perfection and destined for years of musical enjoyment. Call and get a pair to audition you may find, as I did, this is the best sounding instrument for portable audio. Spectacular!!!!!