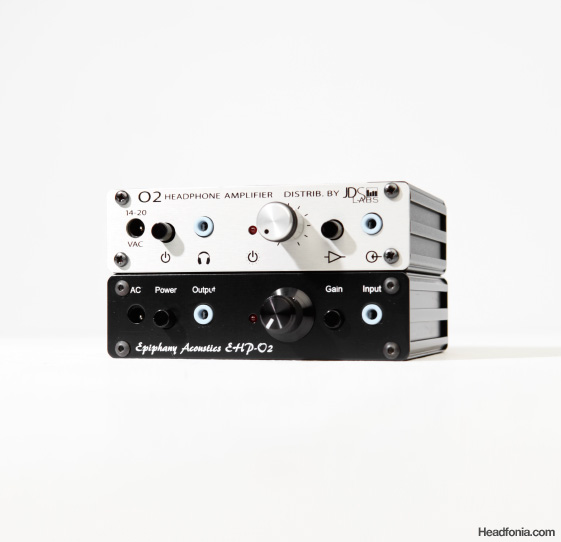 While this product is distributed by the company, JDS. Labs, it was not created by them. It was made by the anonymous audiophile NwAvGuy who set out to create a truly neutral amplifier, one that would show the negatives, and positives, of an audio recording. The product of his endeavors was the O2 (and ODAC, a DAC later produced by him, but that’s for another time), which was a huge success in the audiophile community. Many people think it’s one of the best beginners amplifiers around, due to its sound and price tag. Weighing in at $129 from JDS. Labs, I would also agree that it is a perfect beginners amp.

Moving on, JDS. Labs is a small producer of audiophile products, namely making the famous O2/ODAC, along with amps they have developed. They make, arguably, the best Objective 2 that I have seen. I have yet to see someone beat them in design, aesthetic, and their fantastic customer service, who I have dealt with in years past, when I acquired an O2/ODAC as my first amp/DAC.

The Objective 2 from JDS. Labs is made from 100% aluminum on the outside, with the front and back plates made of brushed aluminum, the plates also come in silver or black. The amp is built like a tank, feeling near indestructible in your hands. Aesthetically, it is very military-esque. Nothing is out of order on the front plate, the colors are simple, the logo and indicators are straightforward, and it is built of high quality material. To me, this is an extremely beautiful amp, for it does nothing more on the outside than it has to, and lets the sound of it speak for it.

Furthermore, the front plate is a little cluttered with everything residing on the front, but for a little extra money ($3) the power jack can be moved to the back. This is well worth it, and looks much more aesthetically pleasing.

The knob is made by Kilo International, and it is comprised of 100% aluminum. It feels good to turn, but it lacked a little lubrication, when sometimes it would jump around, being hard to get an exact volume.

All of the components of the O2 are built on a single PCB, thus lending to the small footprint this amp has. Also aiding to the design of the Objective 2 is only the bare minimum of components needed, however, a ¼ plug would’ve also been nice to see. If you’re on a search to find a no-frills amplifier, I would wager that this is one of the best options to look at, especially on a tight budget.

Furthermore, a 2.5x/6.5x gain switch is included with the O2 for use with higher ohm headphones. It works quite well, with my Astrotec AX30’s and Paradox’s having no audible hum and my Sennheiser HD650s having a low audible hum at full volume. The gain is powerful, when I use my HD650’s I only have to go about 40% to get a very good volume to listen at.

For testing, I used a modded T50RP called the Paradox, and the Sennheiser HD650. For my DAC, I used the Woo Audio WA7 DAC, which I find to be a great DAC to use, and I use the WA7 in all my other testing of headphones.

For the first part of my review, I will be talking about my use with the Sennheiser HD650 and the O2. This headphone is 300 ohms, so it is a little hard to drive, and I used the 6.5x gain setting.

I found the HD650 and O2 combo to be enjoyable, I felt that it skewed the HD650s signature to be more analytical and cold, than its typical sound signature: warm and mid forward. Analytical and cold isn’t bad, just a descriptor, in more detail what I am saying is that it extracted a lot of detail, to the point of making poor recordings unenjoyable.

For lows, I found the subbass to hit decently, always on the neutral side, but didn’t have much depth, but had good detail. On the song, “All Due Respect” by Run The Jewels, I found that the bass was a little shallow, and lacked a little detail, but all in all performed well. However, because of the immense amount of sounds in it, the O2 began to sound cluttered and stressed under the conditions, luckily though, it kept up with the most important part of the music: the rappers, El-P and Killer Mike.

I found the midbass to be very enjoyable on the Objective 2, listening to the song, “On Repeat” by LCD Soundsystem, it hit very well, and was very tight. I liked the bass on the O2, especially the midbass, which always kept me coming back for more.

Next, on the song, “Had to Hear” by Real Estate, I found that the soundstage was a little closed in, I felt like it could have had more space to it. Nonetheless, the imaging was good as guitars strummed throughout the headphones.

Moving on, the mids on Kendrick Lamar’s, “F*ck Your Ethnicity” were detailed, but were a bit behind the beat in placement, and made it a little hard to hear the rappers voice. The problem of clutter came up again, as a lot of instruments are featured in this song.

One thing I found while testing the O2 was that if I wanted to enjoy the most out of it, I had to give it songs that weren’t too complex, and to focus on more acoustic tracks, and various other songs that didn’t have too much going on.

My answer to this? Sufjan Steven’s recent release, Carrie & Lowell. I love this record immensely, and I found that the O2 did it complete justice. On the opening track, “Death With Dignity” the song was detailed, upbeat, and very clear. I ended up listening to the whole album, and I enjoyed every second that passed through my ears. Another song that came to my mind was, “Strawberry Fields Forever” by The Beatles, I’ve been on a Beatles kick lately, thus I thought to incorporate it into a review. I found that the song was funky and detailed, with John Lennon’s voice singing smooth.

Moving onto highs, I discovered a large problem with the O2 here. The highs were very forward, to the point of being a little uncomfortable to my ear. Bringing up a previous song, “Had to Hear” became harsh when a cymbal came into the music, making the listen a little painful to the ear.

For the second part of my review, I will be talking about the Paradox and O2 combo, and it’s sound that was presented through a 50 ohm, planar headphone. I used the 2.5x gain.

I used mostly the same songs on the Paradox to give a more fair review and to avoid discrepancies in song quality, etc.

The Paradox and O2 combo was a little less enjoyable than the HD650 and O2, as I felt the soundstage was a bigger problem with this combination. Nevertheless, less complex tracks appeared beautifully, ready for me to get encaptured in.

Furthermore, on the song, “Had to Hear”, I found that while, once again, the bass was detailed, it lacked the depth that I kept searching for. However, the midbass was the same as before, detailed, tight, and quick-hitting. Also, I found James Murphy’s voice on, “On Repeat” to be visceral and with a lot of detail.

Here is where soundstage became a bigger problem, on the song, “F*ck Your Ethnicity” by Kendrick Lamar, it felt more closed-in than the HD650 did, and the rappers voice appeared to be more drawn back than before, making him hard to hear. In addition, the song, “All Due Respect” by Run The Jewels also appeared cluttered, but the rappers voice, detailed and full, along with the midbass bumping, made up for it, creating a thoroughly enjoyable song.

Moreover, Sun Kil Moons, “Pray for Newton” was fantastic, the acoustic guitar and Mark Kozolek’s voice sounded great, with gobs of detail present in the recording. Additionally, I listened to Sufjan’s album, Carrie & Lowell again on the O2 and Paradox

combination, and was once again taken back from what I heard. It was an emotional and tense listening, with all the right amount of detail present.

On the highs, I found that the same problem existed that did with the HD650s: far too forward of highs. The song, “Bring Me Your Loves” by St. Vincent was a tough to listen to, as it was quite harsh on the highs.

In conclusion, I found the O2 to be very sufficient for a lot of recordings, but lacked in some. It is a beautiful piece of equipment on the outside, and performed admirably on the inside. Its extremely analytical sound kept me on my feet for details to look out for, as it was able to pick them out with ease. At the low price of $129, I have no hesitation recommending this amplifier to anyone, a beginner, or even an experienced audio lover