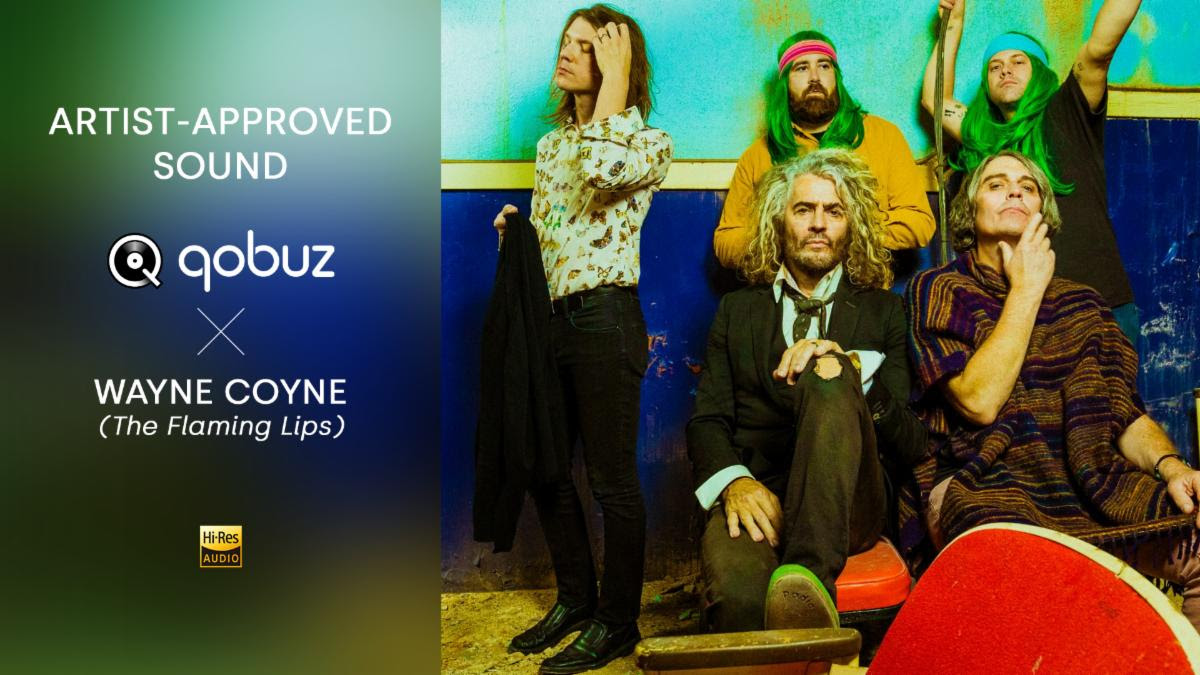 Wayne Coyne, leader of Grammy award-winning American rock music icons The Flaming Lips is partnering with music streaming and download platform Qobuz to spread the word about its unique offerings and pioneering studio audio quality. As a creator of infinitely complex musical productions, and as a fan of the high-quality presentation Qobuz provides his work, Coyne is excited to become their first official Artist-Approved Sound spokesperson.

Watch excerpts from Wayne talking about why he likes Qobuz here: youtu.be/9QWM8zH2vQU

Coyne will serve as an artist ambassador for Qobuz, appearing in a number of video pieces to be released over the next 6 months. He’ll be curating playlists and engaging with the acclaimed Qobuz editorial team on a number of initiatives. The Flaming Lips discography on Qobuz is available to stream and download in Hi-Res or lossless quality on Qobuz: http://qob.uz/the-flaminglips

Wayne Coyne said “It’s always cool to be working with someone who cares about quality sound. Qobuz helps make the thick, complicated, nuanced arrangements and music come through better. Qobuz reminds me of listening to my favorite college radio DJs in the early 80’s, who really knew their music and cared about turning us on to it.“

Dan Mackta, Qobuz USA Managing Director, said ”The Flaming Lips are one of my all-time favorites so it’s really thrilling to be able to work with Wayne. Music fans who love them are definitely the type of listeners who appreciate our approach to artists, albums, and quality.”

Watch this space for more on Coyne, the Flaming Lips, and Qobuz.

Founded in 2007, a pioneer of high-quality sound, Qobuz is the French music streaming and download service that meets the needs of demanding music lovers and audiophiles. Available in 19 countries around the world, in Europe, USA, Australia, New Zealand, and Japan (Hi-Res download service only). Qobuz offers an exceptional range of exclusive editorial content written by a team of experts. With its catalog of more than 70 million tracks, Qobuz also has the richest choice of high-resolution (Hi-Res) references on the market. Qobuz is licensed for Hi-Res Audio by the Japan Audio Society (JAS). For more information, visit qobuz.com