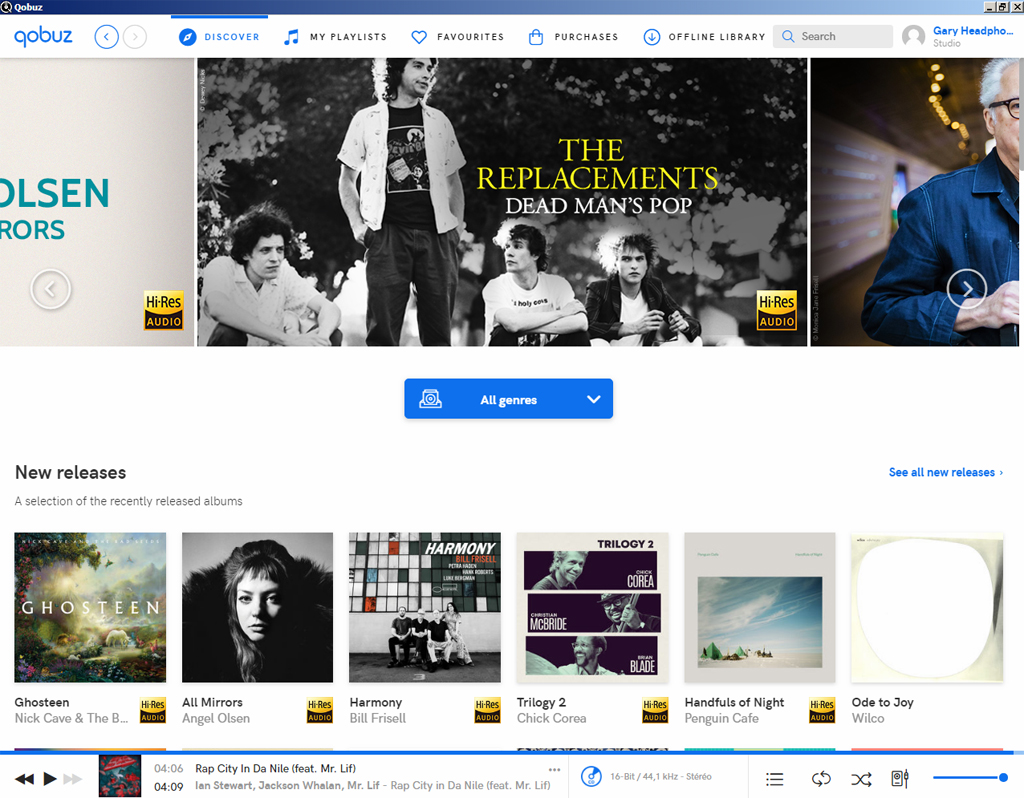 I am rather late to the streaming bandwagon. That is to say, I have not had much interest, and haven’t liked what is on offer. I played with Pandora when it first came out but was sorely disappointed by their limited library, poor sound quality and huge bandwidth requirements, so I quickly returned to DAPs as my mobile music source, as even then, my personal library was larger, and I was simply looking for music I didn’t already own. Eight years ago, I released an album on iTunes and Spotify, so I was introduced to Spotify and Rhapsody (now Napster) at that time but wasn’t much impressed mostly to do with sound quality. And when I became involved in Personal Audio, many of the manufacturers were using Tidal but I personally didn’t like their interface, and at the time only a small portion of their library was offered in full standard resolution 16 bit / 44.1 kHz, much less higher resolution formats. When they did opt-in for higher resolution, they went for MQA which of course requires specialized hardware to even use.

Then came Qobuz. At launch, most of their library was already CD quality with a large library of higher resolution formats up to 24/192 kHz. Their interface, which can be downloaded as an App or run in a browser, is much more intuitive and user-friendly. It is easy to find songs or artists or albums, create your own playlists, and ready hints to similar artists are always at hand. I have spent hours, just browsing through similar artists starting with a single song. And their premade playlists, cover a wide range of genres, not just what is currently pop.

One really nice feature is that you can download songs to your phone when connected to WiFi for listening when you are on the road where bandwidth is precious.

But the real story is their library. Over the past six months or so, I have discovered reams of artists like Egg, Emily Capell, and the Don Shirley Trio, and been able to listen to many favorites that never made it into my personal collection which veers heavily into the eclectic. And the stock of high-resolution recordings is epic and building daily. If you have a current model DAC and want to hear what the real difference is in high-resolution tracks, you need to go no farther than Qobuz.

Qobuz is the Audiophile’s and the Music Lover’s Streaming Service.

Finally, I can stream music and listen to it at all its full bandwidth glory! Congratulations to QoBuz…You have made a lot of music lovers very happy – Jason Miles