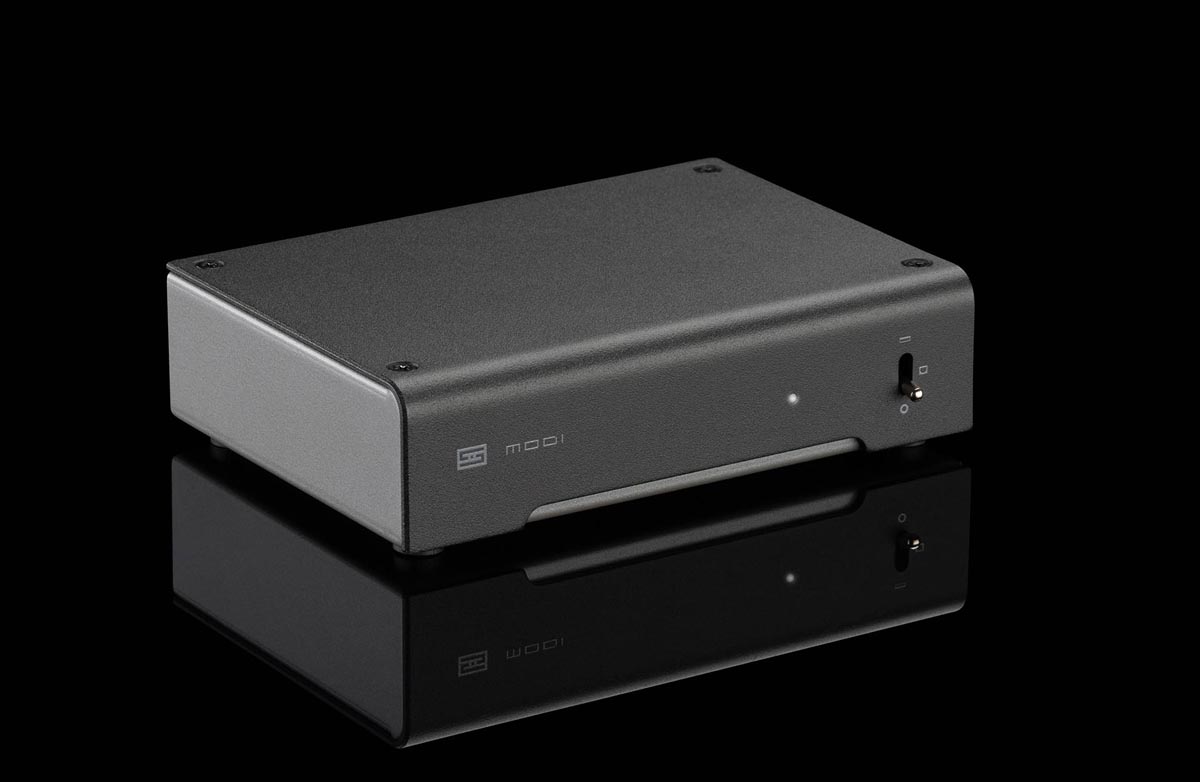 “Modi 3+ sounds simple,” Mike Moffat, Schiit’s Co-Founder, and head of digital development, said. “It’s a Modi 3…with Unison USB, our own USB interface that took two person-years of development to complete. But it also has a few more tricks that improve performance even more than Modi 3—so it’s our highest performing Modi, ever.”

Schiit’s Unison USB is a unique UAC2 interface, developed over two person-years to deliver the highest-performance digital interface for PCM audio. Debuting on Schiit’s more expensive True Multibit DACs, from Bifrost 2 to Yggdrasil, Unison USB recently appeared on the $199 Modius is now standard in the $99 Modi 3+.

“Unison USB is designed to do one thing very well,” said Mike Moffat. “And that is to transport PCM audio over USB using UAC2, the accepted standard for USB audio transmission. It is plug and play with literally all modern operating systems.”

Like all Schiit products, Modi 3+ is both designed and built in California—for real. As in, the vast majority of cost in each product goes to US companies manufacturing in the USA. Schiit’s PCBs are made about 15 miles away from the Valencia headquarters, and the chassis are made 3-10 miles away, depending on product.

Modi 3+ is available at Schiit.com today in both black and silver finish.

Founded in 2010 by Jason Stoddard and Mike Moffat, Schiit has grown into a leader in affordable high-end audio, with a wide range of products spanning DACs, amplifiers and preamplifiers, and headphone amplifiers, from $49 to $2449.