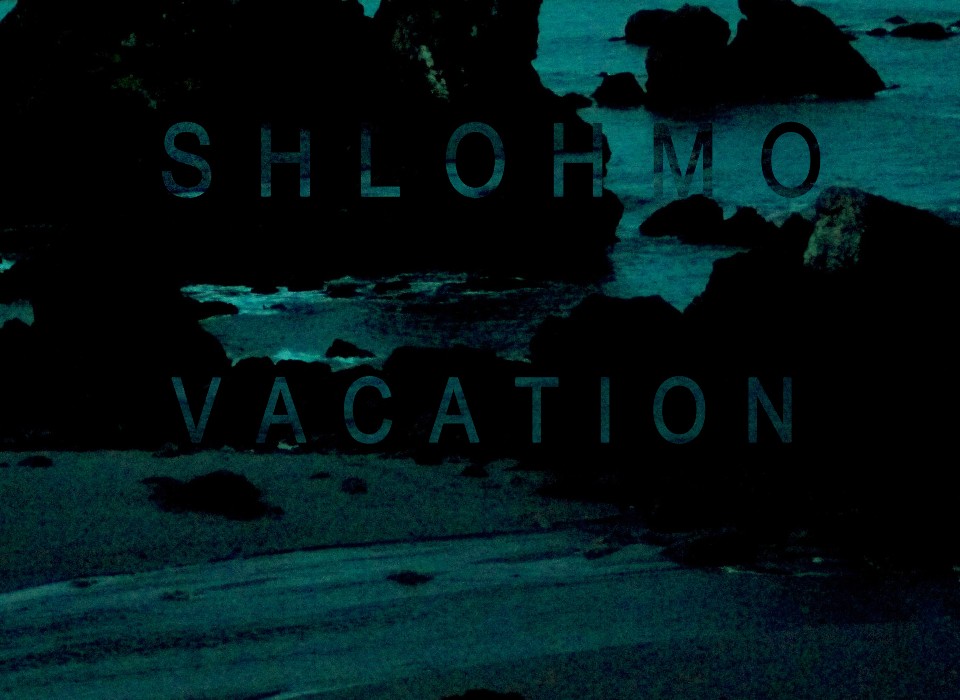 Shlohmo has created some of the most interesting music of the twentieth and twenty-first centuries. That’s a huge statement, but I believe it. The mad combination of his keen senses for wild spacial arrangements, and the willingness to add a dash of funk in the most unlikely of places coupled with an obvious love for his craft makes his music infectious. You can feel the soul he digs for in the pit of your stomach on the Vacation EP. You know, that face you make at your buddy at an underground warehouse party when the bass drops on a sick sound system: You tighten your face, squint your eyes, pump your fist, and say “fuck yeah.” Now, don’t let that mislead you. Shlohmo’s music is not fast. It’s future soul, laid-back organic grooves hovering in an electronic universe. The feeling I’m referring to is that same feeling that makes you say, before you have to turn the stereo off, “okay, one last spin”. That’s how I feel when I listen to Shlohmo’s music. I feel calm, serene. This is not music I can hear without bobbin’ my head at some point no matter what I do. This is chill music for the consistently unimpressed, those that can’t help but seek anything but top 40 bullshit. “The Way U Do” is a slicked-back dirty groove. This sounds like a sliver of what the adventurous Herbie Hancock would do if he was Shlohmo’s age today. The bass is dubby and fluid. It’s also seemingly distorted on a system that’s not revealing, but on a resolute stereo the record comes alive straight out the gate on this track. There’s a laid-back guitar solo, or at least it’s a sampled guitar solo, that’s just get-down and funky. Now, knowing Shlohmo and his amazing usage of unexpected sounds, I could be wrong about anything I identify with in this review! Same with the flowing, synth-bass heavy “Rained the Whole Time”. Now, again I’m not certain of this, but given the title, and what “rain” means to those of us who’ve lived in the streets (where letting it rain means a hail of bullets) one of the kickdrummy, clicky samples is the sound of a semi-automatic pistol being cocked. The way he sat it back in the track, giving things a sway, making it the back-bone of the arrangement is brilliant. Combine that with an almost non-stop hovering satiny bass-line, floating alien bleeps and blips, wrapped in this silky smooth ambiance and you’ve got a picture of this sonic joyride. Crank this up in your headphones. It’s great no matter how you spin it. Perhaps I felt a disclaimer was necessary earlier while trying to formulate a context for which to describe Shlohmo’s music. When you’re dealing with genius like this, given their contributions to a rapidly expanding art-form, it’s necessary to grasp at something to give it present-day context. Music like this is timeless, it will always sound modern, like “poeme electronique”; written for the 1958 Worlds Fair in Brussels. Play that today and it still sounds like outer space. That doesn’t mean it’s easy to compose an interesting piece of experimental modern music that feels original, while spitting in the face of the avant guard. Shlohmo’s got that magic touch. His tunes are forward-thinking but laid-back in composition. That’s what side A of this EP sounds like: My generation kickin’ back at the club at sunrise; the DJ bringin’ the vibe down so we may catch a break for a minute. It sounds like the collective breath we’d all share after a night of giving it all we had on the dancefloor. You’re smiling ear-to-ear, the sun’s crept over the horizon and you’re talking to your friends about getting breakfast. If those are memories that sound anything like yours, I highly recommend checking out Shlohmo’s music, especially this and his Places EP. Side B’s got some remixes for you. Airhead delivers a subtle, but powerful ambient rework of “The Way U Do” with a swooning bassline that’ll hit ya in the knees. The guts of the track are surrounded by echoing vocals, the seeming sounds of clocks and who knows what else, but it works. It’s butter. This is perfect latenight driving music. Nicolas Jaar’s remix of ”Rained the Whole Time” closes the record. The intro is a refreshingly acoustic-sounding landscape, especially the drums. It’s got electronic elements as well, that drop out of nowhere a minute and a half into the track. All of a sudden everything changes. I love it when that happens. The low end drops and you’re checking for all the rattles in your listening space! Fans of experimental electronic music should definitely give this a spin. Take a break from your every-day and lose yourself in this. You won’t regret it.