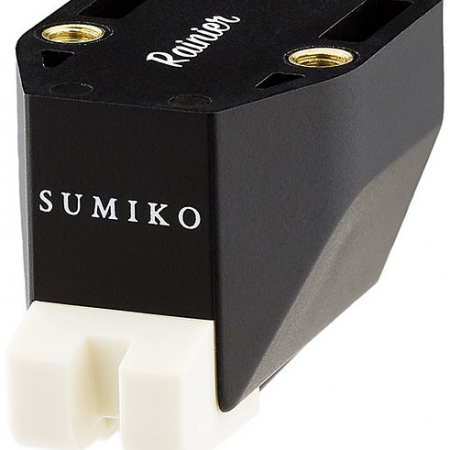 When I was kid in elementary school, one of my favorite times was when I had the chance to order books form the Scholastic Book Club. The teacher would pass out a little pamphlet with books to choose from, you would check the boxes of the books you wanted, then presto, they arrive about a month later. Of course, my parents would have to pay for them, but they were so cheap! By the time I was in Junior High, I had a quite nice little library. One of the books I had in my collection was entitled “Happiness Is A Warm Hug”. When I started writing this review, I remembered this book. I’ll get to that later.

Sumiko, of course, is one of the standard bearers of the analog world. Since the 1980s they have been making both moving-magnet and moving-coil phono cartridges of extremely-high quality. Their iconic Blue Point Special set the standard for a reasonably-priced Moving Coil (MC) with top-of-the-line performance. So, when Enjoy the Music.com‘s Creative Director Steven R. Rochlin asked if anyone was interested in reviewing their Rainer moving magnet (MM) new phono cartridge, I responded, “Hell Yes!”. Ok, maybe not like that, but I thought it. I did have a wide price range of cartridges to choose from in both the MM and MC varieties. Sumiko has several new products in their Oyster line. I chose the Ranier because of its reasonable price of $149 and the MM design fit in with my system. I also believe that lower-priced offerings of a line are a bargain-hunters dream, since they have much of the same DNA of their pricier siblings.

As I said, the Ranier is a MM cartridge is part of the Oyster Line. The Oyster Line contains Sumiko’s price-conscious offerings. This line is a mixture of MM and MC cartridges; all are high output except the Blue Point Special EVO III low-output model. In this line there are seven moving magnet cartridges, four of which have been recently introduced. These four are the Amethyst, the Moonstone, the Olympia, and the Ranier. The Ranier is the lowest priced of the four new members to the family. All of these cartridges share many similar features. Besides being all moving magnets, they all have the same body type, pure copper wiring, same mass, tracking force and load impedance. As you go up the line, the big differences are in the cantilever and stylus shape.

While Ranier and Olympia have aluminum pipe cantilevers, the Amethyst and Moonstone are made of thinner 0.5MM aluminum. The stylus shapes also increase in complexity as you move up in price. The Ranier has an elliptical stylus, the Olympia and Moonstone share the 0.3 x 0.7 micron elliptical, and the Amethyst has a nude Line-Contact. The cantilever/stylus assembly for the bottom three are interchangeable, so you could upgrade if you wished. The Amethyst has a completely different generator assembly.

One of the fun aspects of reviewing is opening up the box to see what is inside. An important aesthetic aspect of Japanese culture is presentation. The Ranier has this in spades. It comes in an elegant miniature wooden box that had a beautiful fragrance. Multiple screws and washers are with it to find the perfect fit. Even though the Ranier is the a lower-priced offering, it gets the white-glove treatment. Once I got the Ranier out of the box, I realized something; I’d never mounted a cartridge myself. In the past when I’ve bought cartridges, I’d always brought my turntable in for the seller to mount it. Luckily there all kinds of websites out there to help. Lucky for me Enjoy the Music.com has a free cartridge alignment protractor, plus an Excel spreadsheet to make a custom protractor if you so desire. I printed it out and set things up. No problem.

Before I move on to the review, let me explain my vinyl setup. I have had the same turntable since the early eighties, a Yamaha P-350. It’s a belt driven semiautomatic. I’ve modified it over the years with an upgraded mat and wiring, and tonearm wrap. All of these, especially the tonearm wrap, cleaned up the sound quite a bit. I also use a homemade record clamp made of mayo lid (I told you I was cheap). My phono stage is a Creek OBH-8, which I purchased in the late nineties. It is clean and balanced and I’ve never been in a hurry to replace it.

Also, let me discuss my relationship to vinyl. I’m actually old enough to remember music before there was digital. I have bought 200 LPs myself. I’ve also inherited some over the years, so now my collection is well over 400 albums. I even have some 78s I’m not sure what to do with right now. So, while most of the music I listen to now is in a digital format, there are times when I pull out the vinyl to take a trip down memory lane. Unfortunately, some of them are pretty well played, so pops, clicks and inner-grove distortion do play a part.

The Joys Of Music on Vinyl LP

It’s funny how one’s mind works. Even since Amazon started their “Give a Little Bit” campaign, I’ve been craving the Supertramp’s original. Luckily for me, I have “Even in the Quietest Moments…” [A&M SP-4634] on vinyl. Supertramp’s albums have always been well produced and this one, even in a non-audiophile pressing, has always stood out. “Give a Little Bit” is one of those great songs that starts with a simple beginning and builds as it adds layers to the very end. It starts simply with two 12-string guitars in both channels playing the same chord progression and Rodger Hodgson’s vocals front and center.

After the first verse, Hodgson’s vocals are doubled and the drums and bass kick in. Then at the break, the rest of the band joins in the fun as it continues to build from there. At the end Hodgson’s vocals and the 12-strings are layered across the soundstage, with keyboards, saxophone and electric guitar. What’s not to love about that? So, what about the Rainer? Hodgson’s vocals where pure and sweet, the twelve strings came across as full–bodied instruments, the bass was strong and deep, and the drums impactful. Even as the song added more layers, the Ranier refused to homogenize them, keeping them separate, but still part of the same cloth. In other words, musical. That was fun, let’s go to another one.

My original pressing of Genesis’ album Duke [Atlantic SD 16014] is definitely not an audiophile pleaser. For some reason it’s on the hot side (boosted high frequencies), over compressed and lacking any real low bass. I’ve known that for a while, but I still love the music, so who cares? The opening track “Behind the Lines” has Genesis sounding like a band who has been playing together for over ten years. Talk about being in the pocket! Phil’s drums are speaker to speaker and makes you wonder how many cymbals he has on his kit. Tony’s keyboards are triumphant and stirring. Mike does double duty on bass and guitar and shows off his chops on both instruments. Who said prog rock was boring?

Speaking of prog rock, one of my favorites from ten years earlier is Yes’ The Yes Album [Atlantic SD 19131]. Arguably one of their best albums, it features, for the first time, the amazing guitar work of Steve Howe. Howe brought a new energy to Yes that they lacked in their first two albums, which would eventually propel them to bigger and better things. Listening to this album with the Ranier, I picked up some of the interesting tricks in Eddie Offord’s production. “Starship Trooper” is my favorite track on “The Yes Album” and I noticed some things I’d never picked up before. The song starts with Howe’s guitar up front on the right channel, Squire’s bass up front on the left and Bruford’s drums across the back. Anderson’s vocals are double tracked with no reverb in each channel. In the break between the two verses, Anderson is front and center. Then at the second verse, Kay’s keyboards kick in and Anderson’s vocals are thrown to the back with tons of reverb. The Ranier makes all clear as day.

Let’s switch gears for a minute. How about Brahms 4th Symphony by Bruno Walter and the Columbia Symphony Orchestra [MS 6113]. In the recordings Bruno Walter did for Columbia, he used a hand-picked orchestra. Those days are long gone! Some audiophiles sniff at these recordings because they are not the sonic quality of the RCA’s and Mercury’s of the same time period. I’m actually not that picky. I know the string sound is a little on the screechy side and the soundstage isn’t “correct”. In my old age I seem to care less about these things. I’m listening to the music. Walter had this orchestra locked in tight. The 4th symphony of Brahms as always fascinated me. It definitely is the work of an older man who isn’t trying to impress anyone anymore.

What makes this piece so difficult is that the tempos vary a great deal. In some spots, one could say they slow down to glacial. If a conductor isn’t careful, things can start to drag in places. Believe me, I’ve heard performances where this has happened and it sounds like the orchestra has undergone zombification. Particularly tricky is the retard midway through the last movement. At one point there is just a flute, violins and French horn meandering through a delicate melody. Walter and the Columbia Orchestra are on top of it the whole time. You definitely can tell that the players know this music and looking at Maestro Walter more than their scores. Music performed with such commitment is always such a treat.

At this point you’re probably thinking, “Wait a minute, I thought this was an equipment review, not a music critique”. Yes, you are right, but that’s the point. The Ranier is a very musical cartridge. Timbres are rendered faithfully. The rhythm and pace never feel discombobulated. Instruments and voices have a three-dimensional feel. The Ranier gets so many things right that it makes you wonder what mysteries Sumiko’s more expensive cartridges can reveal.

Quite a few years ago, a friend of mine from church had his visiting teenage niece come and play violin for services that Sunday. After the first couple of notes, you could hear that she had “it”. That feel for the instrument. Her violin produced that beautiful rich tone that transports you to another dimension. I never did hear her play again, but as far as I know she has had a successful career in music and plays in the San Francisco Symphony.

Some people just have “it”. The Ranier has “it” too. This doesn’t mean it adds something to “prettify” the sound. It just lets the great tone of a fine instrumentalist or vocalist shine through. That’s the warm hug. I had never listened to a Sumiko cartridge before, but now I understand what all the fuss is about. This whole experience has started me itching to upgrade my whole analog front end. But I’m not in too much a of hurry. With the Ranier in place, it sounds superb right now.