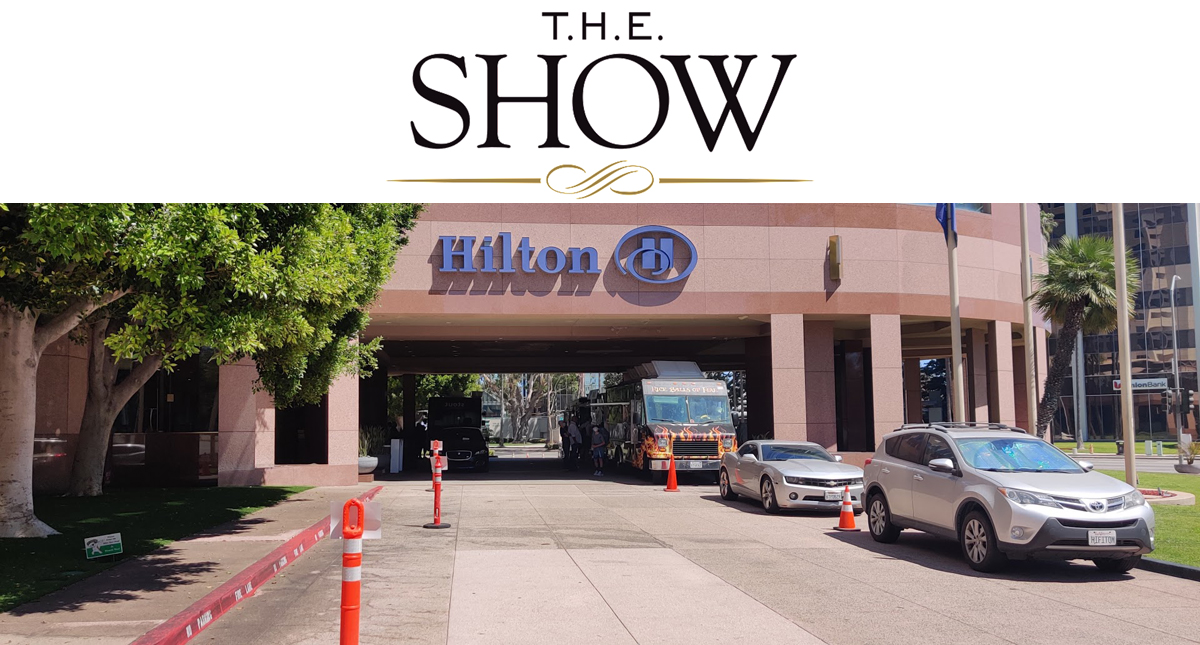 Many, many years ago, I was part of a group of Manufacturers who participated in the very first “The Home Entertainment Show” in Las Vegas, known affectionately as T.H.E. Show, so I thought it only fitting that after over a year of no HiFi shows that T.H.E. Show would be the first to return and something that I could not miss. Despite a bit of trepidation on the part of all, T.H.E. Show 2021 felt like a complete success. Traffic was high, and everyone I spoke to was pleased with the attendance and the show in general.

An interesting company out of Mexico was Margules and my favorite overall due to their emphasis on aesthetics and history as well as producing one of the best sounds at the show allowing you to buy a world-class system without breaking the bank. A company with over 90 years of history they offer another full system product line with stunning aesthetics both physically and audio-wise, starting with their very intriguing TT-10 Turntable ($2,900), Magenta Fz47 Phono Stage ($900), Kin Integrated Amplifier (TBA), Magenta ACRH-3 Tube Hybrid Integrated Amplifier ($4,000), QR-2 Line Noise Suppressor (TBA), I-240 Tube Integrated Amplifier ($6,000), Magenta SA-2 Speakers ($4,800), and Magenta Monitor Speakers($2,500). ANA® (Acoustic Neurologic Alignment) is a design philosophy focused on how we as humans process and perceive sound, prioritizing the harmonic structure over the fundamental tone. I was also really intrigued with their display of rare original Led Zeppelin posters.

One of the more interesting speakers at the show was the MC Audiotech Forty-10 ($35,000 pr.). While the top midrange/treble panel may appear to be an electrostatic panel, it is, in fact, an array of 10 MC Audiotech Wide Band Line Source (WBLS) Transducers which employ dual hemicylindrical diaphragms driven at their junction by a vertical wire loop located between a twin magnetic gap “voice coil” system. This sits atop a “Folded Cube” woofer which uses 2 18” Drivers. The system is meant to be bi-amped utilizing the included outboard passive crossover unit (labeled as a Low-Frequency Controller implying the Array does not need any crossover). For display purposes, the speakers were driven by an LTA (Linear Tube Audio) MicroZOTL Preamplifier ($5,750) and LTA Reference 40 Amplifier ($6,800). A Weiss DAC 501 Processor ($8,995) and Wolf Audio Systems Alpha 3 Music Server (price withheld). Frontrow Cables were used and a Parasound Halo 23+ Amplifier ($1,595) was on hand.

One of the more fun rooms was Wayne Carter featuring a full display of vintage audio gear including a pair of Waveform Mach 13 bi-amped loudspeakers with their electronic crossover, a pair of JBL Atmos 13” woofers, Lazarus H-1 and 200/200 tube hybrid amplifiers, a Nikko Alpha 1 amplifier, and a Vandersteen WX-4 electronic crossover. Also proudly displayed was an original ‘70s vintage Maxell Tape poster. It was quite a treat to see the Lazarus 200/200 in use as it brought up great memories of one of my favorite systems I used to own.

On a Higher Note/Voss Luxury Audio

Best sound of the show goes to my old friend and industry veteran Philip O’Hanlon from On a Higher Note who teamed up with Voss Luxury Audio to demonstrate his Graham LS5/8 Loudspeakers ($14,000 pr.) with a pair of Townshend Maximum Supertweeters ($1,500 pr.) which were driven by the Voss Steve Keiser Design Magnum Opus Stereo Amplifier ($80,000) via the Voss Vitra Reference Linestage Preamplifier($50,000). A SonoruS/Revox PR99 (Not Specified) running through a Merrill Audio Master Trident Tape Head Preamplifier ($19,000) was used as source and everything was elegantly displayed in Artesania Audio Racks. On display but not used was an Emotiva ERC-4 CD player ($599). Audience power conditioning was used throughout as were Gryphon cables. The sound was breathtaking as one was reminded what it was like to listen to the original master tape. Also to be noted was the excellent VOSS water being personally handed out by Philip.

It was hard to tell whether Tonian Labs was there to demonstrate their Orianco G6 monitor speakers ($3,500 pr. with stands) or their CDs. For electronics, he used a Denon PMA-1600NE integrated amplifier ($1,699), a DCD-1600NE CD player ($1,299), and a vintage Marantz CD player. Also on display were a pair of KEF LS50 Speakers.

I really loved the aesthetics of the Heavenly Soundworks FIVE17 tri-amplified active loudspeakers ($10,000 pr. plus $1000 for the matching stands), the combination of fine wood and leather adds a significant elegance to what is otherwise a rather conventional box speaker. And of course, the sound is glorious.

AGD Productions’ solid-state amplifier in a vacuum tube is nothing if not unique. To be specific they are Gallium Nitride power MOSFET Class D amplifiers built into KT88 (GaNTube TM  KT88 MKII), and KT120 (GaNTubeTM 120KT) tubes. Ocean Way Audio Eureka loudspeakers ($12,000/pair with stands) were used powered by AGD Gran Vivace monoblocks ($18,500/pair) with the AGD Andante Preamp/DAC/streamer/Phono Stage ($12,500) as source. Also on display were a pair of AGD Audion monoblocks ($7,500) and a pair of AGD Audion SE monoblocks ($8,300 – comes in a polished finish).

In T.H.E. Marketplace I encountered a new up and comer Auribus Acoustics. They were showing a prototype of their new unique Dynamic Driver Headphone which is slated to be priced between $650 and $850 and will be a bargain at either price point. The build quality of the prototype was exemplary and the sound was surprisingly good.

Awedyo Audio is a local dealer who is importing high-end Chinese brands directly from China. I was able to record a short video with him introducing his product line so rather than belabor the point, I have included it here.

There’s not a lot I can say about Jamie Audio Speakers ($9,800) since they were not set up for listening other than they are pretty, and that they have an aluminum woofer and titanium tweeter, built-in isolation feet with contoured spikes, and unusual binding posts.

T.H.E. Marketplace had the usual mix of Record Dealers and associated accessories such as wall art depicting famous musicians and just to show a bit of the unusual there was an Opatra London booth demonstrating their Synergy Non-Surgical Facial Lift Skin Care Device.

And that concludes my coverage of T.H.E. Show 2021 an exciting beginning to what I hope will be a great year for audio.