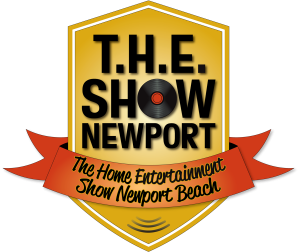 Back at T.H.E. Marketplace, I ventured into Manley Labs a “rare air” signature tube amplifier company who migrated into pro audio. As a first step in returning to the consumer market, Zia Faruqi designed an extremely distinctive high performance tube headphone amplifier (The Manley Headphone Amplifier – $3,500). It features a switch-mode power supply, 3 load settings, a 24 relay ladder volume control, a three band EQ and overload protection. A truly unique extra is the variable Negative feedback control allowing you to adjust to source, headphone and personal taste. The Manley Headphone Amplifier is the first amplifier I have heard to make the HiFiMAN HE-1000 headphones truly sing.

Moving on to Cypher Labs who were showcasing their C6iemV2 triple Driver earphones ($599) which are very attractive in their 3D printed case with carbon fiber back and offer 3 balanced armature drivers. A step up is their Austru IEM ($899) which supplements its triple balanced armature transducers with a 10mm dynamic driver. Uniquely, filter change is achieved by the flip of a switch. On the amplifier front they had the Cypher Labs Damon Coffman signature Prautes ($3,900) true Push-Pull (balanced output) Tube Headphone Amplifier, which utilizes New Old Stock tubes (pre1970) and has five separate output impedances to match with any IEM, headphone or even loud speakers.

Audioquest was on hand with their new Beetle DAC ($199) capable of connecting via USB, TOSLINK, or wirelessly via Bluetooth. Also on the block was the Audioquest Niagara 1000 ($995) Low-Z Power/Noise-Dissipation System. With high current capabilities of up to 1800 watts, a great complement to any personal audio system.

64 Audio’s ADEL Technology is designed to not only improve sound quality but to protect your hearing by relieving the internal air pressures between the IEM driver and your ear drum caused by the seal, without letting the low frequencies to escape. The 64 Audio A12 IEMs ($1,999) contain an increadible 12 balanced armature drivers employing a Quad Bore design, creating a large soundstage, while the ADEL Technology helps maintain phase linearity.

The word at MIT is Vero. Vero is their new personal audio series of products, including the new Vero HC-AB-50ex battery powered Class AB Headphone Amplifier ($3,500), producing 50 poles of articualtion via MIT’s Multipole Technology, an update of the Vero HCA 50ex (29 poles). The Vero HC-AB-50ex’s 72 hours of battery life mean that the sonic advantages of a pure DC power supply is not compromised by inconvience. Also for consideration was MIT’s Vero filter Dongle available in Bass ($299), Full Range ($299) and Reference ($499) intended to increase efficiency, sound stage and center (forward) imaging (three dimentionality).

Darin Fong Audio, if you haven’t heard Darin Fong’s Out of Your Head software, you have missed a game changing experience. He has programed the parameters of different listening environments and speakers into his software permitting you to step into those environments, albeit subject to the limitations of your headphone system. And now he is offering a Low Latency Gaming Version ($25).

Darin Fong explaining his Out of Your Head software to show attendees.

Show attendees experiencing Out of Your Head software on diverse systems.

Though not strictly speaking an audio product, one of the most interesting accessories on the floor was Ergo21. Said to be better than air, foam or even gel, these ergonomic seat cushions have liquid filled membranes incorporated into their design, boasting 150% improved blood flow, for long hours of comfort while listening to your favorite tunes.

My last stop in T.H.E. Marketplace was Sennheiser who captured a fairly large area in the front right corner of the ballroom. On exhibition was their array of high-end and home audio headphones, including the HD 630VB ($499.95) with built in bass control and their new flagship dynamic headphone the HD 800 S ($1,699.95) as well as the HDVD 800 Headphone DAC/Amplifier ($2,199.95).

In the foyer of the Grand Ballroom was an old style hobbiest booth manned by VKMusic.CA, presenting DIY amplifiers, CD players and even speakers.

These speakers were assembled during show set up.

Also in the foyer, Mytek caught my eye instantly by including a phono stage in their new Brooklyn DAC/Headphone Amplifier/Preamp ($1,995). The Brooklyn offers dual single ended headphone outputs that can be converted to a single balanced output with a simple adaptor cable. While Mytek has long been known for their DACs, the opportunity to listen to an all analog set-up was un-passable, and the Brooklyn did not disillusion, presenting a most refreshing performance from the Audeze LCD XCs.

Another entry into the inexpensive headphone arena is Base-Audio. Their Reflex G7 Headphones ($300) are designed for the growing DAP and portable amplifier market. They are well built (U.S. made) and comfortable and certainly worth an audition.

My last stop of the show was Nordost. Amongst their extensive line of cables and accessories, Nordost offers 2 models of headphone cables, the Blue Heaven ($399 for 1.25 meter) part of their Leif series which come in an exhastive array of single ended connection options and for those who want the very best, Heimdall 2 ($799.99 for 2 meter) from the Norse 2 line, offer a selection of balanced connections.

The final act of T.H.E. Show Newport 2016 was the product giveaway drawings, with President/Founder of the Los Angeles Orange County Audiophile Society Bob Levi announcing and Marine Presson and Maurice Jung of T.H.E. Show drawing the names. And then all too quickly it was over leaving us to fondly look forward to the next show.