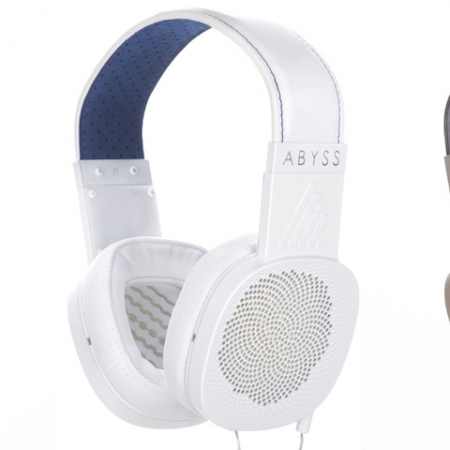 When I first heard a prototype of the Abyss Diana headphones last October, the final voicing had not been finalized, but what I heard really impressed me! This audition was immediately after hearing one of my very favourite flagship headphones of all time (the Abyss AB1266 Phi) immediately prior to them and as a result, these headphones really got my attention! What I noticed immediately was the outstanding attention to detail in terms of the build quality and included accessories, and as soon as I put them on my head, they seemed as light as a feather and were very comfortable as well. Then when I first started listening to them, I was greeted with an expansive soundscape that was both balanced and extremely transparent. This quick 15 minute listening session was certainly more than enough to pique my interest in these new headphones. So when the founder of Abyss Headphones, Joe Skubinski contacted me early this year about a review, I jumped at the opportunity!

As soon as UPS delivered the box containing the Diana headphones, I quickly got to work on opening it up and seeing what the designers had settled upon for the final version. As soon as I opened the package I was greeted with a wonderfully luxurious pair of headphones and accessories. Everything from the brilliantly thought out dual-zippered canvas and leather storage case to the beautifully hand crafted Diana headphones really impressed me! Included where two detachable 1.5m (5 ft.) headphone cables: a single-ended 3.5mm cable and an option of either a 6.3mm or 4 pin XLR balanced cable. Knowing that Abyss Headphones is also under the same organization that sells the well renowned JPS Cables, the quality of these cables (like the ones on the AB1266 Phi flagship headphones) is truly top shelf. But unlike their bigger brother the Abyss Phi, the Diana headphones do give you a choice in three colours: white, black or coffee. All three look great in person and it’s great to have options in life.

The use of aircraft grade aluminum and leather really helps these headphones “pop” and stand out from any other high end portable headphone I’ve come across. The hard polymer ceramic finish is what allows for the various colour options and when you hold these headphones in your hands, you really get to feel the care and thought that went into both the design and manufacture the Diana headphones. Not only were these materials selected for their looks and durability, but I would speculate that acoustics would be at the forefront of the selection process. The designers fine-tuned the sound to yield a speaker-like presentation that maximized the overall transparency, and based on my several weeks with these headphones, the folks at Abyss did just that.

The planar dynamic transducers themselves were newly designed for the Diana with the goal of a thin lightweight profile in order to offer a pair of headphones that you can take with you. Even though they are open-backed headphones, I actually prefer to walk around with such headphones as I like to be able to partially hear my environment, just for personal safety. I had some fantastic walks with these headphones around my neighbourhood, and was able to fully get into the sound, while still being able to hear approaching vehicles.

The full specifications for the Diana Headphones are:

As soon as I put them on my head, I was surprised just how easy it was to pull the ear-cups down onto my ears and yet they were still sturdy and firmly affixed to my head at the same time. I’ve never had a headphone with such simple placement that hit the target right off the bat! My first critical listening session, after many hours of burn-in, was with the newly released XI (Eleven) Audio fully balanced Broadway amplifier and my Chord DAVE immediately upstream as the DAC. To connect them, I used my Audioquest Water XLR cables. This balanced amplifier is also sold by Abyss (http://www.theevolutionofsound.com/eleven-xi-audio/) and was selected for its great synergy with both their Diana and AB1266 Phi headphones. With 2 Watts of power on tap, I can confirm this battery powered amplifier can easily drive both of these headphones without breaking a sweat. After plugging in the 6.3mm balanced cable from the Diana headphones into the Broadway amplifier, I very quickly settled upon Billy Joel’s “The Stranger”. This has been one of my favourite albums of all time and Billy Joel is definitely a musical genius in my opinion.

As soon as “Movin’ Out (Anthony’s Song)” started up, I was immediately taken aback by the absolute fidelity to the tonality of Billy’s piano. I’ve often found that the piano is one instrument very difficult to get right for either headphones or speakers. I’ve often found myself disappointed when listening to Billy Joel for this very reason, with many other pairs of headphones. But the Diana headphones literally hit the nail on the head in this regard. Everything from the balance to pitch transported me to the recording studio and gave me a front row seat. The smallest inner workings and details were also laid bare and I found the level of transparency was excellent and among the very best I’ve heard from any pair of headphones (portable or full-sized).

“Pictures at an Italian Restaurant” is my favourite Billy Joel track and when I listened to it for the first time with the Diana headphones, it was as if I rediscovered this classic song all over again. I have to say that the tonal balance of these headphones is spot on for what I consider to be tonally accurate. They offer much of the magic that their bigger brother the Abyss AB1266 Phi headphones have to offer in terms of this balance and transparency, but in a much more transportable form factor. The flagship headphones are the closest I’ve ever got to replicating a 2.1 channel speaker setup, but the Diana headphones conversely are the closet I’ve achieved this with any pair of portable headphones. The bass was wonderfully portrayed and hit hard and deep. The Eleven Audio Broadway balanced amplifier really controlled the Diana’s drivers with full authority and I found this pairing right there with any of the best flagship headphones / desktop amplifier setups I’ve experienced in the past.

I am very happy to report that while these headphones sounded spectacularly out of the 2W that the Eleven Audio Broadway headphone manufacturer could provide, they were able to play extremely well with my portable FiiO X5 Mkiii DAP (digital-to-analog player). The ability to take these headphones with me on walks, to my backyard or travel really helps these headphones stand out from the rest! While they do respond to better sources and amplification, they still sound incredible clear and transparent from lower powered portable devices. “Kind of Blue” by the legend Miles Davis is a top 5 album for me personally and if I were ever stranded on a desert island with a limited amount of albums, this would be right there at the top of the list. Playing a 192kps high resolution version of this recording, the Diana headphones transported me to the recording studio with John Coltrane, Bill Evans and the man himself Miles Davis. The level of openness and transparency of these headphones really grabs your attention almost immediately. Even though these are classified as portable headphones, they rival many of the best full-sized flagship headphones I’ve heard and owned through the years. Having spot-on tonality allowed the Dianas to portray the trumpet, saxophone and piano with the upmost in fidelity and clarity. Simply put, these are among the best balanced sounding headphones around. Sound staging was equally impressive and like their bigger brother (the Abyss Phi), these had the most “speaker-like” presentation I’ve heard from a pair of portable headphones. Throw in incredibly tight and hard hitting bass and leading edge detail retrieval, you literally can have it all with the Diana headphones!

I absolutely loved my time with these headphones. I can confidently say that these are the best sounding portable headphones I’ve ever heard. Certainly not cheap at $2999 USD, the build quality, high-end materials, and world-class sound quality were among the best in the market. Having the ability to enjoy these headphones at home with my Chord DAVE, or taking them with me on walks or to work really sets them apart from the competition. Comfort wise, I could use them for hours and never felt any sense of discomfort. Never resting on their laurels, Joe and his team really have had an impressive one-two punch of product releases with their flagship Abyss Phi and now the Diana portable headphones. In the span of months, Abyss Headphones have released two products that have ultimately made my personal “Top 5” headphones listing; not a small feat to say the least! So if you’re in the market for versatile pair of headphones that you can listen to at home or take with you, but don’t want to sacrifice sound quality, I strongly recommend you check out the Diana headphones by Abyss; you will be impressed, I certainly was!