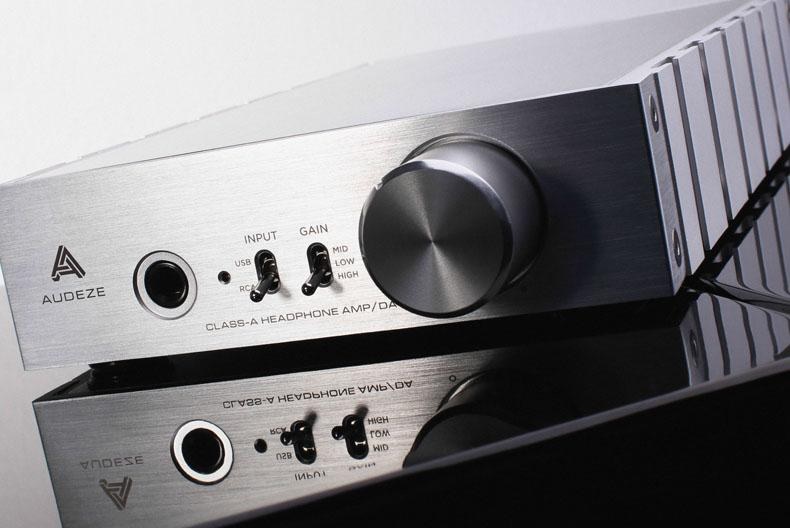 So I’ve been a big fan of Audeze and their revolutionary planar magnetic headphones for many years now. Their introduction of the ground breaking LCD-2s caught the audio world completely off guard with incredibly rich, detailed and ethereal sounding headphones that compared favorably with the very best available at the time; and all this from a small startup company in California. Audeze went head-to-head against some of the most well-known and established companies out there like Sennheiser and Beyerdynamic and competed very strongly out of the gate with the LCD-2s. The release of their new fazor-products more recently like the LCD-3, LCD-X and LCD-XC have continued to show the innovation that Audeze continues in the design of their products. The newly released EL-8 headphones (offered in both open and closed-back versions) has moved Audeze’s product offerings into a more affordable price range. The new lower priced products still have the magic sound Audeze has come to be known for.

When Audeze finally announced the new Deckard headphone amplifier / DAC combination unit, I was excited to really get my hands on it and give it a thorough listen. This is the first non-headphone product that Audeze has released and comes in at an affordable (relatively speaking of course) price point of $699 USD. First off, the build quality is truly outstanding. The workmanship and design that went into this amplifier/DAC is simply amazing; especially considering the budget friendly price point. The brushed aluminum finish and heft of the unit is certainly quite substantial and really helps set it apart from the competition in its price bracket. It really looks great on one’s desktop next to their computer or laptop.

Regarding the internal specifications, the Deckard brings along some very impressive numbers. It can output approximately 4W of power into the LCD-X or LCD-XC headphones all without dropping out of Class A operation. The distortion on this amplifier is low, low, low: only 0.00045% THD+N at 1 kHz (2V RMS). So suffice it to say that I found the Deckard had plenty of juice to fully drive the LCD-X, LCD-XC and open-backed EL-8s with complete ease; regardless of how complex or demanding the recording. The output impedance of the headphone amplifier is only 3 ohms, so it’s more than suitable for headphones from 20 ohms right up to 300 ohms. Heck, even my Sennheiser HD800s sounded incredibly clear and forceful through the Deckard.

As mentioned, the distortion on this amplifier/DAC combination is incredibly low and quite excellent particularly for a product in this price range. Below you can find the actual measurements:

Here are the power ratings for the Deckard for various headphone impedances:

These are very impressive numbers with plenty of juice to power all of the headphones and IEMs in my collection.

As if a top notch amplifier wasn’t enough, Audeze includes a digital-to-analog convertor (DAC) with the Deckard. Its specifications are equally impressive; especially considering the sub-$1000 price point. It fully supports high resolution music up to 384 kHz for Mac-based computers and 192 kHz for Windows based USB 2.0 setups. While listening to the Deckard, I was thoroughly impressed on the performance of the DAC system through the USB input and I couldn’t believe such digital performance could be attained with a combination amplifier/DAC unit in the under-$1000 market space. I will expand on this later in my review. The one issue I had was that the unit lacked a digital SPDIF input so that I could not take the digital signal out from my CD transport and feed it through the Deckard’s great sounding DAC chipset.

Along with the extremely solid build construction, the Deckard is included with three different gain stages: Low (0dB), Medium (10dB), and High (20dB). With this flexibility was I was able to easily drive literally all of the headphones and IEMs I have on hand. From my very sensitive IEMs (using Low Gain) right up to my more power hungry full sized headphones like my HD800s and the newly released Hifiman HE1000s. But the real magic kicked in when I plugged in an Audeze headphone. Everything from the LCD-X and XC to the open EL-8s sounded sublime when plugged them into the Deckard.

For the purpose of this review I tried the new Audeze Deckard in two modes:

1.) Using the USB input from my iMac (using Amarra 3.0 and iTunes). This allowed me to hear how both the amplifier and DAC portions ran together in this standalone unit.

First up was The Grateful Dead and their newly released remaster: The Best of the Grateful Dead (2015) and Audeze’s open EL-8 headphones. Immediately the instrumental separation and sound staging capabilities grabbed my attention; especially for an amp/dac combo in this price range! Each instrument was easily detectable from the next and there was never any smearing between the players or instruments on the recording. The openness of the sound was simply jaw dropping. The portrayed soundstage was both expansive from left to right, but accurately put the musicians in their place front to back. I’ve found with plenty of other units in this price range the latter is often overlooked, but that certainly was not the case with the Deckard.

Gerry’s voice was upfront and crystal clear and never withdrawn. Seriously Jerry Garcia has never sounded as good than through this setup. Considering the price point of both the open EL-8s and Deckard (both at $699 each) the value proposition is hard to ignore. I’ve heard many systems that cost significantly more but didn’t impress me anywhere as much. There was however a slight upper mid shout with these combination; however when I switched to my NOS Metrum Hex DAC, it was not as noticeable. But the noise that plagues many up-converting digital DACs is greatly avoided by the Deckard. The sound tends t to lean toward natural making music more realistic.

Aaron Copland’s: Fanfare to the Common Man was equally inspiring as my previous album. The trumpets at the very beginning came alive with excellent tone and timbre. I’ve played the trumpet for more than 30 years and if there is one instrument I know, it’s that one. And the Deckard/open EL-8s hit the nail right on the head! The timpanis sounded alive with great force and definition. The impact was certainly there and it was never sloppy, nor slow footed. The soundstage again fired on all cylinders. The amplifier was able to open the sound up the EL-8s to levels that I didn’t think possible with gear in this range. But there you go…it is possible!

One of my favorite George Harrison albums “All Things Must Pass” is consistently in my regular album rotation and I thought it would be a perfect record to hear how the Deckard (and open EL-8s) portrayed this rock classic. The acoustic guitars at the beginning of the album really came alive and filled my head with an expansive sound scape (a common theme with the Deckard so far). The Deckard can really portray a soundstage as wide and deep as units that I’ve heard costing much more (like the Burson Conductor). George’s vocals were outstandingly clean and detailed. The treble on this album was a bit smoother than on The Grateful Dead’s The Best of the Grateful Dead (2015).

I then switched over to one of my favorites headphones the LCD-X headphones. The LCD-X are Audeze’s “Reference Level” headphones and I just love them. They are,in my opinion, the most “neutral” Audeze headphone to date and are very revealing of upstream gear. I mostly pair them with my main rig (Metrum Acoustics Hex DAC and HeadAmp GS-X Mk2 in balanced mode), so the bar was set fairly high from the get go. But while the costs of my main rig exceeded that of the Deckard by a factor of almost 10X, the performance differences were far closer.

In order to test the Deckard with female vocals I selected one of my go to standard using K.D Lang’s “Recollection”. Her version of Leonard Cohen’s famous standard Hallelujah inspired a nation when she sang it at the 2010 Vancouver Olympics. In order to see how the Deckard’s DAC section performed I listened to this album in the two modes I mentioned previously (using the DAC section or using RCA inputs from my Metrum Hex DAC). I am very happy to report that the differences that I heard were not night and day. And while not entirely fair to compare a $3500USD standalone DAC to the one included with the $699 Deckard, the Deckard did not sound out of place in comparison. As well, one feature that I truly love about the Metrum Hex is that it rarely (if ever) suffers from “digititus” that plagues so many up-sampling DACs today. The music just flowed effortlessly from it and is the closest I’ve heard to an analog setup in the digital realm. You can read my Metrum Hex review here: headphone.guru/metrum-acoustics-hex-dac/ . As alluded to earlier, to my ears, the Deckard appears to share this same quality of naturalness and ease with the Metrum Hex, but never while sacrificing clarity, details or dynamics.

Again the Deckard hit all the right notes with this K.d Lang classic. The bass performance is deep and warm, but never overbearing or slow. It lingers the perfect amount of time and then gets out of the way. K.d’s excellent voice is simply sublime; this is one of the most moving pieces of music in my collection and I got shivers down my spine as I listened to this song. Again, the sound staging was still impressive and has good texture with excellent layering and timbre. The Deckard sounds natural and what you would come to expect from Audeze.

Finally I used my Sennheiser HD800s with the Deckard. I find getting these headphones to sound “right” can be quite the challenge and most gear I’ve tried has a struggle with them. Holly Cole’s “Collection Vol. 1” I Can See Clearly Now is a classic tune that really shows off Holly’s amazing vocal and her ability to redefine a song and make it her own. The Deckard drove the HD800s incredibly well. I would say I prefer the Deckard to the Burson Conductor amplifier/DAC unit with the HD800s by a hair. The Deckard costsing roughly 50% of the Burson unit made the value proposition is extremely high for me. Holly’s voice was seductive, musical and well defined within the soundstage. The Deckard did an admirable job getting the HD800s to sound both musical and detailed and punched well above its weight class in terms of overall performance. The HD800s are known for having one of the widest sound stage portrayal. With the Deckard you can really get to hear what these headphones are truly capable of doing and all while not having to re-mortgage your home!

So would I recommend the Deckard? Absolutely! If you’re on a budget and you’re looking for an all-in one amplifer/DAC, or even standalone amplifier that can power a wide variety of headphones (planar and dynamic) and IEMs, the Deckard would certainly be toward the top of my list! The power handling capabilities at lower impedances is ideal for planar magnetic headphones, but the 0 dB gain setting works brilliantly for inner-ear monitors. That said, this unit shined with the hard to “get right” Sennheiser HD800s! The build quality is outstanding and likely the best in this range. Considering this is Audeze’s first foray into this product category , I am extremely impressed with the Deckard and give it two big thumbs up!