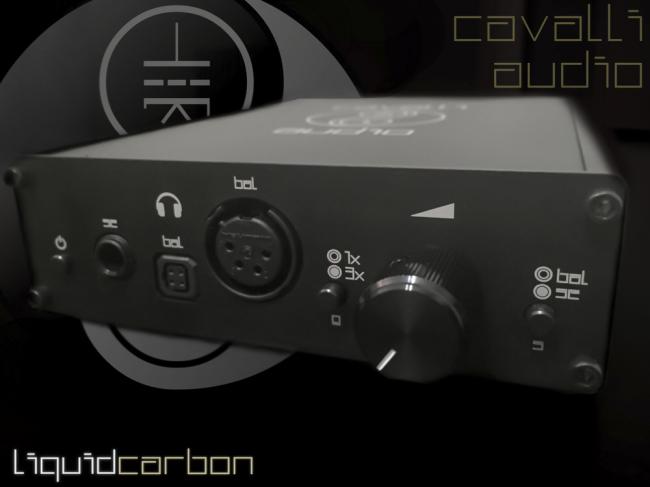 Part II of this review dealt mainly with planar magnetic headphones. Here in Part III, we’ll be taking a look at a few others.

This is where I come out of the closet; I’m an avid AKG fan boy and have loved all my AKGs. During my audio journey I have acquired an Q701, which was later replaced by my K712. I also have a vintage K240 Sextette MP which I highly treasure.

The K712, as with its predecessors, has been a love-hate experience for many Head-Fiers. For me, the strength of the K712 has always been its staging, it’s freaking huge. However, it teeters on the cold side of neutral, is highly analytical, and not for everyone. Because of that, it’s a hard headphone to pair-up, with a bad pairing equating to brittle sound and compromised bass with no slam.

Many people have said the headphone needs as much power as you can get in order to sound its best. I understand that argument. But truthfully, my experience has been that it comes down to synergy, and not so much power. Many people, myself included, think that a tube amp is the best pairing for this headphone…which is why I was keen to throw the solid state Liquid Carbon at it.

The Play-It-By-Ear amp is the second-best amp I have in my arsenal for driving the K712. The only other amp that bests it would be my Woo Audio WA6, which I acquired after sending the Liquid Carbon prototype back to Cavalli Audio. The Play-It-By-Ear‘s smooth nature helps tame the K712’s forward treble while, surprisingly enough, not compromising any of its top-end extension. The mid frequencies have nice body and aren’t overly lean. Bass with this amp is quick and detailed, with good slam. And yes, there’s also good body to the low end. Vocals are where I really like this pairing. With many other amps the K712 can sometimes sound sibilant to the point that it become’s painful when listening to badly mastered sources. The Play-It-By-Ear takes the unwanted edge off the upper mids and gives vocals, especially female vocals, an more natural and relaxed sound. This is a very good amp if you’re a K712 owner; highly recommended.

With the Project Ember amp, the sweet spot for the K712 was pulling out the RCA tube, and throwing in a Bugle Boy tube. With the Bugle Boy, highs sounded more airy and natural, albeit not as airy as with the Play-It-By-Ear. Mids were forward with slightly more body and detail then the Play-It-By-Ear. Bass had more control as well, and more body with excellent slam when the music demanded it. My personal favorite test track with this pairing would be Darudes Sandstorm track. It served to demonstrate how hard the K712 could slam and how good bass control could be. Believe it or not, with the right amp behind it, the K712 can slam hard alongside some the best of the headphones on the market. But the best part about this pairing is the sound stage. With the Bugle Boy tube, the staging is massive. Think stadium third row massive. It’s a very good pairing – not without its flaws of course, but the flaws are overshadowed by its strengths.

Personally, I’ve never been a huge fan of solid state when amping the K712. I know there are good solid state amps out there for this headphone but in the price bracket I’ve searched in I’ve found myself left wanting. I’m glad to report the Liquid Carbon put all my concerns to rest as far as solid state is concerned. With the K712, the Liquid Carbon avoids all of the pitfalls I’ve experienced with solid state amplification. Earlier in this review I said the Cavalli house sound was all about finesse and transparency. You can also add smoothness to that. With the Liquid Carbon in the chain, I experienced one of the most transparent and smooth audio presentations I’ve ever heard on my K712. In addition, tonality was nearly perfect. Overall, I would have to rank the Liquid Carbon first, with the Play-It-By-Ear a very close second, and the Project Ember coming in at third place. I really didn’t expect the Liquid Carbon to fare very well with my K712 but surprisingly it did.

When the ETHER was first announced, and heard for the first time under meet conditions, impression after impression raved about how well the ETHER paired with the Liquid Carbon. In fact, Cavalli Audio amps are one of the very few amps that Dan Clark (MrSpeakers) trusts to showcase his headphones. After hearing this combination, I understand why.

For me, the ETHER was the king of all the headphones used in this review, in benchmarking the Liquid Carbon. This pairing was hands down the most transparent, dynamic, and resolving of any of the pairings I made.

Overall, from top to bottom, it was very linear, and coloration was practically non-existent. Highs are smooth and extend up as far as my K712, with a very gradual roll off in the uppermost frequencies. Midrange presentation is dry, dryer then my Paradox or HE400i.

Note decay was blazingly fast, far faster than the LCD-3, K712 or the HE-400i. Bass was equally fast, detailed and reached down deep, think into the dungeons deep. Although not the most slamming bass I’ve ever heard it was one of the most resolving I’ve heard. I like linear detailed bass that reaches down low.

This pairing is a beautiful pairing easily deserving of the mantra of audiophile grade. Definitely a must hear if you’re going to be a future ETHER owner.

The UERM has been my go to custom IEM of choice for the last three years running. It’s dead neutral, and has been useful for me in benchmarking various gear. I really wished I could have done a shootout with my Play-It-By-Ear and Project Ember amps but unfortunately both amps are far too noisy to drive the UERM. They hiss too much.

The Liquid Carbon on the other hand is dead silent; I was amazed how low the noise floor was on this amp. To date, the best pairing I’ve experienced with the UERM was with my (now gone) Astell&Kern AK120 DAP. The Liquid Carbon changed all that by driving the UERM that much better than the AK120 ever did.

First off, the AK120 was warmer sounding when compared to the more neutral Liquid Carbon. Bass was as quick as ever if not quicker and easily more detailed than the AK120. The mid-range was neutral, an attribute the UERM is known for. It was also more forward, and spacious, with plenty of detail. Top-end extension was better, and the Liquid Carbon was both airier and had more energy, all the while still remaining smooth.

This was easily the best I’ve ever heard my UERM sound. It was so good I’m now looking into commissioning a RSA balanced cable for my custom and using the Liquid Carbon as my at-home CIEM amp.

When I first pre-ordered the Cavalli Audio Liquid Carbon it was with some trepidation. Although Cavalli Audio is known for uncompromised design, buying a new piece of gear sound unheard is always a little nerve-racking for me. In the past, I’ve been stung by enough hype trains to know that what the boisterous mob says isn’t always true.

After reviewing the Liquid Carbon, and hearing for myself how it cleaned house against my other amps, I’m quite happy to say that I’ve set aside any second thoughts I might have had. I now look forward to receiving my very own Liquid Carbon to enjoy.

Since returning the review unit, I’ve quietly gone about selling off my extra gear, and building a whole new audio chain specifically around the Liquid Carbon. Currently I’ve purchased a new Chord 2Qute DAC, and some balanced cables for my headphones, as I eagerly await the Carbon’s arrival.

The only two quibbles I have about the Liquid Carbon are as follows. First, I hope that the Liquid Carbon permanently finds its way into the Cavalli Audio product lineup. It’s far too good an amp to be a limited run. Secondly, considering that this amp is small enough to be transportable, I really hope that it will come with a nice protective pouch for those of us who will no doubt be throwing it into our luggage or backpacks.

Besides that there’s really nothing in the negative I can say about the Liquid Carbon. All that’s left to say is if you haven’t bought one yet, order one quickly before they’re all gone.