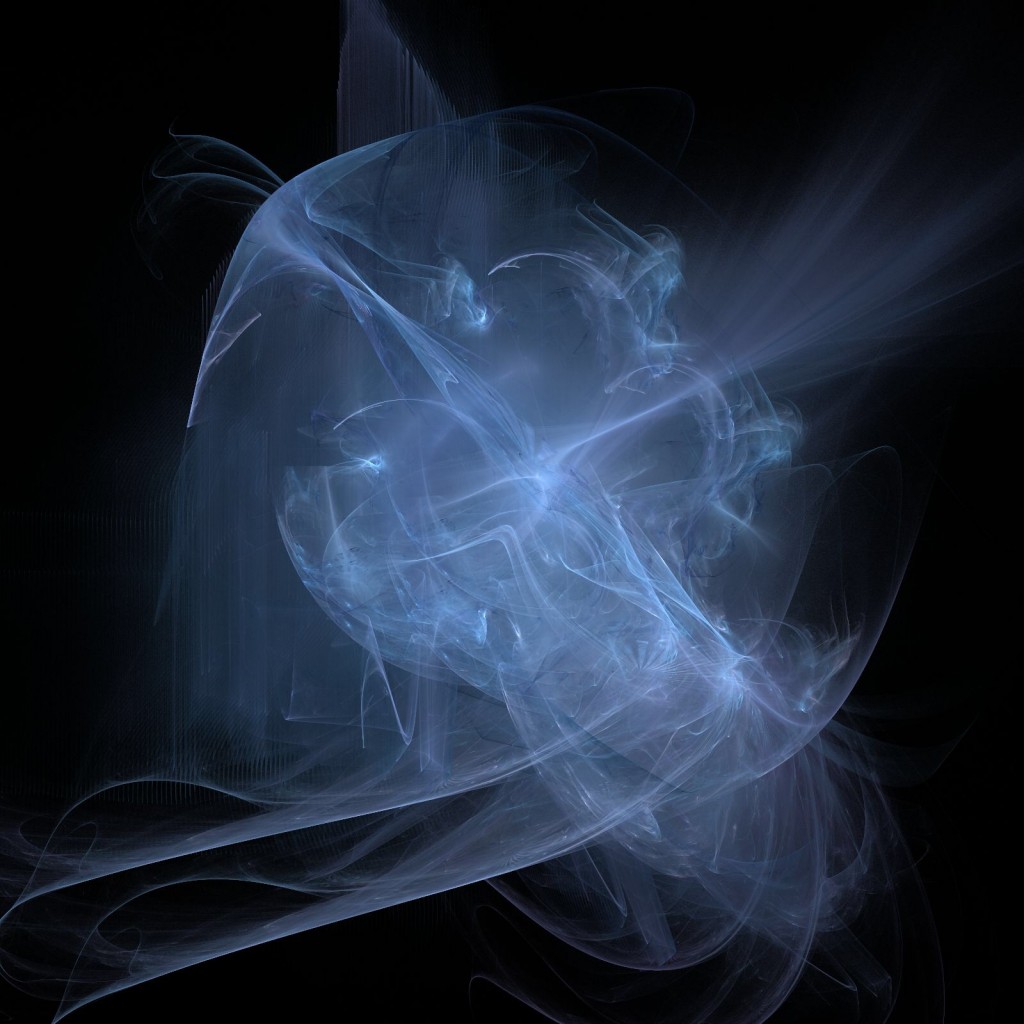 Last month, I talked about three “basic” steps for creating and manifesting music into the physical universe. These are:

I gave a brief description of each of these and outlined step one. This month, I will dive into step two.

Here is a brief summery of step one:

Step Two: Rendering Sound And Music Into The Physical Universe.

Using intention, a creative thought is instantaneously manifested into the physical universe. This means that this idea or feeling…this bit of spontaneous creation…must somehow take on a physical form which can then be transmitted over a distance to some sort of receiver (i.e. a listener).

The very first step of this rendering process begins on a quantum level with a particle called the photon. A photon is an elementary particle, the quantum of light and all other forms of electromagnetic radiation, and the force carrier for the electromagnetic force. It is within the photon that a vibrational energy imprint of the creative thought is transmitted into the physical universe. This vibrational pattern contained in the photon must then be modulated to bring it further into physical reality. This is accomplished by a process known in physics as the photon interaction: The absorption and emission of photons by particles or objects. Usually the photon interacts with an orbital electron, being absorbed by the electron that is then raised into an excited state. Then the electron decays from the excited state, emitting another photon. The macroscopic world is created by this interaction, which is the basic quantum change interaction.

These different states of energized particles effect the molecular structure and activity of atoms and molecules. These structural changes are how physical matter responds to the vibrational patterning within the photon. As a result of the photon interaction, information in the form of a vibrational pattern is sent to the mind. The information is then brought into the physical world by the brain. For example, the brain sends instructions to the muscles and tendons of the body setting it into motion.

But one can’t get the body moving by thought alone; one must additionally produce mental force (emotion) on the basis of that thought in order to achieve physical activity (motion). The action to move the body requires effort. The intention to exert effort bridges into the body by emotion. In other words, the physical-mental bridge is emotion. Emotion is motion. Emotion = Energy in Motion; therefore, emotions are also vibrations and have frequency.

The mind is an energetic construct and being an energy phenomenon, is always in some state of vibration. It cannot hold still; it pulses. The vibrations emanating from it are felt as emotions. (Emotion in Latin, means a motion emanating.) Emotions have frequency and amplitude. The lower the frequency, the lower the emotion; the lower the amplitude, the weaker the volume of expression. It is a total parallel to guitar strings – the tauter they are, the higher their pitch; the wider they swing back and forth (because they were plucked hard), the louder they sound.

The photon interaction first becomes observable or “sensed” by consciousness within the auric field. The auric field is the electromagnetic field that surrounds the human body and every organism and object in the universe. The auric field of a human is called the “Human Energy Field” (HEF) and is a collection of electro-magnetic energies of varying densities that permeate through and emit or exit from the physical body of a living person.

There are seven levels that make up the complete HEF. Each of these seven layers has its own frequency and is inter-related. They affect the whole person on every level of being — emotional, physical, mental, and spiritual. Music and sound is experienced first in the auric field within the bandwidth of frequencies of emotion. Most people can “feel” emotion when listening to music. Some people are able to “see” these frequencies as fields of color surrounding the body. Some people can even see sound itself as various colors depending on frequency.

The HEF is used by the body and the mind to sense incoming vibrational information from the surrounding environment which is then sent to the brain for processing. It is also used by consciousness to transmit vibrational patterns from the photon interaction to the mind and body directly. A vibrational shift in the HEF is felt by consciousness as some kind of motion. The field itself is shifted into a different rate of vibration or frequency. This response by differing wavelengths produces a sensation and a state of mind which effects the individual or another. One of these effects is called emotion. This is the first observable response to a creative thought in the physical universe.

The second observable response is the motion of the individual’s body. The body responds to emotional changes in various ways depending on one’s genetic makeup (DNA), their environment and their past experiences (memory).

The process of manifesting a thought as a sound or music requires the body to respond in a way in which it can interpret the different evolving emotional frequencies within its HEF into a form which can be experienced by others. In other words, the body must be in motion in some manner to then set the air in the environment into motion. The most immediate and natural expression of body motion is the voice. The next might be the stomping of the feet or clapping the hands. Next could be the beating of the hands on a physical object like a drum. The natural evolvement of this process has lead to the development of many instruments designed to take the mechanical motion of the body and convert it into some kind of sound.

Demodulation is the reverse process of modulation using a carrier lower in frequency than the transmitted wave pattern.

From a different viewpoint, one could call the carrier wave “intention.” Intention is used by consciousness to manifest a thought or idea. One could consider intention to be the command factor as much as anything else. If you intend something to happen it happens. So intention is the carrier of a thought; it is not the thought itself.

It is interesting to note that the entire process from the original thought manifesting from the quantum potential to actual sound in the air is accomplished by modulating vibration from one form to another. Modulation is a basic factor in converting an unobservable wave pattern in the quantum potential (Virtual State), to an observable state in the physical universe as wave patterns in the air.

Now it is important to note that the original creative thought has a frequency of around 1.4990e+34 khz! So for this frequency to be perceived as a sound wave, it must be modulated DOWN to a bandwidth between 20hz to 20khz. Essentially, when one listens to music, this entire process reverses direction. The sound wave must be modulated to a higher frequency for consciousness to directly perceive it.

An additional note, at step e. above, time is introduced into the process.

Once a thought has been modulated down into the frequency spectrum of emotions, it can be perceived in many different ways depending on its frequency and the converted wave type. Such as an electromagnetic or sound wave.

Before the event of modern technology, music making was a realtime function. Music was something that occurred spontaneously in realtime. As humans became more evolved, they gave music a language of its own and realtime improvisation became non-realtime. The improvised process was basically slowed down to become composition which could be written down and played again and again.

Human beings grow attachments to certain songs or compositions. These attachments are usually the result of emotions which are experienced from listening to specific music. These emotions resonate with the same or similar emotional responses from an experience in a past memory. This phenomenon has been one of the strongest factors that draw people to music within a society or culture. These memories consist of mental image pictures (MIP). As discussed in last months column, a MIP is an observable discreet physical mass which manifests in the mind. Musically, this could be a note, a chord, or a sound. Emotions are just energy patterns, which are included within the MIP. These MIPs contain all the human perceptions required for a three-dimensional, physical world experience. Emotions are a powerful resonator for triggering other perceptions contained within the MIP. This is the basis for the mechanism by which we respond to the musical experience.

Many musicians create music and sound with the intention to evoke specific emotions (which then resonate a MIP) from memories that people tend to commonly experience and share within a society or culture. What is interesting to note here is that this type of musical experience tends to draw the listener out of present time…or the inverse, pulling the past memory into realtime. It is the same thing.

But there are other ways to create and experience music. At a higher vibrational level, one can listen to each musical or sound event in realtime thus transporting the listener to different experiences and surprises from moment to moment. Essentially, this way of creating and listening to music is in present time…moment to moment.

Music and sound is a very powerful medium for human experience. The use of sound is almost limitless. A metaphor…water takes the shape and form of the vessel it is poured into. Sound and music can also take any form or use the individual chooses. It can be used for entertainment, personal or political statements, emotional connectedness to loved ones and friends, healing, meditation, communication… the list goes on.

My own project called the Currell Effect is a process that directly modulates the quantum potential by using a specific sound field. The process is called Harmonic Resonance of the Quantum Potential. The listener can manifest any creative thought, or retrieve information, past, present and future from the quantum field. I will discuss this project in more detail in a future column.

It is my opinion, based on my own experiences, the most elevating process of creating music is in present time: Each musical event being created and manifested in realtime. Improvisation.

Step two to be continued……