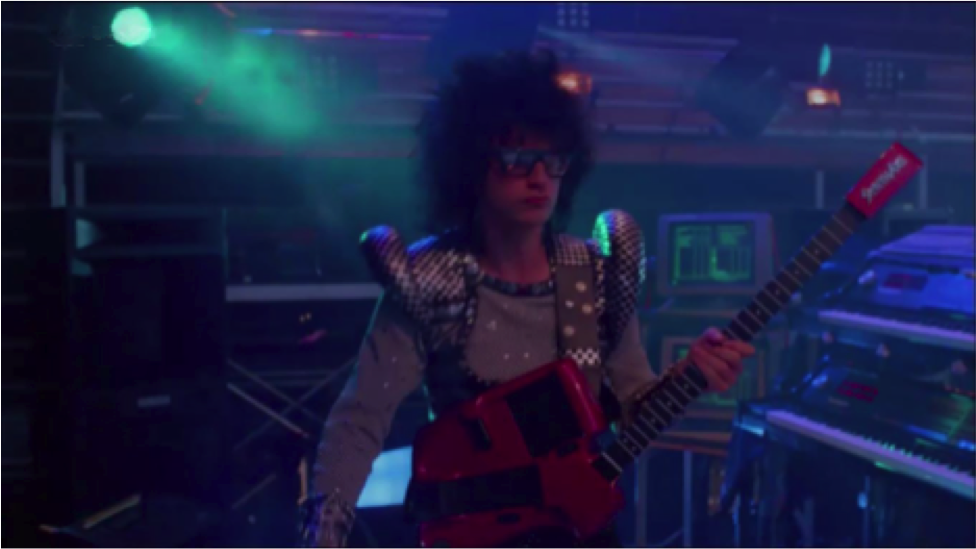 Hello everyone! Welcome to this month’s Event Horizon. I thought this month I would change things up a bit and talk about another interesting subject…Music Technology: Friend or Foe. It is basically my view on the relentless advancement of technology, the “keeping up with the Jones” mentality intermixed with a short and slightly humorous take of my personal music journey. I will return to the subject of “Manifesting Creativity” next month. Enjoy….

One of the keys to my success in the music business is staying on top of technology. I have always been interested in science and gadgets since I was a kid. In fact, at one time I wanted to be a nuclear physicist (the world would have been in really big trouble if that had been the case). When I was in high school, I saw a local dance band and how they got the attention from all the girls and I was forever corrupted. I wanted to be a musician right then and there! Since then, I have realized the wonderful magic music making really is. With music, you can make people laugh or cry. Through music, you can even find out about yourself and your relationship with the universe (Manifesting Creativity).

As I got more and more into playing music, I began to notice I needed better equipment to improve the sound I was getting from my guitar setup. The sounds I was hearing in my head demanded that I get better equipment. This of course set off a chain reaction and changed my life. I had to make money to support my lust for technology. This required me to get a real job or be more successful in the music business.

As the music I was hearing in my head grew more sophisticated, so were the demands of the tools I needed to make that music into reality. I went from guitar to the Synclavier Digital Music System, a $40,000.00 computer system that makes music (and an assortment of other things!). I had to have that machine! I could create all the music parts myself, record them and print the scores without the help (or hassle) of other musicians! I spent my last $80.00 on the Synclavier manual. It was the size of a LA phone book! Luckily, I have excellent reading skills!

I was determined to get this amazing machine but the cost was astronomical. I had to learn about high finance, investors, banking, and change my circle of friends just to acquire my first Synclavier. It took two years of trying to get investors, loans, and endorsements before I was finally able to buy an entry-level system for $25,000.00. I was in heaven and broke!

Well, in order to use the Synclavier, I now had to learn about computers, how other musical instruments were designed and played, and learn to play keyboards. I had to learn synthesis and recording techniques. What a small price to pay in order to duplicate the sounds and music that are going on in my head! I thought the knowledge I need to learn would make me a better musician. It did.

Since I was on the cutting edge (or should I say bleeding edge) of technology, record companies started calling me to produce albums for them. I was starting to get major attention from the music business. I needed to pay for this thing and being ahead of the technological curve seemed to be a successful action. Soon, I was working for many record labels and artists producing and creating new sounds and paying the bills. Life was good!

My name started really getting around. Then one day, Michael Jackson called me and wanted me to teach him how to use the Synclavier. He had one but didn’t know how to run it and the people he had been working with were more technicians rather than musicians, so he couldn’t relate to them. He wanted me to teach him. I went to his house and after three hours of tutoring, he asked me to come back the next day for a recording session. From that point, I was working with Michael for three and a half years as his Synclavier programmer, arranger, musical consultant, studio musician and friend.

Now I was making big bucks! The price tag of $4,000.00 per megabyte of RAM wasn’t a barrier to upgrading the system anymore! I continued to dump more $$$ into the Synclavier and my own recording studio, after all, advanced technology was paying the bills! I rushed out and upgraded the Synclavier to full blown at a price tag of about $450,000! No problem! I am working for Michael Jackson! Life was really good!

Well, after three and a half years of recording and touring with Michael, I started to feel somewhat depressed. I was reasonably successful; I was working with many of the world’s best musicians and producers. I had been on one of the most elaborate and costly stage productions ever (Michael Jackson’s “Bad” tour) and yet I was not happy. I realized that I had not been doing my own music for over five years! I had gotten off into success and technology to such an extent that I had forgotten that the reason for doing all this was a path to create my own music! Life was not good!

I quit Jackson and moved on. Still, my love for technology kept hounding me. My search for better quality sound and capability (and financing my seemingly insatiable appetite for techno lust) led me to Japan. Because of my work with Michael, the Japanese record companies started hiring me to produce all their top acts. Soon I was recording sounds and music for theme parks and video games as well. The money was good and I was in technological heaven! Life was good again!

At this point in time, I was currently (but marginally) satisfied with the digital recording technology (Mitsubishi 850 digital multi-track recorder) and the sound generating technology (the Synclavier) but I was concerned with the lack of quality of space (I am not referring to the space between my ears!). I am talking about reverb technology. Being interested in binaural sound technology, I went on a search for a new way of creating realistic space. After securing a $300,000 loan for research and development from a Japanese company, I assembled a computer system that created highly realistic three-dimensional sound.

Again, to justify the expense and to help get this new technology into the music and audio industry, I decided to partner with various companies to try and get this “Virtual Audio Processing System” out to the world. After investing 10 years of my time, being swindled by some .com companies who tried to steal my knowledge and losing over $100,000.00 in legal fees, I was really on a bummer, life was not good!

Then! One day, a giant solid steel apple (not an Apple computer) fell on my head and I had an amazing revelation!

What happened to MY music? After spending over $2,000,000 of my own money on audio technology and working on dozens and dozens of albums and projects for other people, I realized that I didn’t have one album under my own name! What is wrong with this picture? I had gotten caught up with the glamour of high technology and success. I justified it by saying I needed certain technology before I could create my own music. I feared if I didn’t take the next production job, someone else would push me out of the limelight. I lost sight of the reason I got into music in the first place, to create my own music. It was all a very insidious process over a long period of time. After this revaluation, I got busy and started working on my own music again. Life became really good!

Today there are many manufactures pushing what they call the “latest in technology”, while giving musicians and listening fans the idea that they cannot make or listen to good music without their products. They give the impression that you aren’t hip and happening unless you use their latest software or hardware gadget. Many of the so-called music industry magazines have become nothing more than a source of free reviews and advertisements of equipment that the magazine buyer is paying for. On the surface, this seems more or less fine but on closer inspection, these magazines are highly suspect when it comes to unbiased reporting because the advertisers keep these magazines financially afloat, not the subscribers. Without a good review, no more advertising money, without advertising money, no more magazine! The magazines have to write a reasonably good review or risk the consequences. To the consumer, it appears that all technology is great and you NEED IT! These conditions contribute to the musician or listening fan into believing he has to have certain equipment to create or listen to music and to compete. The reality is, being a gear slut is not required to being a great musician or composer. Talent is. To the listener, it is the joy of experiencing the music itself, not listening to how smooth the high frequency response is of your tweeter.

I still think technology in general is great. The cost of high quality instruments and recording gear has dropped radically and allowed many musicians the opportunity to play and record their music in ways that were previously not possible. For the listener, the sound quality of equipment has generally increased while the cost has reduced. We also see the phenomenon of the audiophile. A person who is more or less obsessed with owning the best audio playback equipment available. But, when is enough, enough? We must not lose sight of the reason this technology exists in the first place creating and experiencing music! Some manufacturers don’t even care about music; they just care about their bottom line. Some equipment is just down right terrible and doesn’t even work. It is for these reasons that I have rarely ever endorsed a piece of musical or audio equipment. It is very important to not get caught up in a “must have before can do” syndrome. We can create and listen to music with just about anything. Really!

The music, self-expression, is the goal. All the computer technology in the world cannot create human expression. Only humans can. Technology is only a tool. These tools are wonderful but having a hammer does not mean you have the skill to build a house that people can happily live in.

As a musician, save yourself time, energy, money, unnecessary headaches and letdown by focusing on improving your musical self-expression and originality. As an audiophile, educate yourself musically, work on getting rid of the noise in your head and focus on the spirit of the music instead of drooling over equipment ads.

Happy holidays and have a wonderful new year!

See you next month here at the Event Horizon.

Or…just type my name – Christopher Currell – into your browser.